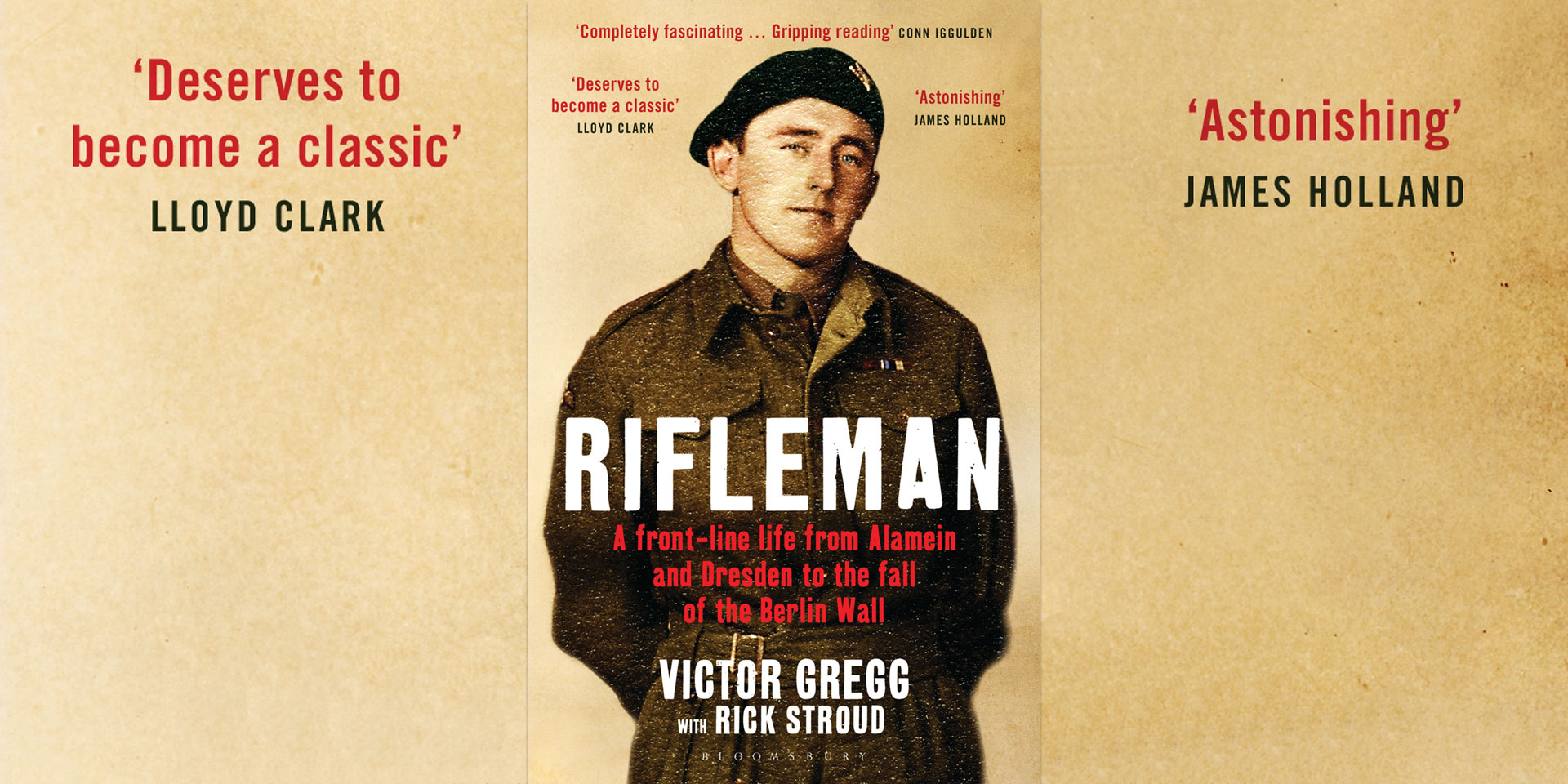 Join veteran Victor Gregg, in conversation with historian Rick Stroud, talking about his life in the Army and beyond.

Born into a working-class family in London in 1919, Victor Gregg enlisted in the Rifle Brigade at 19. During the Second World War, he was sent to the Middle East and saw action in Palestine.

Following service in the Western Desert and at the Battle of Alamein, he joined the Parachute Regiment. In September 1944, he found himself at the Battle of Arnhem. When the paratroopers were forced to withdraw, Gregg was captured and became a prisoner of war.

Sentenced to death in Dresden for attempting to escape and burning down a factory, he was only saved by the Allies' infamous raid on the city the night before his execution.

Gregg's adventures continued after the war. From shady dealings and strange meetings with MI5, MI6 and the KGB, to encounters in Eastern Europe on the eve of the fall of the Berlin Wall, this is the story of a true survivor.