From the tank turret: A soldier's view of the Normandy Campaign, 1944 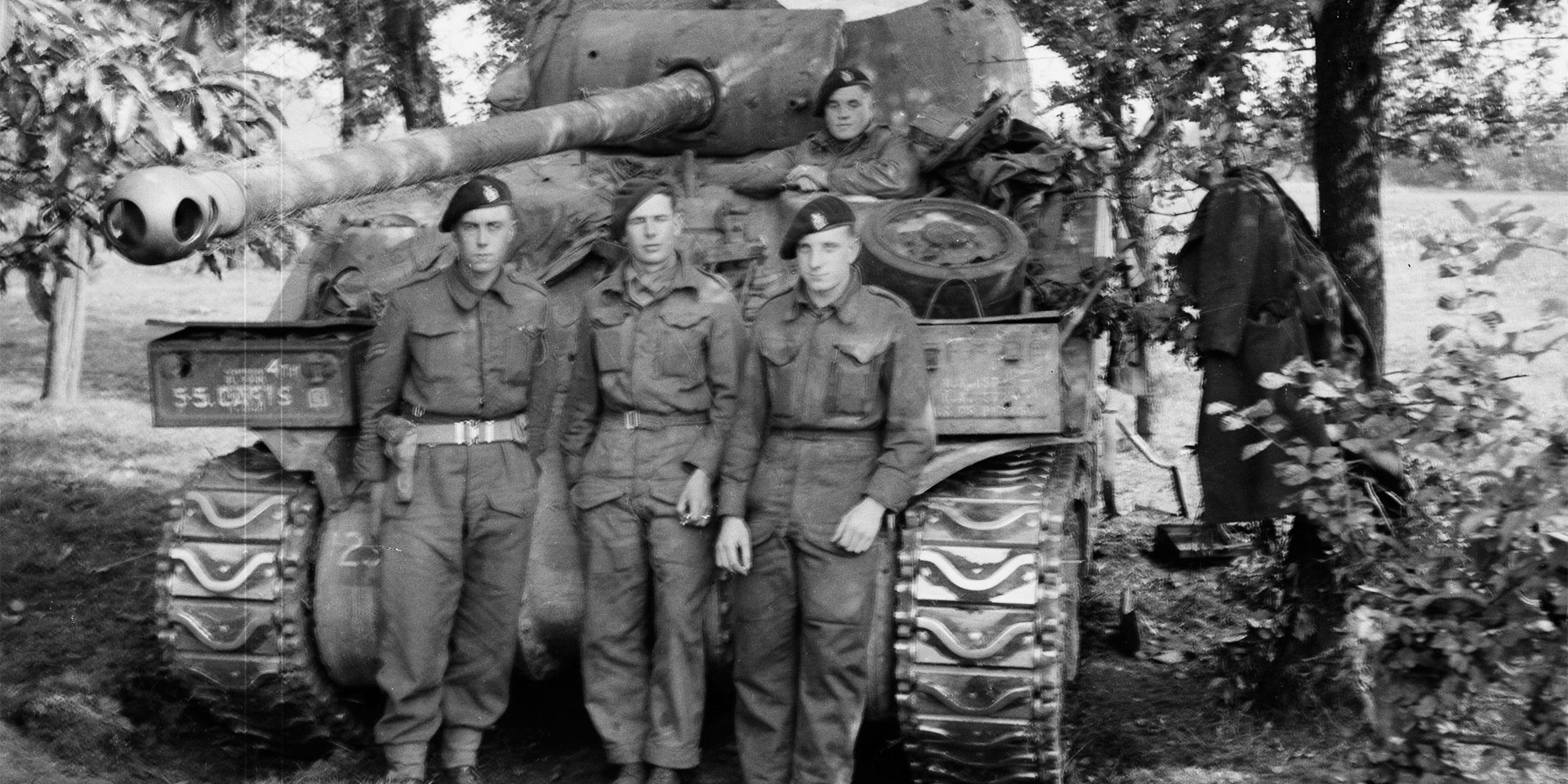 Ian Maine, Assistant Director of Collections at the National Army Museum, tells the story of the 3rd County of London Yeomanry in the Normandy Campaign of 1944.

After fighting in both North Africa and Italy during the Second World War, the 3rd County of London Yeomanry returned to Britain to prepare for the campaign in Normandy.

Arriving in France on 7 June, the day after the D-Day landings, the regiment was soon involved in key parts of the breakout from Normandy, including Operation Epsom and the Battle for Caen.

The 3rd and 4th County of London Yeomanry regiments suffered such heavy casualties that they were amalgamated in theatre - going on to fight their way through the Netherlands and into Germany in 1944-45.

This talk will be illustrated with a remarkable series of photographs, taken strictly against the regulations of the time.