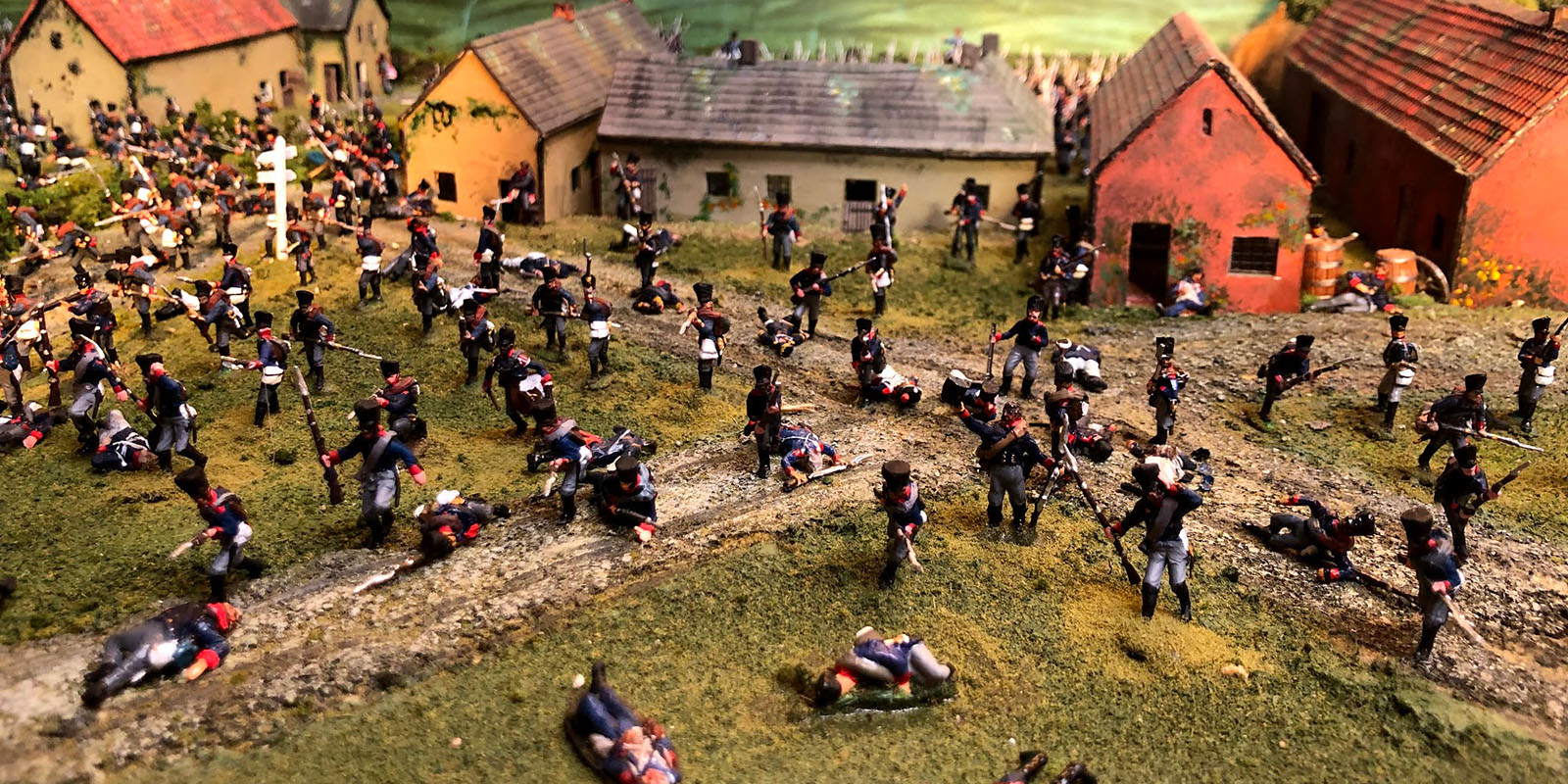 Join Major General James Cowan as he discusses his biggest project to date – remodelling the battlefield of Waterloo.

In the 1830s, Captain William Siborne created two models of the Battle of Waterloo. One is now on permanent display at the National Army Museum; a smaller model resides at the Royal Armouries Museum in Leeds.

Siborne was not present at Waterloo in 1815. But as a talented cartographer and model maker, he managed to produce highly detailed models based on interviews with survivors and his own painstaking survey of the battlefield.

While Siborne’s work was pioneering for its time, much has been learnt since. Moreover, given Siborne’s limited access to soldiers who fought for Britain’s allies or adversaries, his depiction of events has a very British slant.

Recognising this room for improvement, Waterloo Uncovered trustee Major General James Cowan decided to construct a new model, incorporating modern scholarship and archaeological evidence. In this lecture, he will highlight what led him to embark on this project, its history and its creation.

Waterloo Uncovered is a charity that uses archaeology to help improve the lives of veterans and serving military personnel. For six years, they have brought together a diverse team of world-class archaeologists, university staff, veterans and serving soldiers to create new insights not only into the historic battlefield of Waterloo but also into the experiences of today’s servicemen and women.