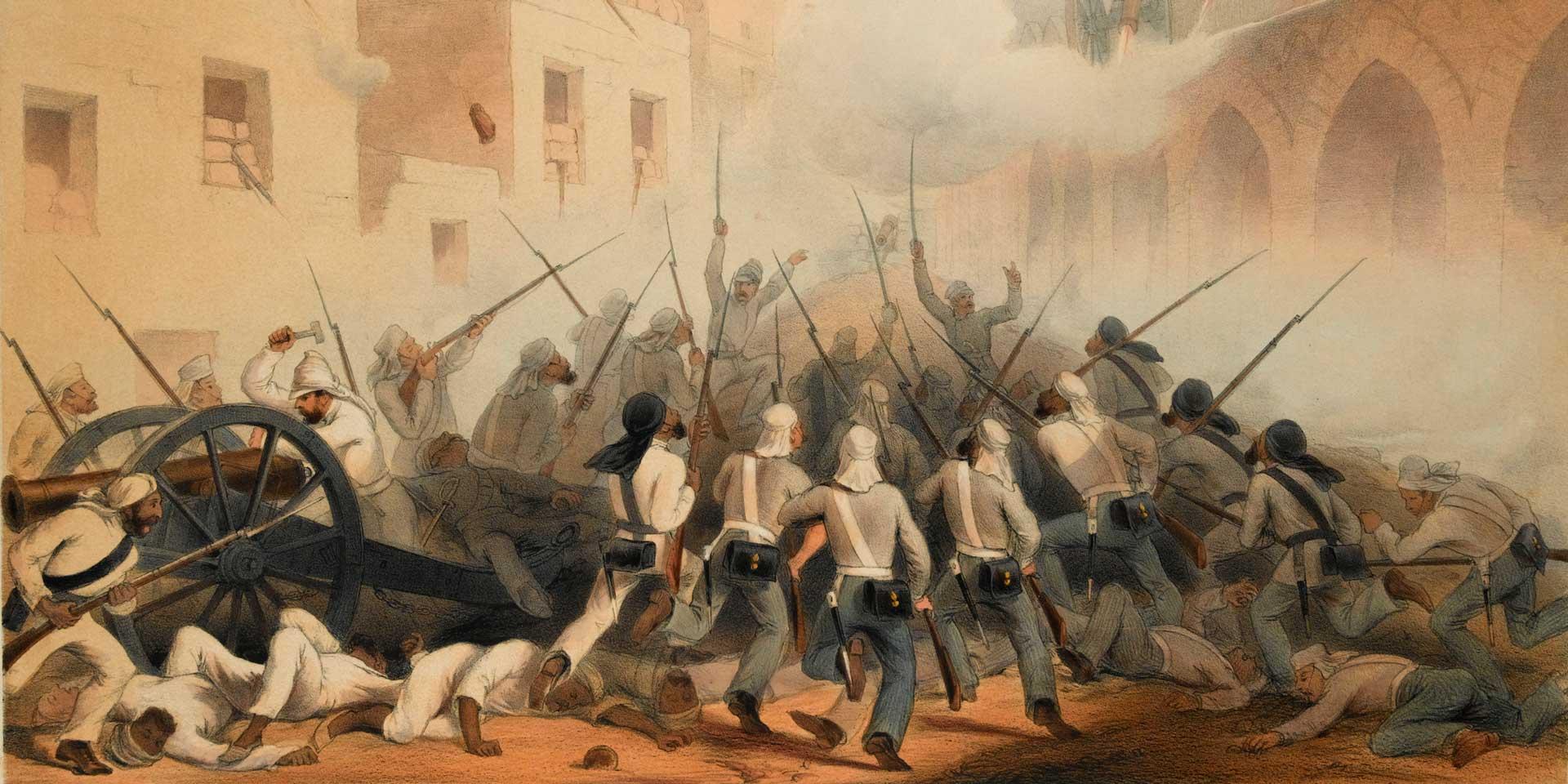 This regiment’s lineage dates back to 1756, when the Bengal European Regiment was formed out of existing independent companies of non-Indian troops. This was then split into three separate regiments in 1765.

It fought against border tribes at Shikarpore in 1845 and served with General Gilbert’s Division in the Second Sikh War (1848-49). In 1850, it swapped the title ‘Light Infantry’ for ‘Fusiliers’ and soon afterwards took part in the Second Burma War (1852-53). It also fought in the Indian Mutiny (1857-59), particularly distinguishing itself at the Siege of Delhi in 1857.

Like all other European units of the East India Company, the regiment transferred to British government control in 1858. Then, in 1862, it was given the numeral 104 in the British Army’s order of precedence.

Four other line infantry regiments with the numeral 104 had been raised between 1761 and 1817. But the Bengal Fusiliers had no link to any of them.

In 1871, it moved to England and was then stationed in Ireland from 1877. It was still there in 1881, when it amalgamated with the 101st Regiment of Foot (Royal Bengal Fusiliers) - another former Bengal European unit - to form The Royal Munster Fusiliers.