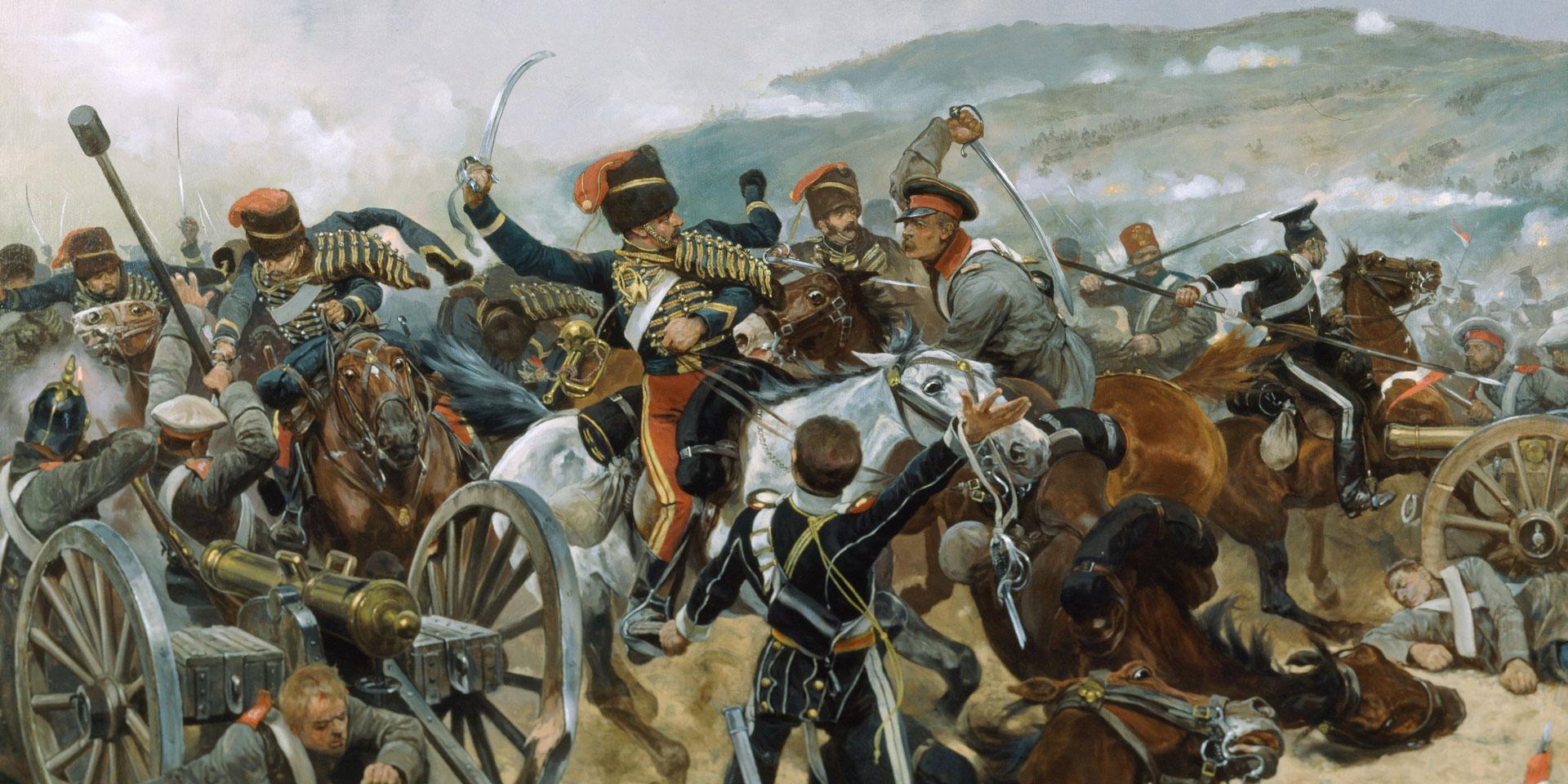 In July 1715, Jacobite discontent was approaching crisis point in Scotland. The new monarch, King George I, ordered that nine dragoon regiments be raised. One of these was the unit that would, in 1751, be numbered the 11th Dragoons. The rebellion broke out two months later and a detachment of the regiment stormed the barricades at Preston as dismounted infantry.

In the Second Jacobite Rebellion, 30 years later, one troop from the regiment fought in the Hanoverian defeat at Clifton Muir, the last battle on English soil. It also pursued the fleeing Highlanders at Culloden (1746).

During the Seven Years War (1756-63), the regiment took part in raids on the French ports of St Malo and Cherbourg. Then, from 1759, the entire regiment served in Germany, fighting at Warburg (1760) and Villinghausen (1761).

In 1783, it was retitled as the 11th Regiment of Light Dragoons.

In 1793, it sent two squadrons to fight in France and the Low Countries, serving at Famars and Valenciennes. It returned to Europe in 1799, fighting at Alkmaar.

The following year, it sent men from its ‘C’ Squadron to Egypt to join General Ralph Abercrombie, a former commander of the regiment. Abercrombie was so impressed by their conduct that he requested that the squadron be allowed to parade in the place of honour to the right of the line, a tradition still perpetuated by its successor regiment.

One of the nicknames of the 11th Hussars was the 'Cherry Pickers', but where did this originate from?

In 1811 in Spain during the Peninsular War the regiment was surprised by the French while resting in a cherry orchard.

In 1819, it set off for its first Indian posting, during which it was involved at the Siege of Bhurtpore in the Jat War (1825-26). This lasted until 1838 and left all but 224 men of the regiment unfit for service. It was then stationed in Kent to bring itself back up to strength.

When Prince Albert landed at Dover in 1840, the regiment provided his escort as far as Canterbury and part of the escort at his ensuing wedding to Queen Victoria. He subsequently adopted it, becoming its colonel, converting it to hussars in 1861, and granting it his name, title, motto, crest and crimson livery trousers.

It spent much of the rest of century in England and Ireland. This was interrupted by two more Indian deployments, from 1866 to 1878 and from 1890 to 1899, and garrison duties in South Africa and Egypt.

In August 1914, it joined the British Expeditionary Force, remaining on the Western Front throughout the First World War (1914-18) in both a mounted and dismounted role. Its engagements included Mons and Nery in 1914 and Ypres in 1915.

In the 1920s, it garrisoned Egypt and India and, in 1928, became one of the first British cavalry units to mechanise. The regiment then deployed to Egypt and Palestine for much of the 1930s, manning the border with Italian Cyrenaica during the Abyssinian crisis and suppressing the Arab Revolt.

Explore the history and collections of the 11th Hussars (Prince Albert's Own) by visiting the Museum of the King's Royal Hussars.