17th (The Duke of Cambridge’s Own) Lancers

The 17th Lancers at the Charge of the Light Brigade, 1854 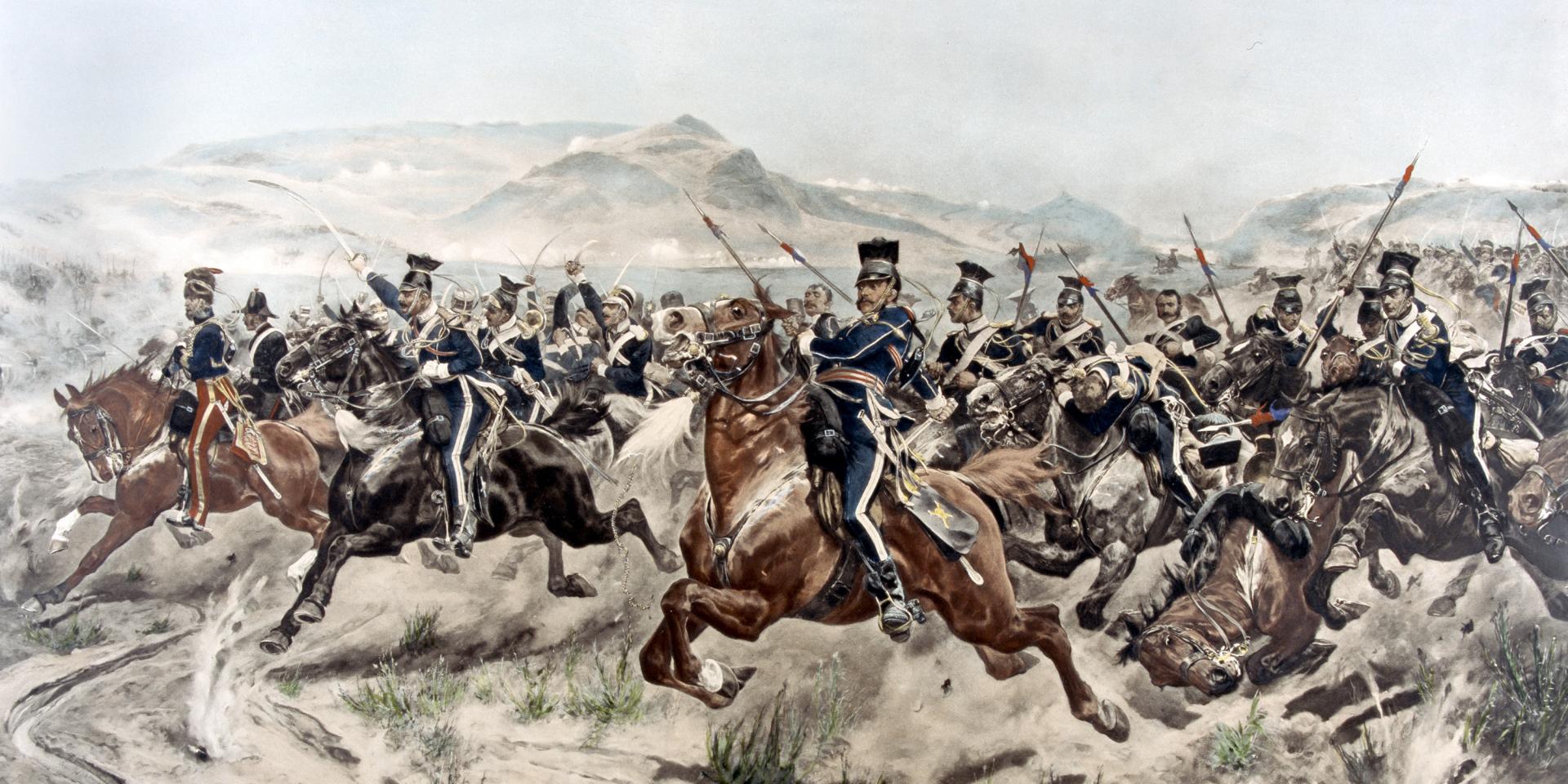 The 17th Lancers at the Charge of the Light Brigade, 1854

In 1759, Colonel Hale of the 47th Foot was sent back to Britain with the news of General James Wolfe’s death at the Battle of Quebec. As a reward, he was commissioned to raise the 18th Light Dragoons.

In memory of Wolfe’s demise, the regiment's cap badge was a skull and crossbones, and its motto ‘Death or Glory’. In 1763, it was re-numbered 17th in the order of precedence.

Its first overseas service came when a detachment of the unit was sent to Germany during the Seven Years War (1756-63).

The 17th served in Ireland, England and the West Indies during the French Revolutionary Wars (1793-1802), helping to take Santo Domingo (1796) in the Caribbean.

In 1806, it was sent to assist an attempt to capture the Spanish colony of Buenos Aires, which proved unsuccessful. After moving to garrison Cape Colony, it then sailed to India in 1808. During its time there, it fought in the Third Maratha War (1817-18).

The unit finally returned to Britain in 1823, finding out en route that the Army had converted it into a lancer regiment.

Which of the following was a nickname of the 17th Lancers?

In the 1790s, the regiment was given the nickname ‘Horse Marines’ after some of its troops served in the Caribbean on board HMS ‘Success’.

Three years later, it was sent to India as reinforcements during the Mutiny (1857-59). It took part in the final operations of that campaign, before returning home in 1865.

The regiment’s next overseas service was at Ulundi in the Zulu War (1879), where it carried out a decisive charge against the retreating enemy.

Following a further 20 years of imperial and home garrison duties, it moved to the Boer War (1899-1902) in 1900, fighting in several engagements including the Battle of Modderfontein (1901).

Lieutenant William Gordon's stable jacket worn at the Charge of the Light Brigade, 1854

The stand of the 17th Lancers near Modderfontein, 1901

The regiment deployed to the Western Front with the 1st Indian Cavalry Division in October 1914, serving in the trenches at Festubert (1915) and on the Somme (1916). It only resumed mounted duties at Cambrai in 1917. During the German Spring Offensive in 1918, it served as mobile infantry, helping to plug gaps in the line.

Discover more about the 17th (The Duke of Cambridge’s Own) Lancers by visiting the Royal Lancers and Nottinghamshire Yeomanry Museum at Thoresby Park, Nottinghamshire. 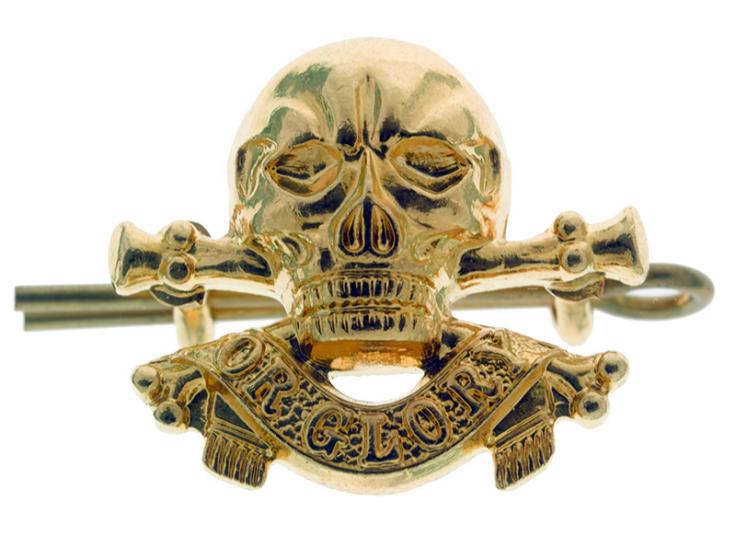 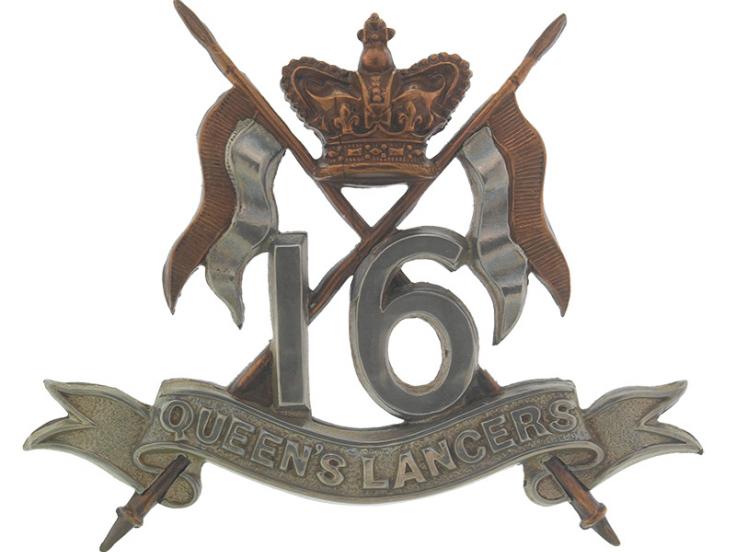 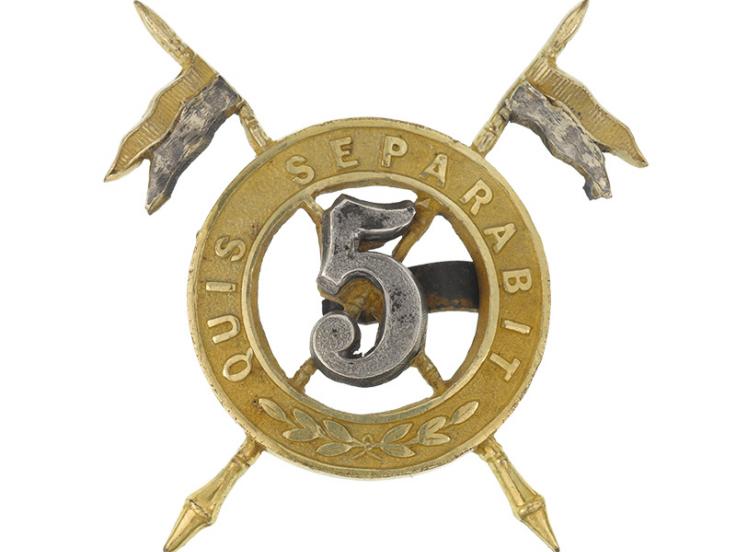 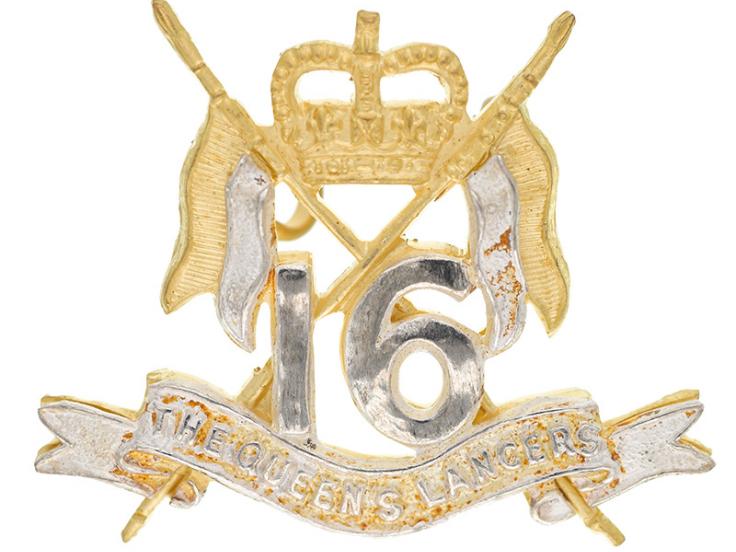