‘View of the successful attack...upon the heights of Chusan’, where Lieutenant Butler captured an Imperial Dragon standard, 1841 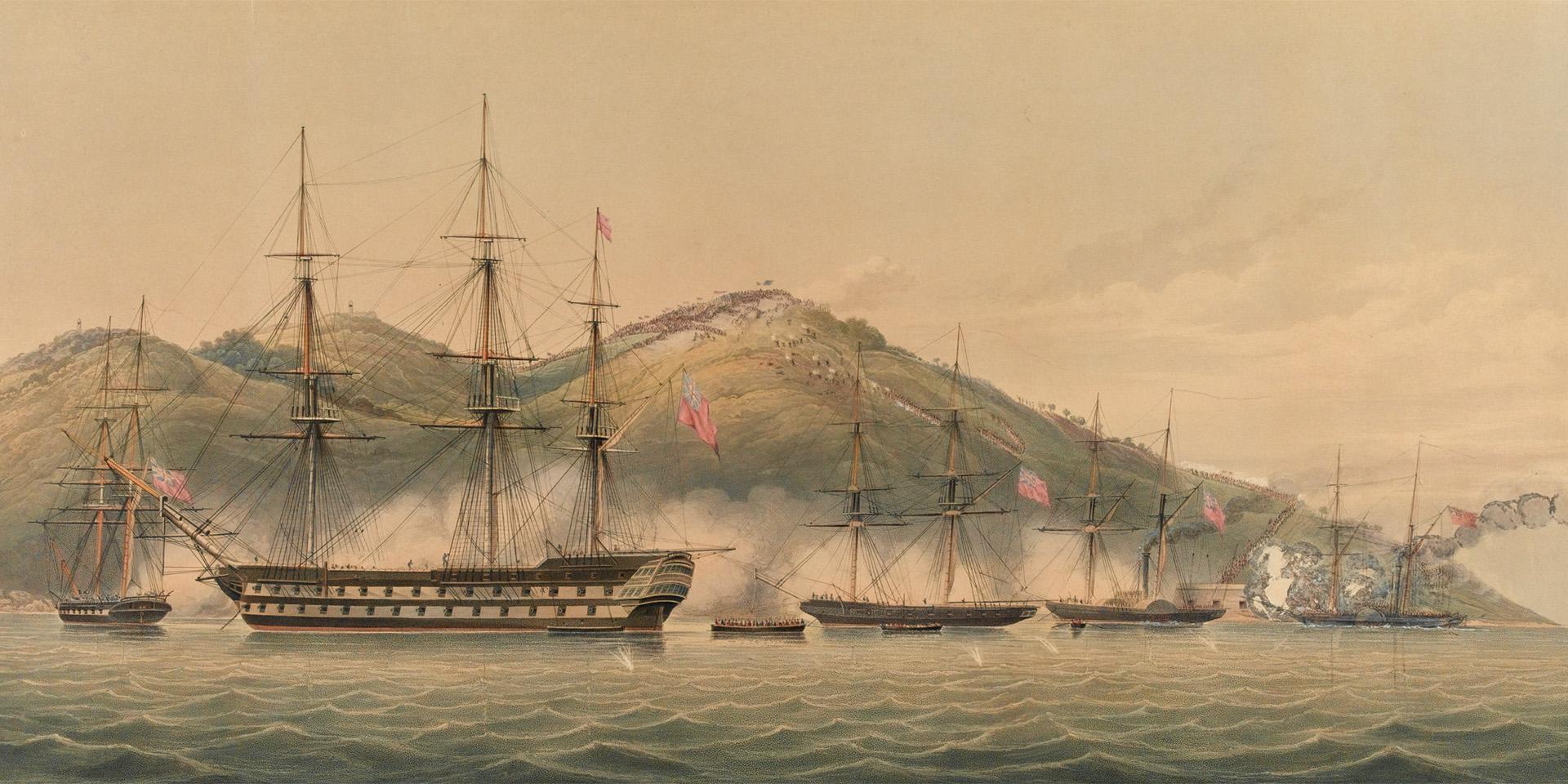 ‘View of the successful attack...upon the heights of Chusan’, where Lieutenant Butler captured an Imperial Dragon standard, 1841

In 1755, amid growing tension between Britain and France, several new regiments were formed. One of these was raised by George Perry at Stirling in Scotland. It was initially given the number 57 in the infantry order of precedence. However, this rose to 55 the following year, when the 50th and 51st Regiments of Foot were disbanded.

Letter from Ensign Colin Campbell to his father about his prospective lieutenancy in the 55th Regiment, 8 October 1772

The 55th Foot embarked on its first overseas deployment in 1757, landing in Nova Scotia to fight in the North American theatre of the Seven Years War (1756-63), service that included the battles of Niagara and Ticonderoga in 1759.

After the war, the regiment was stationed in forts garrisoning the New York frontier. It sent volunteers to lift the siege of the British force at Fort Detroit by the Native American leader Pontiac in 1763, but they were ambushed and wiped out at the Battle of Bloody Run.

In 1775, the regiment was back in action in North America, this time in the American War of Independence (1775-83). It fought at the battles of Long Island and Brandywine, as well as in East Florida, before shifting to the West Indies.

It took part in the capture of St Lucia in 1778, although the battle honour for that engagement was only awarded in 1909. Most of the regiment was then captured in 1782, when the French took the island of St Kitts. That same year, it gained the county designation of Westmorland (now part of Cumbria).

After regrouping in England, the 55th Foot moved to Ireland in 1791. Over the next 20 years, during the French Revolutionary and Napoleonic Wars, it alternated between the Low Countries and the West Indies. Its service in the former theatre included the battles of Bergen and Alkmaar in 1799.

In 1821, the regiment moved to the Cape Colony on the southern tip of Africa. From there, it was sent to India in 1830, fighting in the short-lived Coorg War of 1834.

It was redeployed to China in 1840 during the First Opium War (1839-42). The following year, Lieutenant Butler captured an Imperial Dragon standard at Chusan, the only such standard captured during the conflict. In recognition of its service in that war, the regiment gained a battle honour and added the ‘China’ dragon to its colours.

After returning home in 1844, it began a spell in Gibraltar in 1851. The regiment also served in the Crimea (1854-56), where it gained a further three battle honours for the Alma, Sevastopol and Inkerman.

The regiment was still on home soil in 1881, when it was merged with the 34th (Cumberland) Regiment of Foot to form The Border Regiment.

Explore the history and collections of the 55th (Westmorland) Regiment of Foot by visiting Cumbria's Museum of Military Life at Carlisle Castle. 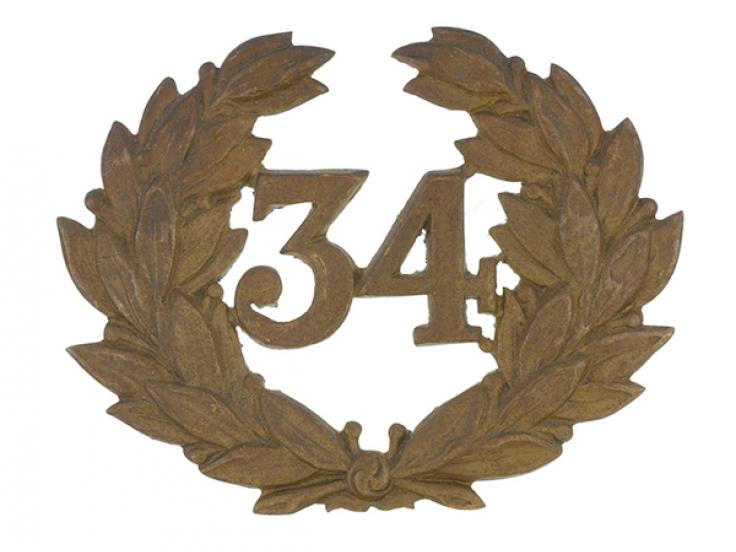