The bombardment of Copenhagen, September 1807 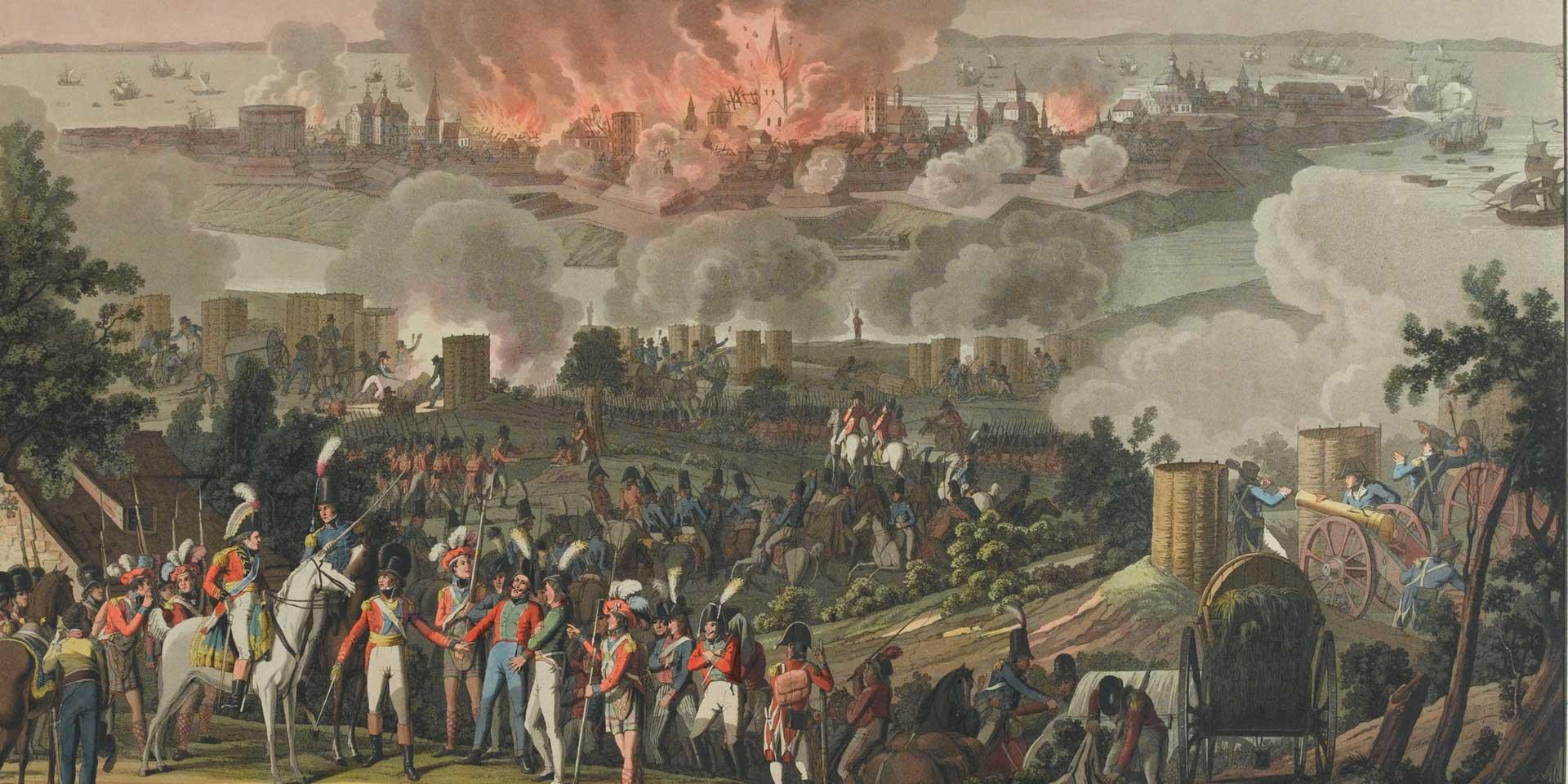 The bombardment of Copenhagen, September 1807

This regiment was raised in 1793 during the French Revolutionary Wars (1792-1802) by Major-General Charles Leigh. He was part of the Prince of Wales’s entourage, which led to the regiment using the Prince’s badge and motto and the title ‘Prince of Wales’s Volunteers’. Two years after formation, it was given the numeral 82 and moved to Gibraltar.

That same year, it helped seize the French colony of Saint-Domingue (now Haiti) in the West Indies. There, it faced a French force, a rebel slave army, and deadly disease. By 1798, it had lost so many men that it had to return to Britain for two years.

In 1800, it had recovered sufficiently to join the British force sent to support the abortive French Royalist landings on the French mainland at Quiberon Bay.

After garrison postings to Minorca and Ireland, the regiment saw action again at Copenhagen in 1807. In the meantime, in 1804, the unit had raised a 2nd Battalion. This served as the regiment’s depot battalion and never left England, before its disbandment in December 1815.

After a brief posting to Gibraltar, the regiment returned to the Peninsula in 1810, fighting at Barossa (1811), Tarifa (1811), Burgos (1812) and Vitoria (1813), and gaining a special commendation from the Earl of Wellington for its conduct during the Pass of Maya action in 1813. By April 1814, it had fought its way into southern France.

Later that year, it was sent to Canada for the closing stages of the War of 1812 (1812-15) against America, fighting at Niagara (1814). The regiment only embarked for Britain on 28 June 1815, ten days after the Battle of Waterloo, but it did spend the rest of that year as part of the Army of Occupation in Paris.

In 1816, the regiment was posted to Ireland. En route, it lost 160 officers and men, and 27 women and children in a shipwreck off the coast of Kinsale.

In 1819, the regiment began a 12-year posting to Mauritius. This was followed by garrison duties in England, Ireland, Gibraltar, the West Indies and Canada.

Pattern 1803 light infantry sword used by an officer of the 82nd Regiment, c1805

The regiment left India in 1869, and had a year in Aden before landing in England in February 1870. It spent the next decade there and in Ireland.

During the 1881 Army reforms, the 82nd was amalgamated with the 40th (the 2nd Somersetshire) Regiment to form The Prince of Wales’s Volunteers (South Lancashire Regiment).

Explore the history and collections of the 82nd Regiment of Foot (Prince of Wales’s Volunteers) by visiting the Lancashire Infantry Museum in Preston.