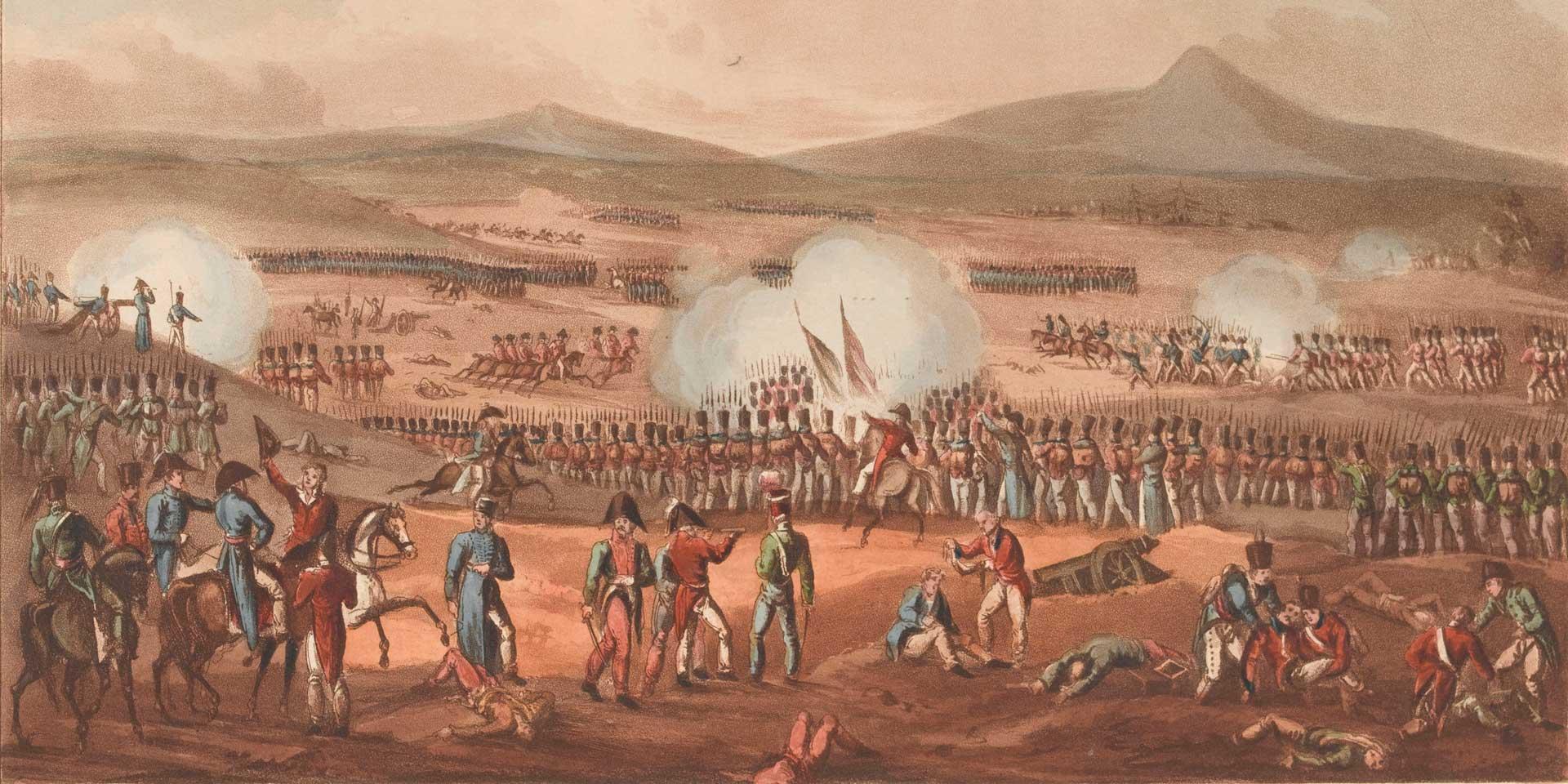 Following the outbreak of the French Revolutionary Wars (1793-1802), the British Army needed to expand to face the new threat. In 1793, a new regiment with the numeral 85 was raised in Buckinghamshire, under the colonelcy of Sir George Nugent.

It deployed to the Netherlands twice in the following five years, the latter occasion being the Helder Campaign of 1799, when it fought at Alkmaar. It then garrisoned the Channel Islands, Madeira and Jamaica.

In 1800, the regiment raised a 2nd Battalion. This was disbanded just two years later, but saw garrison service in both Jersey and Jamaica.

In 1802, the regiment absorbed the Bucks Volunteers (formed in 1798). Six years later, it converted to a light infantry role. It then joined the Walcheren Expedition to the Netherlands in 1809.

In 1821, officers of the regiment dealt with rioters who insulted King George IV in a theatre in Brighton. As a reward, the regiment was retitled ‘The King’s’ and its officers were excused from drinking the loyal toast and standing during the National Anthem.

Later in 1821, the regiment sailed for Malta, where it spent the next 10 years.

The 1850s and 1860s saw the regiment in Mauritius, South Africa and Ireland. In 1868, it landed in India for the first time. This posting lasted 13 years and included garrison and convoy duties during the Second Afghan War (1878-80).

In 1881, the regiment merged with the 53rd (Shropshire) Regiment of Foot to form The King’s Light Infantry (Shropshire Regiment).

Explore the history and collections of the 85th King’s Regiment of Light Infantry by visiting the Shropshire Regimental Museum at Shrewsbury Castle.