Members of The King's Own Yorkshire Light Infantry training with Gardner Guns, c1890 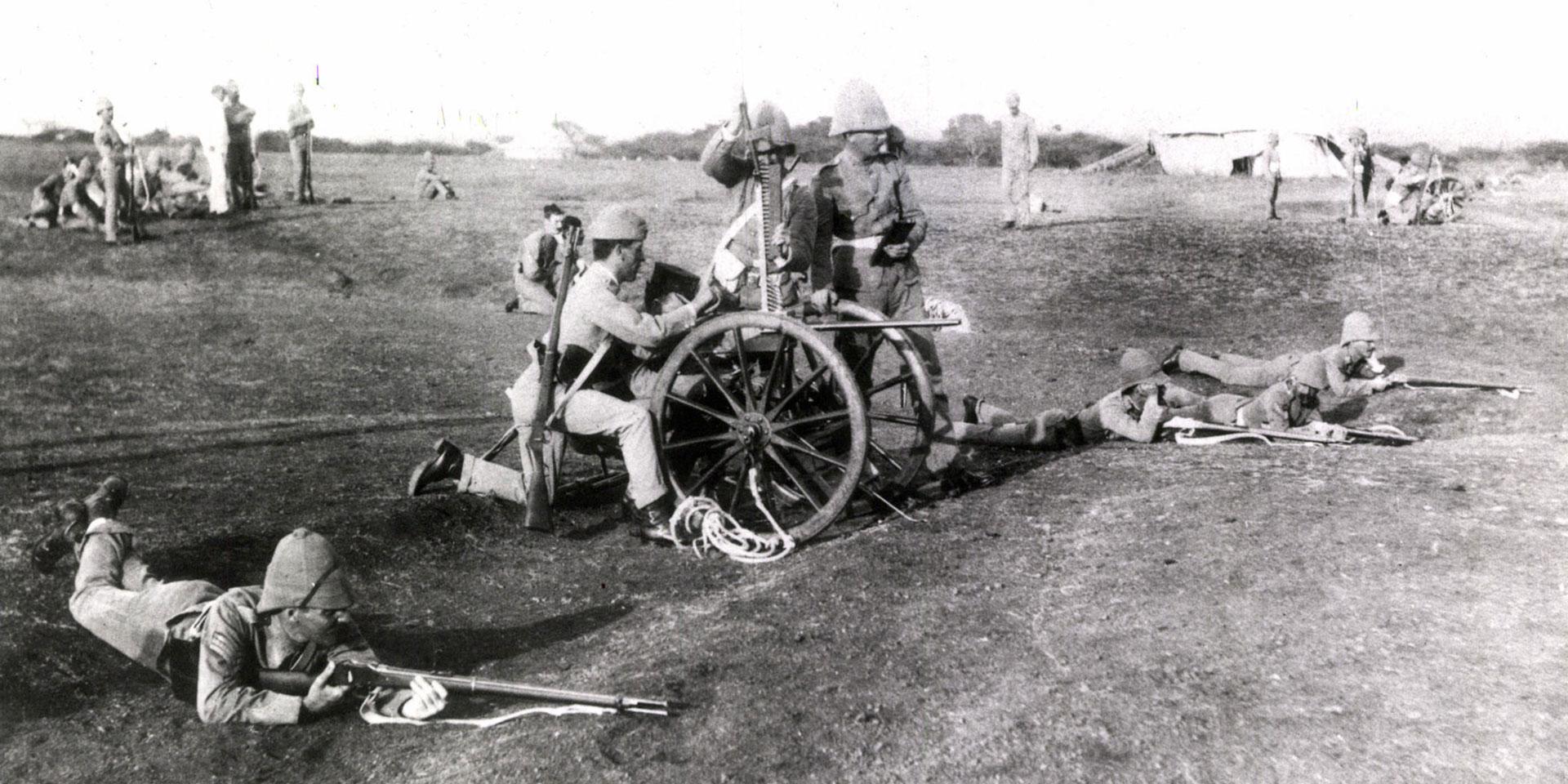 Members of The King's Own Yorkshire Light Infantry training with Gardner Guns, c1890

Meanwhile, the 105th had become the new unit's 2nd Battalion. It undertook garrison duties in Ireland, India and Malta in the 1880s and 1890s.

2nd Battalion deployed to the Boer War (1899-1902) and fought at Modder River (1899) and Magersfontein (1899), before joining the anti-guerrilla operations in the Orange Free State and Transvaal. It then garrisoned Malta and Crete, before returning home in 1905.

2nd Battalion deployed straight to France in August 1914, remaining on the Western Front for the duration of the First World War (1914-18).

1st Battalion arrived there in January 1915. It spent 10 months in that theatre, before deploying to Salonika. It then returned to the Western Front in July 1918.

The regiment also raised 18 Reserve, Territorial and New Army battalions during the conflict. These served at home stations, in France and Flanders, and in Egypt.

1st Battalion joined the Army of Occupation in Germany from 1922 to 1923. Although it was on home service for much of the inter-war years, it spent three years in Gibraltar from 1935.

In October 1939, 1st Battalion joined the British Expeditionary Force in France​​​​​, before accompanying the ill-fated British force sent to Norway in April 1940. The conflict also took it to India, Iraq and Persia (now Iran) in 1942, and Palestine, Egypt and Syria in 1943. In July 1943, it landed on Sicily and then fought in Italy (1943-44), before a final move to North-West Europe in March 1945.

Meanwhile, 2nd Battalion fought in Burma in 1941-42, before retreating to India. It remained there until the country gained its independence in 1947.

The regiment also raised seven Territorial and Service battalions during the war. Several of these were anti-aircraft units. The 1/4th Battalion landed in Normandy in 1944, while 7th Battalion was converted into an armoured formation.

A member of the 2nd King's Own Yorkshire Light Infantry crossing a river, Burma, c1942

Like all British infantry regiments, it became a single-battalion unit in 1948. It served in Malaya during the Emergency (1948-60) from 1947 until 1951. It then joined the occupation forces in West Germany and West Berlin.

Explore the history and collections of the King's Own Yorkshire Light Infantry by visiting the regimental museum in Doncaster.