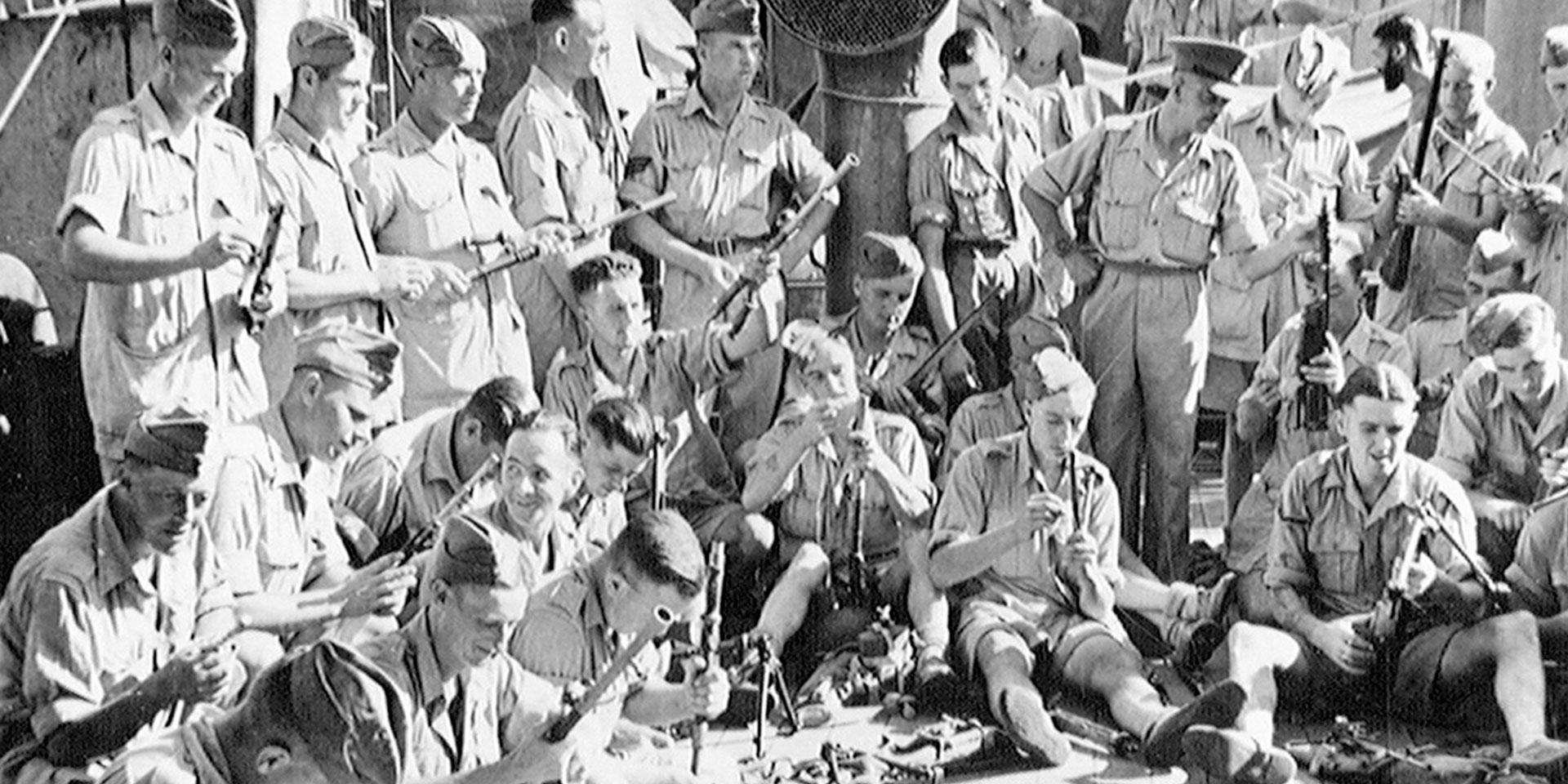 The regiment was formed during the Army reforms of 1881 by merging two light infantry regiments, the 68th Regiment of Foot and the 106th Regiment of Foot. These became the new unit's 1st and 2nd Battalions respectively.

2nd Battalion was in Ireland at the time of the merger. In 1885, it was deployed to the Sudan, fighting at Ginnis - the last time British infantry wore red on the battlefield. It then landed in India in 1887 and remained there for 15 years.

Meanwhile, 1st Battalion started off in India. After spending time in England and Ireland, it moved to South Africa in 1899, fighting throughout the Boer War (1899-1902). It then replaced 2nd Battalion in India in 1902, remaining there throughout the First World War (1914-18).

2nd Battalion had been back in Britain for 12 years by the outbreak of war, and so it deployed straight to France in September 1914. It remained on the Western Front until the Armistice in November 1918.

The regiment also raised 18 Territorial and 14 New Army battalions during this conflict. Some of these saw service in Salonika, Italy and during the Allied intervention in Russia. But they were mainly deployed on the Western Front.

1st Battalion fought in the Third Afghan War in 1919. Then, in 1920, both battalions were sent to join Britain’s occupation forces - 2nd Battalion to Turkey and 1st Battalion to Germany. In 1920, 2nd Battalion moved to India. This posting lasted until 1936, when it returned to Britain via the Sudan. 1st Battalion spent the 1920s and 1930s at home and in China.

In September 1939, 2nd Battalion arrived in France with the British Expeditionary Force. Richard Annand, a second lieutenant in the battalion, won the British Army’s first Victoria Cross of the conflict for his actions during the evacuation of Dunkirk (1940).

In June 1942, after two years back in Britain, 2nd Battalion was sent to Burma before moving on to Malaya in 1945.

1st Battalion remained in China until January 1940, when it moved to Egypt. From there, it was sent to help capture Vichy French Syria in June 1941. It returned to Egypt and Palestine, before serving in the Aegean in October 1943. It then deployed to Italy, where it fought until being sent to Greece in December 1944.

The regiment also raised seven Territorial battalions during the war. These included the 6th, 8th and 9th Battalions, which fought in the Battle of France (1940) and in North Africa (1941-43).

In September 1948, the two regular battalions were merged. The regiment's first post-war task was the occupation of Germany, before it was posted to the Korean War (1950-53) in September 1952. Between 1953 and 1961, it then served in Egypt, Aden and Cyprus.

The early 1960s saw the regiment move to West Berlin and Hong Kong, before serving in Borneo in 1965 during the Indonesian Confrontation (1963-66). It returned to Britain in 1966.