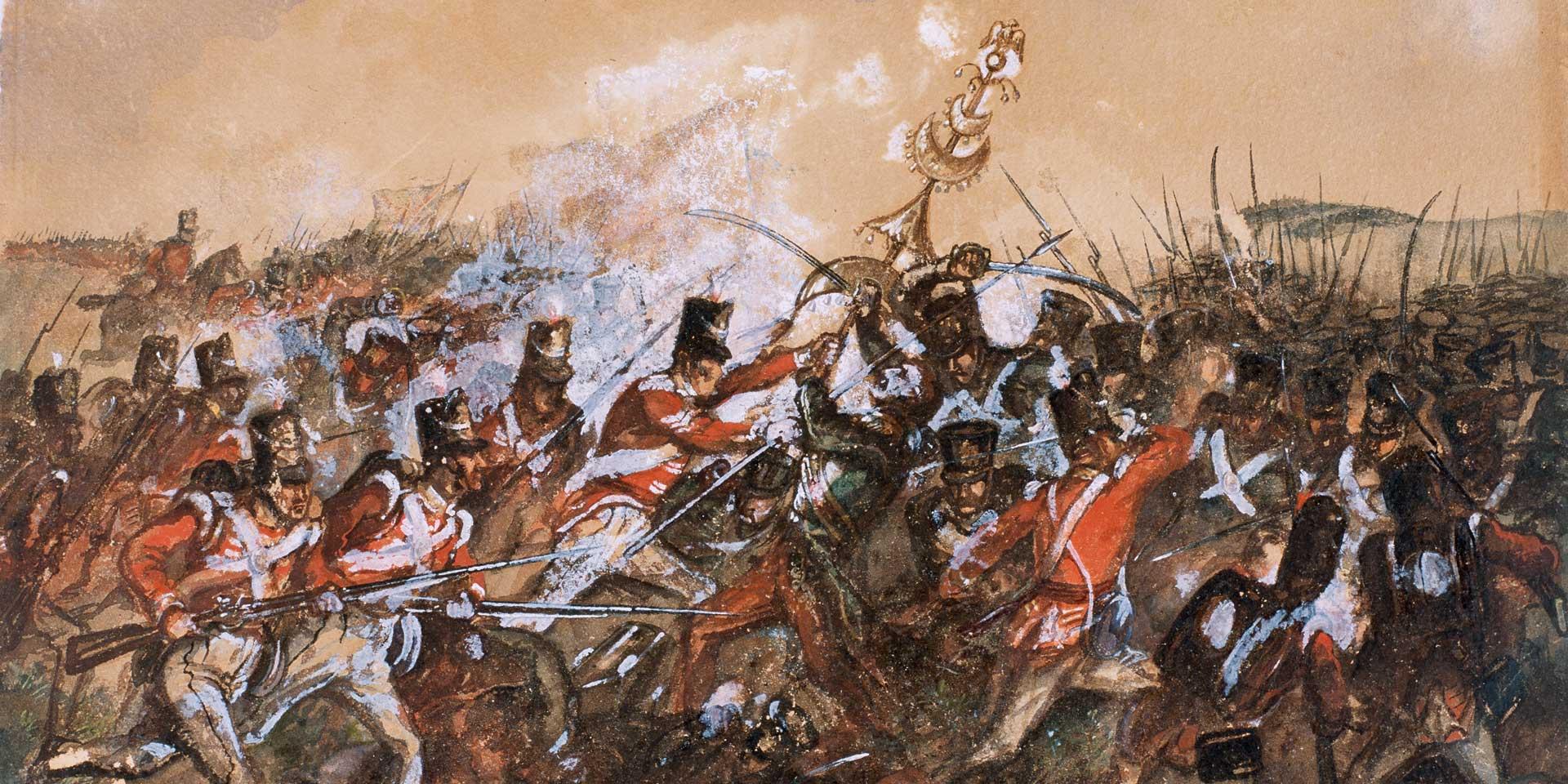 The 88th Regiment was raised in 1793 in the province of Connaught by an Irish nobleman, John de Burgh, 13th Earl of Clanricarde. The following year, it was shipped to the Low Countries during the French Revolutionary Wars (1793-1802).

In 1795, it was deployed to the West Indies, but only two companies arrived after the rest were lost in a storm. The regiment re-formed in Jersey in 1796 and, four years later, it moved to India and Ceylon (now Sri Lanka).

In 1806, 1st Battalion was assigned to the Buenos Aires invasion force. It was stuck on board ship for months until its arrival in July 1807. Unprepared for the urban warfare it faced there, it had to surrender and only got back to England in November 1808.

In 1814, 1st Battalion was sent to Upper Canada to defend the frontier against American invasion during the War of 1812 (1812-15). It was recalled to Europe after Napoleon’s escape from Elba, but arrived too late for Waterloo and spent 1815 serving as occupation troops in France.

Russian drum captured by the 88th at Inkerman in 1854

In 1881, it was merged with the 94th Regiment of Foot to form The Connaught Rangers, becoming the senior of the new unit’s two battalions.

Which of the following was a nickname of the 88th Regiment?

The Connaught Footpads was a name given to the regiment by General Sir Thomas Picton for their alleged propensity for plundering during the Peninsular War. He also called them The Devil’s Own for their ferocity and bravery in battle.