This infantry regiment traced its origins back to the British Civil Wars (1639-51), but was officially formed in 1684. After 250 years' service, it was disbanded in 1922 on the establishment of the Irish Free State. 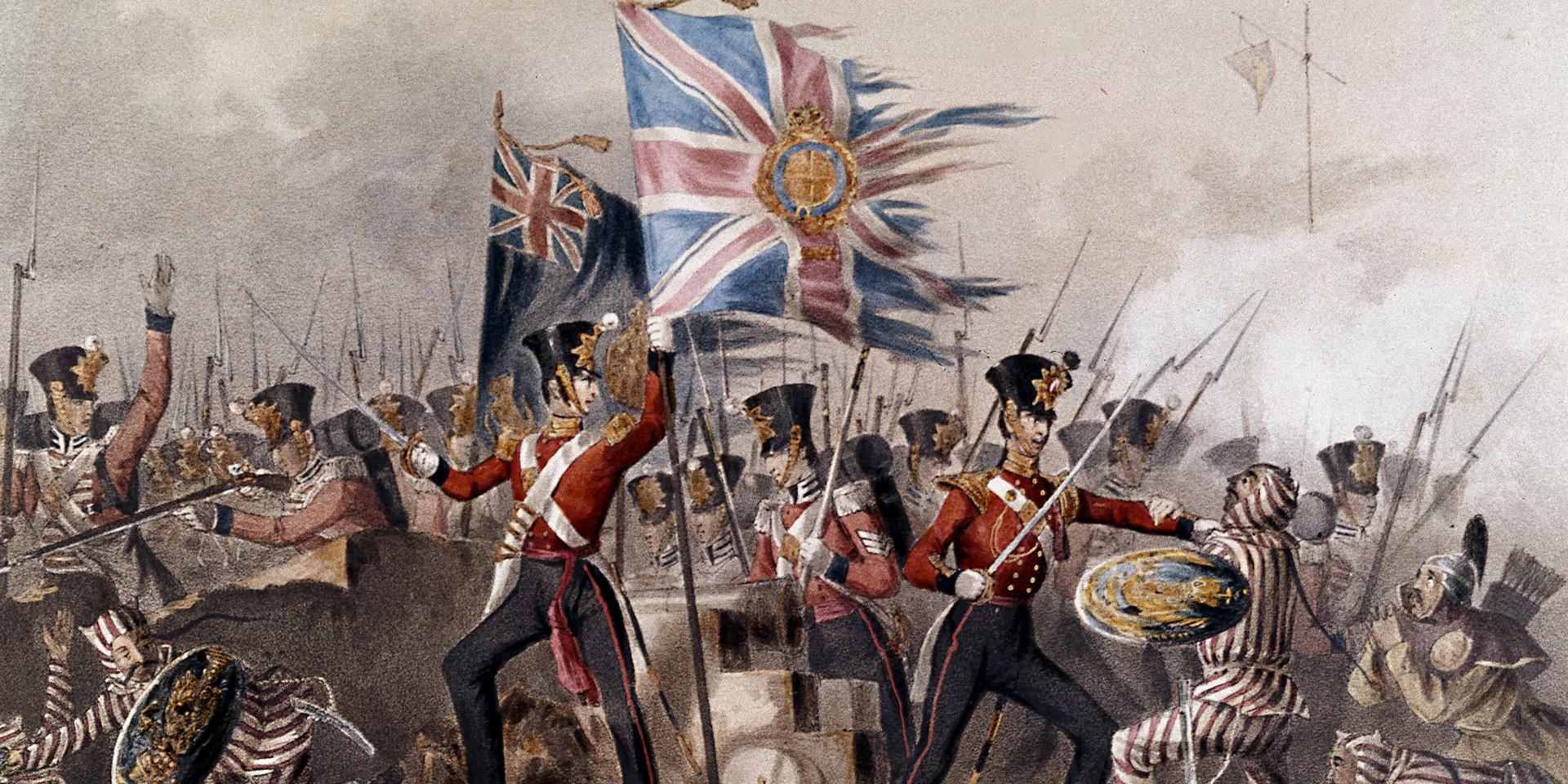 In the 17th century, independent companies of musketeers and pikemen garrisoned Ireland under both Oliver Cromwell and King Charles II.

In 1684, the final year of Charles's reign, several of these companies were gathered together by the Earl of Granard to form a new regiment on the Irish establishment. This was a reward for supporting the Stuarts in Scotland during the British Civil Wars (1639-51) and working for Charles's restoration.

In the conflict between Charles’ successor, James II, and his son-in-law, William of Orange (later William III), the regiment split. The companies that joined William were placed on the English establishment in 1689.

The regiment fought for William and his successors in Flanders throughout the 1690s and 1700s. It played an important role in the capture of the French fortress of Namur (now in Belgium) in 1695. This period was also interspersed with service as marines and garrison duty in Ireland and England.

From 1718 to 1745, the regiment was stationed on Minorca, and briefly in Flanders, before returning to Britain in the aftermath of the Second Jacobite Rebellion (1745-46).

In 1751, it was given a regimental numeral of 18, despite being the seventh oldest British infantry regiment at that time. Although it had been formed in 1684, it had only entered the English establishment in 1689.

The regiment remained in Britain and Ireland until 1767, when it was deployed to North America. It was still there on the outbreak of the American War of Independence (1775-83). In the early part of this campaign it suffered heavy casualties. The few survivors had to be drafted to other regiments while the officers returned to Britain to re-recruit.

It spent the early 1780s garrisoning the Channel Islands and Gibraltar against America’s French and Spanish allies. It was in action from the start of the French Revolutionary Wars (1792-1802), serving at the siege of Toulon in 1793, garrisoning Corsica in 1794, and serving as marines in the Mediterranean in 1797.

The regiment also fought in Egypt in 1801 before returning to Ireland. It was then posted to the West Indies from 1805 until the end of the war in 1814. For three of those years it was joined there by a 2nd Battalion.

Bravery at which of the following sieges saw the regiment granted a badge depicting King William III's family emblem?

Gibraltar
Namur
Toulon
Did you know?

As well as the lion of Nassau emblem, the king granted it the title ‘Royal Regiment of Ireland’, the Irish crowned harp and a motto mentioning Namur, 'Virtutis Namurcensis Praemium' ('Reward for Valour at Namur').

Soldiers of the 18th Royal Irish Regiment in camp, Sebastopol, 1856

In 1857, the regiment raised a 2nd Battalion again, this time out of volunteers from Ireland’s militia regiments. This was mostly stationed in England and Ireland from the 1850s to the 1880s, though it served in New Zealand between 1863 and 1870.

1st Battalion returned to India in 1857, where it stayed for most of the following 27 years. This included service in the Second Afghan War (1878-80).

Under the Cardwell reforms of 1881, it was renamed The Royal Irish Regiment and became the county regiment of Kilkenny, Wexford, Waterford and Tipperary.

Ten battalions of the regiment saw service during the First World War (1914-18). They suffered over 3,200 killed in action and thousands more wounded in places such as Le-Pilly, Gullimont, Ginchy, Salonika, Mesopotamia and Palestine.

Members of the Royal Irish were also the first British Army troops to confront the Irish rebels during the Easter Rising of 1916.

Search the enlistment books of The Royal Irish Regiment and the other Irish regiments disbanded from the British Army in 1922.