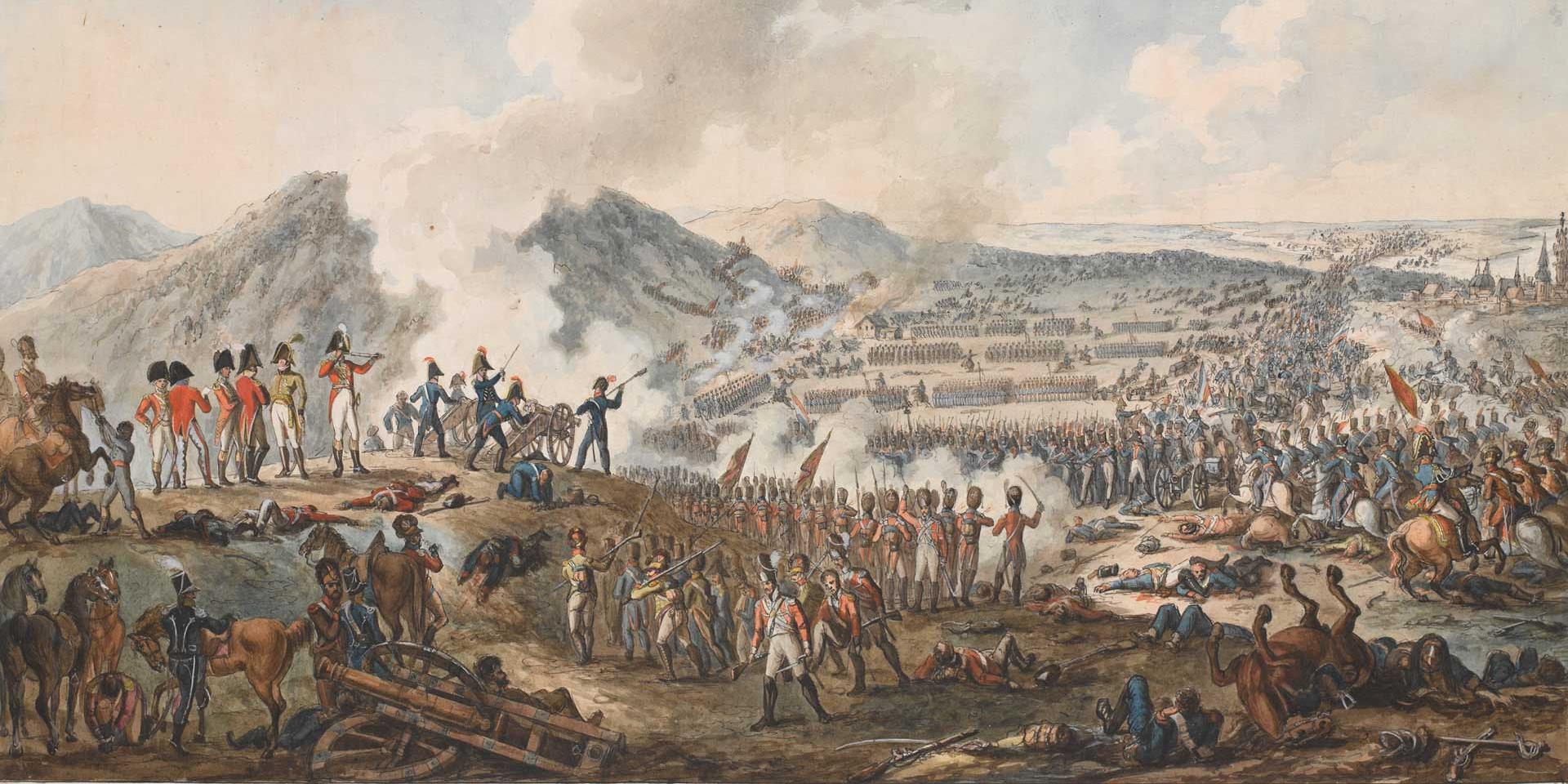 In 1710, during the War of the Spanish Succession (1701-14), Britain captured the French colony of Port Royal in Nova Scotia, and renamed it Annapolis Royal after Queen Anne.

Initially, independent companies were used to defend the new port. But in 1717, the governor of Nova Scotia, General Richard Phillips, merged eight of these into a single regiment. This new unit spent the next few years protecting the port and surrounding settlements from Native American raids.

The regiment also took part in King George's War (1744-48), the name given to the North American conflict between British and French colonists that formed part of the War of the Austrian Succession (1740-48). During this war, part of the regiment was captured at Canso (1744).

In 1751, the unit was granted the numeral 40. Four years later, it took part in the Expulsion of the Arcadians (French colonists) during the Seven Years War (1756-63). The regiment also participated in the Siege of Louisbourg (1758) and capture of Montreal (1760).

In 1761, the 40th left North America for the first time, moving to the West Indies before taking part in the capture of Havana (1762).

In 1764, the 40th deployed to Ireland. Then, in June 1775, it moved to Boston Massachusetts, meaning it was already in North America on the outbreak of the American War of Independence (1775-83).

The regiment moved to Britain for the first time in 1783. Soon after, it was given its county association with Somerset.

Powder horn used by a soldier of the 40th Regiment, c1780

The regiment’s first deployment in the French Revolutionary Wars (1792-1802) was two-pronged. Its battalion companies fought in Flanders and Brittany in 1794-95, and its light-infantry flank companies deployed to the West Indies, taking part in the capture of Martinique (1794). The regiment reunited in the West Indies in 1795, serving on Santo Domingo and Jamaica, before returning to Britain in 1798.

In 1799, the 40th raised a 2nd Battalion for the Helder campaign in Holland, fighting at Bergen and Alkmaar that same year. In 1801, the flank companies of both battalions fought at Aboukir Bay and Alexandria in Egypt. The 2nd Battalion was disbanded in 1802.

From 1802 to 1804, the regiment was kept in Britain. But it raised another 2nd Battalion in 1804 for home service and recruitment drafts. 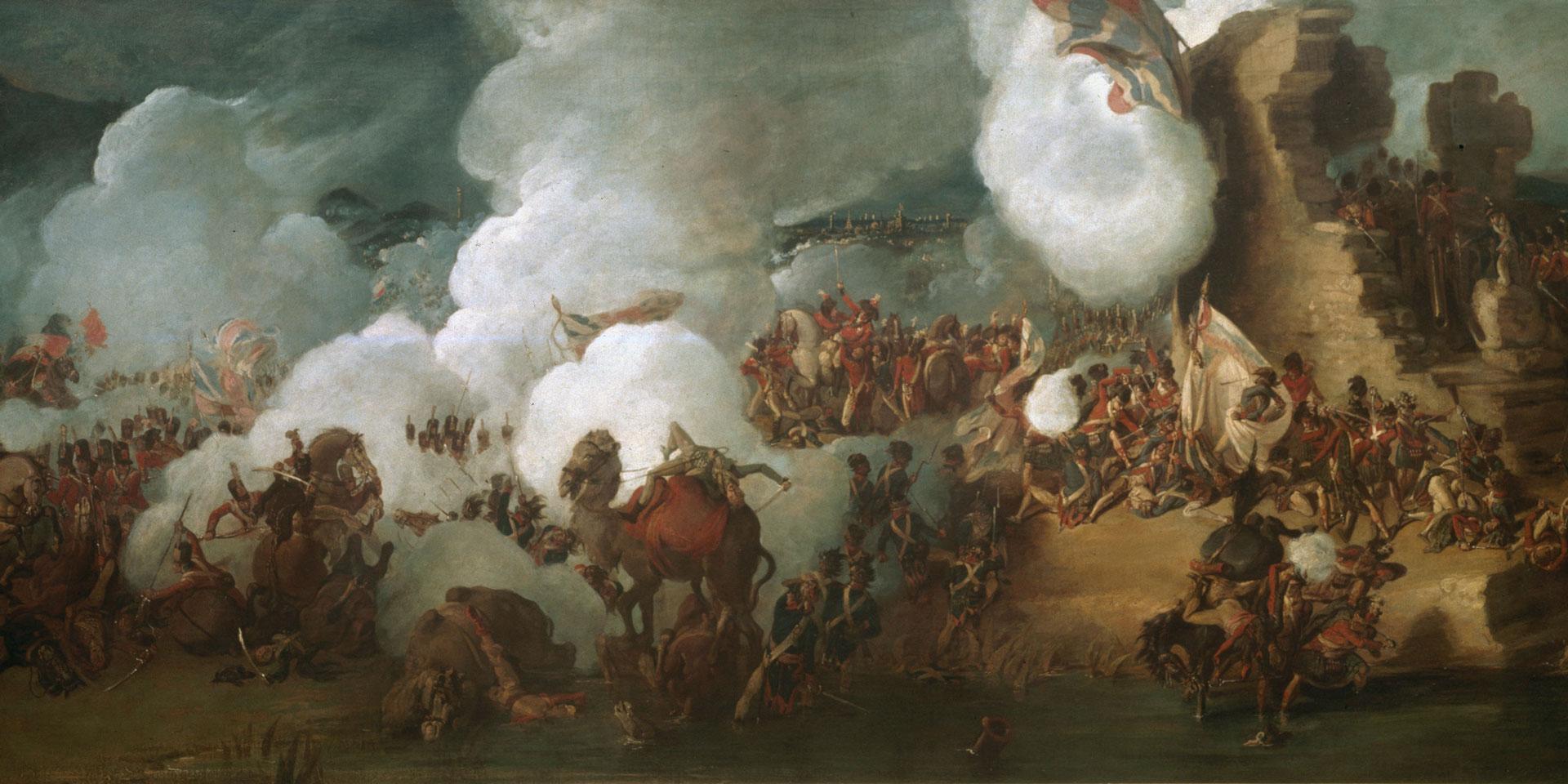 The 1st Battalion was sent on the failed attempt to capture Buenos Aires in 1806. It then deployed to Spain and Portugal from 1808 to 1814.

The 1st Battalion was sent to Canada in 1814 to fight in the War of 1812 (1812-15), before being quickly recalled the following year when Napoleon escaped from Elba. It then fought at Waterloo (18 June 1815), helping to repel Napoleon’s final massed infantry attack.

The 2nd Battalion was again disbanded in 1816.

Private Thomas Skeels of the 40th lying wounded at Talavera, 1809

The regiment remained on home service until 1823, when it was sent to guard convicts in New South Wales for five years. It then moved to India for 17 years. Its service on the sub-continent included the First Afghan War (1839-42) and the Gwalior campaign (1843).

A seven-year period in Britain and Ireland followed, before it was sent back to New South Wales in 1852. Two years later, it helped suppress the Eureka Rebellion in Victoria and then fought in the Second Maori War (1860-61). It garrisoned Britain, Ireland and India from 1866 to 1881.

Explore the history and collections of the 40th (2nd Somersetshire) Regiment by visiting the Lancashire Infantry Museum in Preston.