Observing the destruction of the floating batteries during the Siege of Gibraltar, 1782 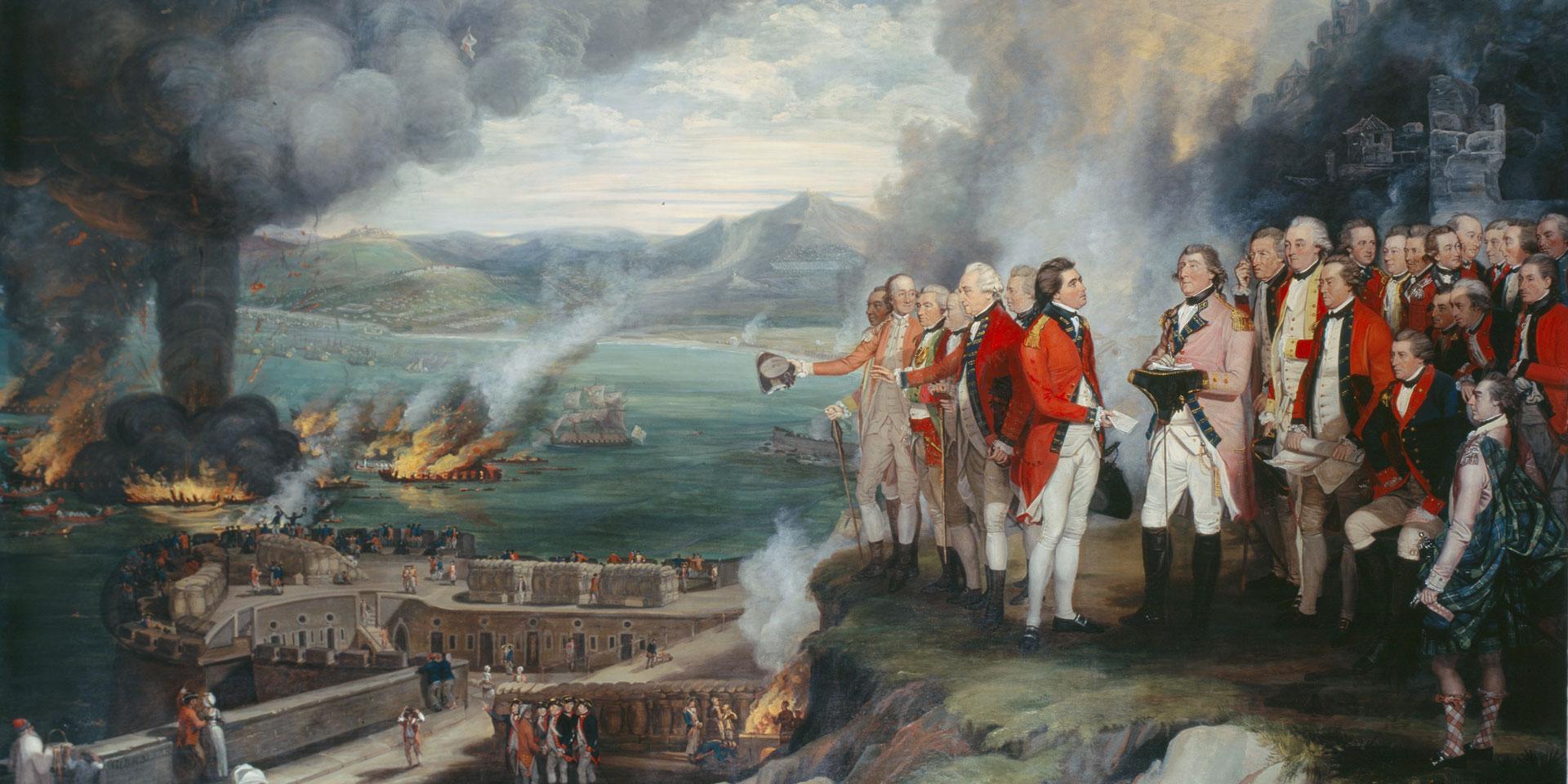 Observing the destruction of the floating batteries during the Siege of Gibraltar, 1782

In 1755, a regiment was raised at Gateshead and Newcastle to meet the threat of war with France. Initially numbered the 58th, this rose to 56th the following year.

After garrison duties in Scotland, it first saw action on Cuba in 1762 during the Seven Years War (1756-63), where it helped take Morro Castle. The regiment remained in Cuba until 1763, when it sailed for Ireland.

In 1770, it began 12 years on Gibraltar, including service in the Great Siege of 1779-83 during the American War of Independence (1775-83). The regiment was later granted the right to bear the castle-and-key insignia of Gibraltar on its colours and badge.

In 1782, it became the county regiment for West Essex.

During the French Revolutionary Wars (1793-1802), it served in the West Indies, helping to take Martinique and Guadeloupe in 1794, and then garrisoning Santo Domingo (now the Dominican Republic) and Jamaica from 1797 to 1798.

After returning to Britain, the regiment joined the Helder expedition to the Netherlands in 1799, fighting at Bergen. It then spent several years on garrison duties in Ireland, before moving to India in 1805.

In 1804, the regiment raised a 2nd Battalion. This joined 1st Battalion in India three years later, serving as both infantry and marines at Travancore in 1809. In 1810, a detachment from both battalions was sent to help capture the Ile Bonaparte (Reunion) and Isle de France (Mauritius) in the Indian Ocean.

In 1813, the regiment raised a 3rd Battalion to serve in the Low Countries. After fighting at Merxem and Antwerp in 1814, this returned to Britain. It was disbanded the following year, and its soldiers were sent to India to reinforce 1st and 2nd Battalions.

1st Battalion moved back to Mauritius in 1815, following Napoleon’s escape from exile, to safeguard against any possible French revolt. Meanwhile, 2nd Battalion remained in India to fight as part of the Poona Subsidiary Force during the Third Maratha War (1817-18).

In 1817, 2nd Battalion transferred 600 of its men to the 65th Foot. It then returned home to disband, sending men from its companies to Mauritius to join 1st Battalion.

Storming of the Great Redan at Sevastopol, 1855 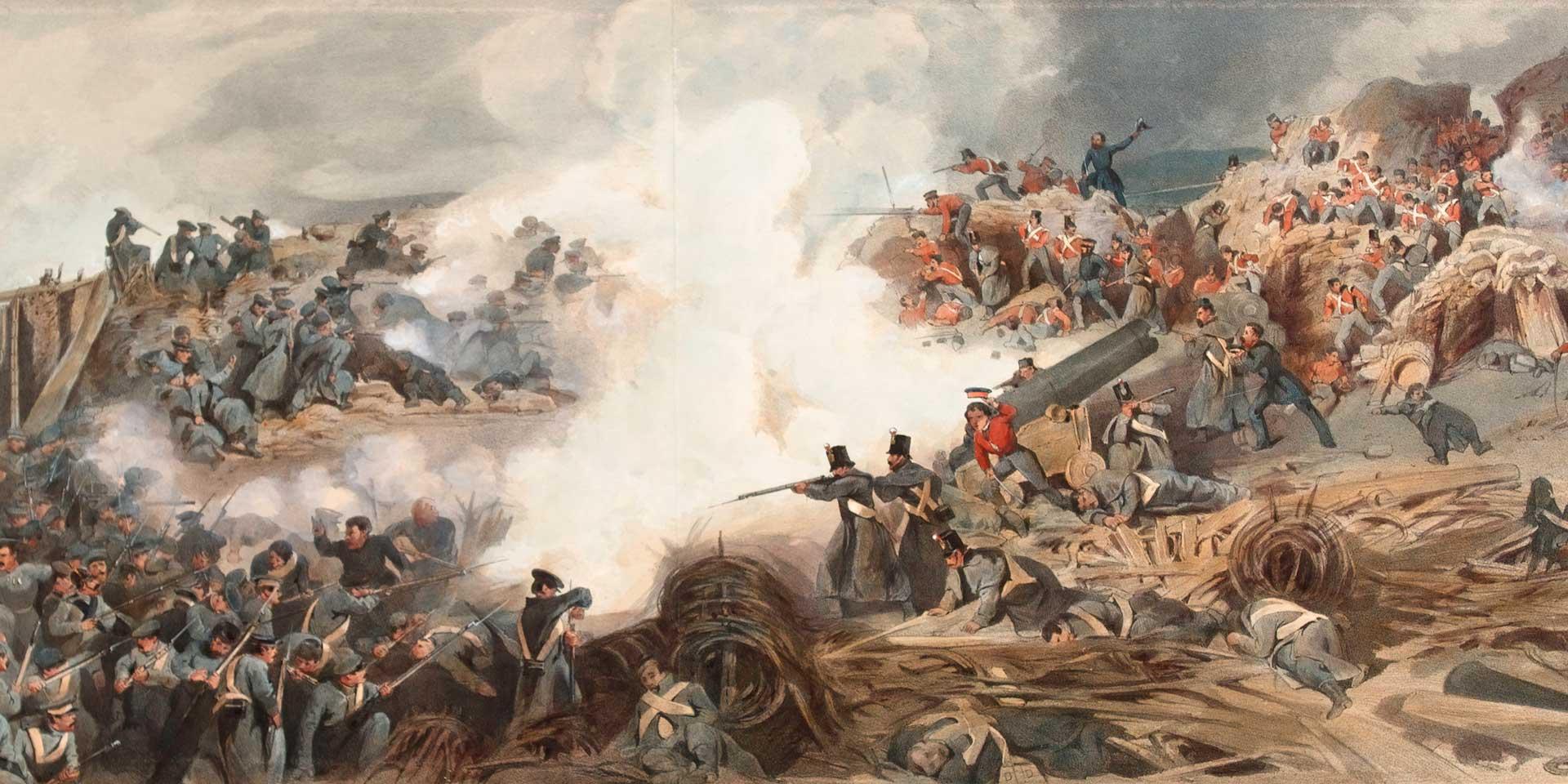 Storming of the Great Redan at Sevastopol, 1855

The regiment finally landed back in Britain in 1826, and spent 22 of the next 55 years in England or Ireland. Its overseas service during this period included three tours to India. The first of these was during the Indian Mutiny (1857-59), where it garrisoned Bombay.

It was back in Britain by 1881, when it amalgamated with the 44th (East Essex) Regiment of Foot to form The Essex Regiment.

Explore the history and collections of the 56th (West Essex) Regiment by visiting the Essex Regiment Museum in Chelmsford.