Soldiers of The Cameronians (Scottish Rifles) in South Africa, c1901 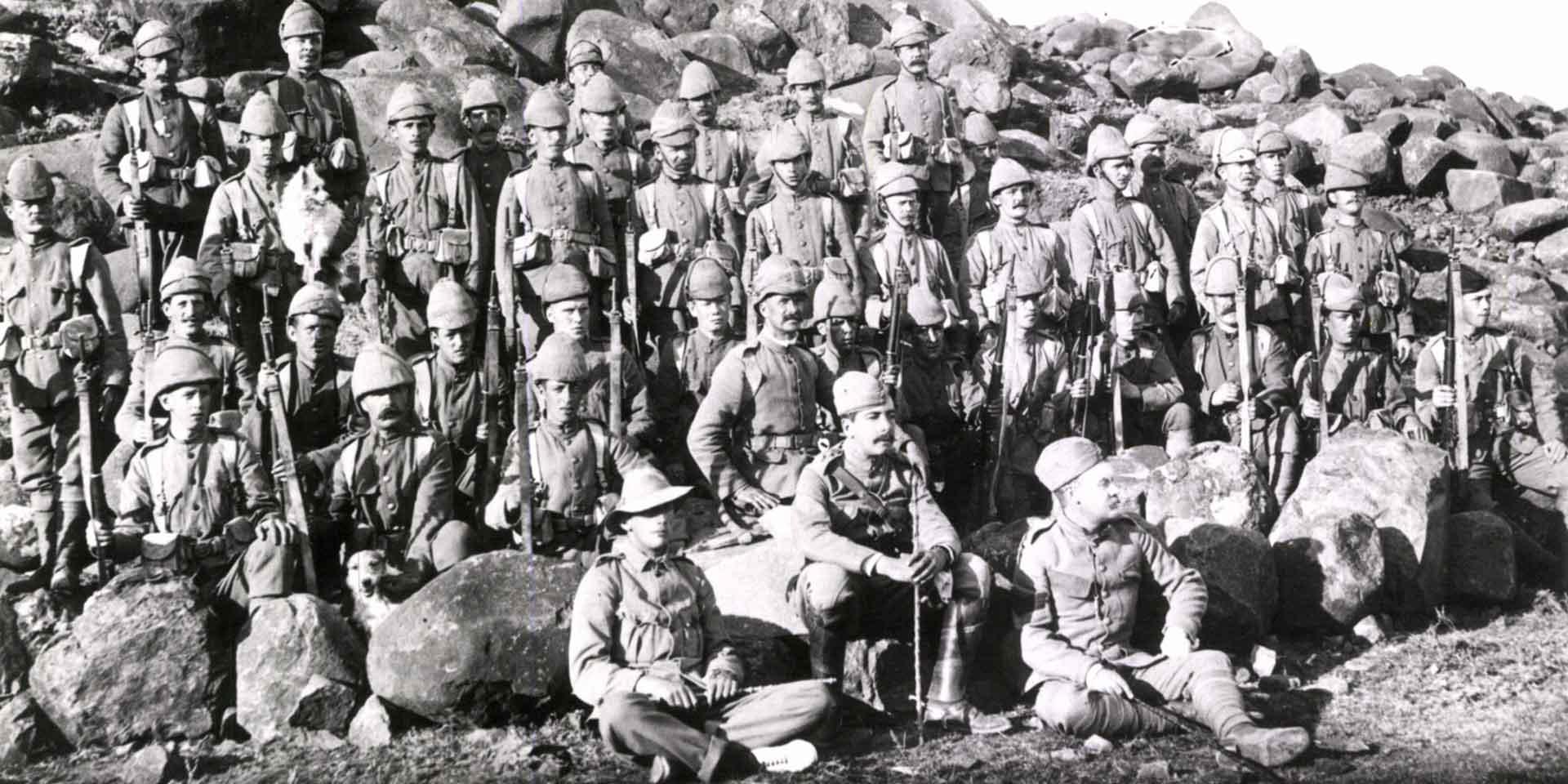 Soldiers of The Cameronians (Scottish Rifles) in South Africa, c1901

The regiment was established in 1881 by merging the 26th (The Cameronians) Regiment of Foot and the 90th Regiment of Foot (Perthshire Volunteers) (Light Infantry). These became the new unit's 1st and 2nd Battalions respectively. It was designated as a rifle unit, rather than regular infantry, and recruited in Lanarkshire, Dumfriesshire and Galloway.

2nd Battalion was in India at the time of the amalgamation. It was sent to South Africa in 1899 and served throughout the Boer War (1899-1902), fighting at Spion Kop (1900) and helping relieve Ladysmith. It returned to Britain in 1907.

1st Battalion had joined 2nd Battalion in India in 1894. It remained there until 1909, when it was sent to South Africa for three years.

A private of the Cameronians in full dress, c1910

Both battalions were posted to the Western Front in 1914 and remained there throughout the First World War (1914-18).

During that conflict, 25 additional Reserve, Territorial and New Army battalions saw service in France and Flanders, Gallipoli, Egypt, Salonika, and at various home stations. Over 7,000 men of the regiment lost their lives.

In 1919, 1st Battalion was sent to keep order in Ireland for three years during the Irish War of Independence (1919-21). It then remained in England until its return to India in 1931.

Meanwhile, 2nd Battalion was sent to Mesopotamia (now Iraq) in 1919. It spent three years there, before moving on to India, Kurdistan, Britain and Palestine.

Members of the 1st Cameronians in the front line, 1914

2nd Battalion deployed straight to France in 1939 as part of the British Expeditionary Force. It had to be evacuated in June 1940, along with the 6th and 7th Territorial Battalions.

It then served in Madagascar, Persia (now Iran) and Iraq in 1942, before deploying to Italy in 1943 and finally North West Europe in February 1945. There, it was re-joined by the 6th and 7th Battalions.

1st Battalion had been in India at the outbreak of the Second World War (1939-45). It remained there until February 1942, when it deployed to Burma for over three years, serving with the Chindits in the process.

Members of the 1st Cameronians in Jordan, 1958

In 1946, 1st Battalion was reduced in strength. It merged with 2nd Battalion two years later, at a time when all infantry regiments were reduced to a single battalion. The regiment was then used to garrison Trieste and Hong Kong, before fighting during the Malayan Emergency (1948-60) from 1950 to 1953.

The 1950s and 1960s also saw it spend a total of five years in West Germany with the British Army of the Rhine, as well as periods in Kenya, Jordan and Britain. Its final overseas posting was during the Aden Emergency (1963-67) in 1966.

In 1968, it was one of only two infantry regiments to choose disbandment instead of amalgamation. It therefore has no successor regiments in the current British Army.

Explore the history and collections of the Cameronians by visiting Low Parks Museum in Hamilton. 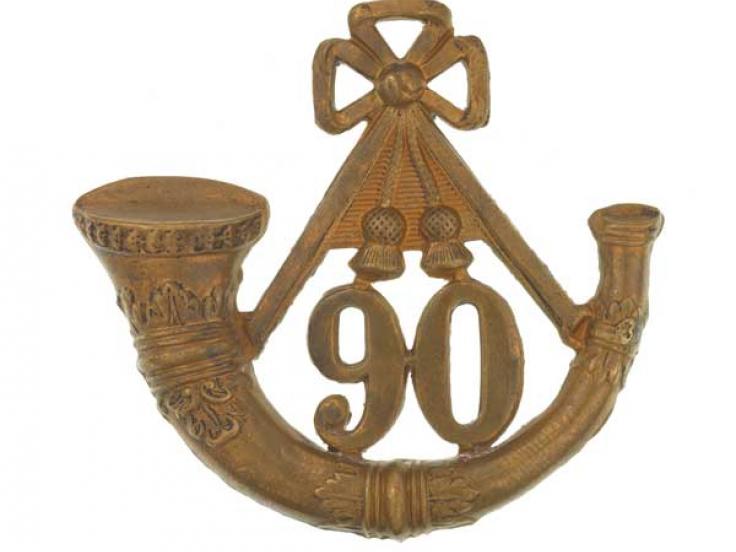 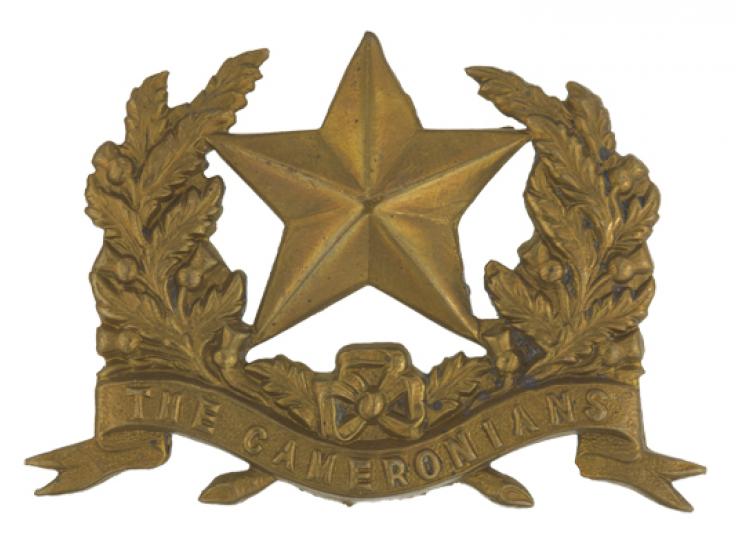 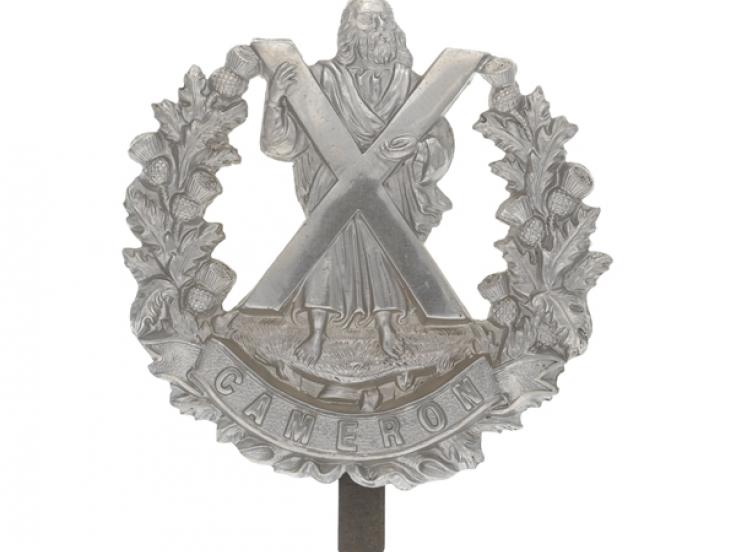 The Queen's Own Cameron Highlanders