In 1999, British soldiers deployed as a peacekeeping force to Kosovo in the western Balkans. Today, a small detachment still serves in the disputed country as part of a multi-national force helping to ensure security and stability. 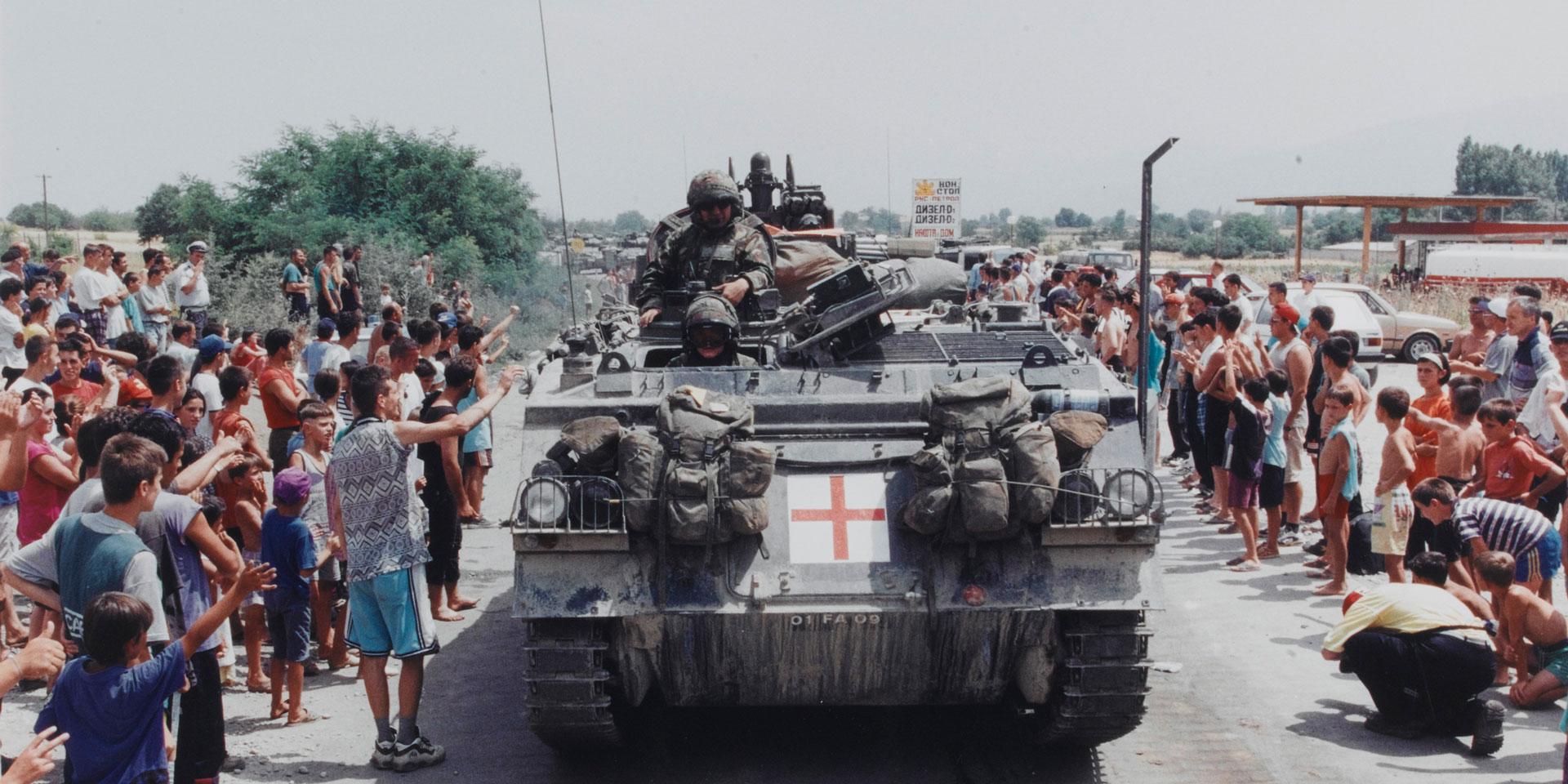 During the 1990s, the ethnic Albanians who made up 90 percent of the population of Kosovo grew increasingly resistant to rule from the Serbian capital, Belgrade. However, many Serbs viewed the region as a historically significant part of their country.

A guerrilla force known as the Kosovo Liberation Army (KLA) began mounting attacks on Serbian security forces, who responded with military repression of the population as a whole.

Serbian forces began attacking villages throughout Kosovo. By September 1998, an estimated 250,000 Albanians had been driven out of their homes.

In February 1999, a North Atlantic Treaty Organisation (Nato) peace-implementation force, KFOR, began to assemble in neighbouring Macedonia. By the end of the month, over 4,000 British troops had been committed to it. Eventually, over 40,000 Nato troops would deploy.

A Royal Air Force Tornado departs for a raid, 1999

Attempts to reach a negotiated settlement were blocked by the Serbs who reneged on earlier promises and continued their offensive in Kosovo. In March 1999, Nato therefore launched bombing raids against military targets in Kosovo and Serbia.

This was controversial as it was undertaken without United Nations Security Council approval and led to hundreds of civilian deaths. 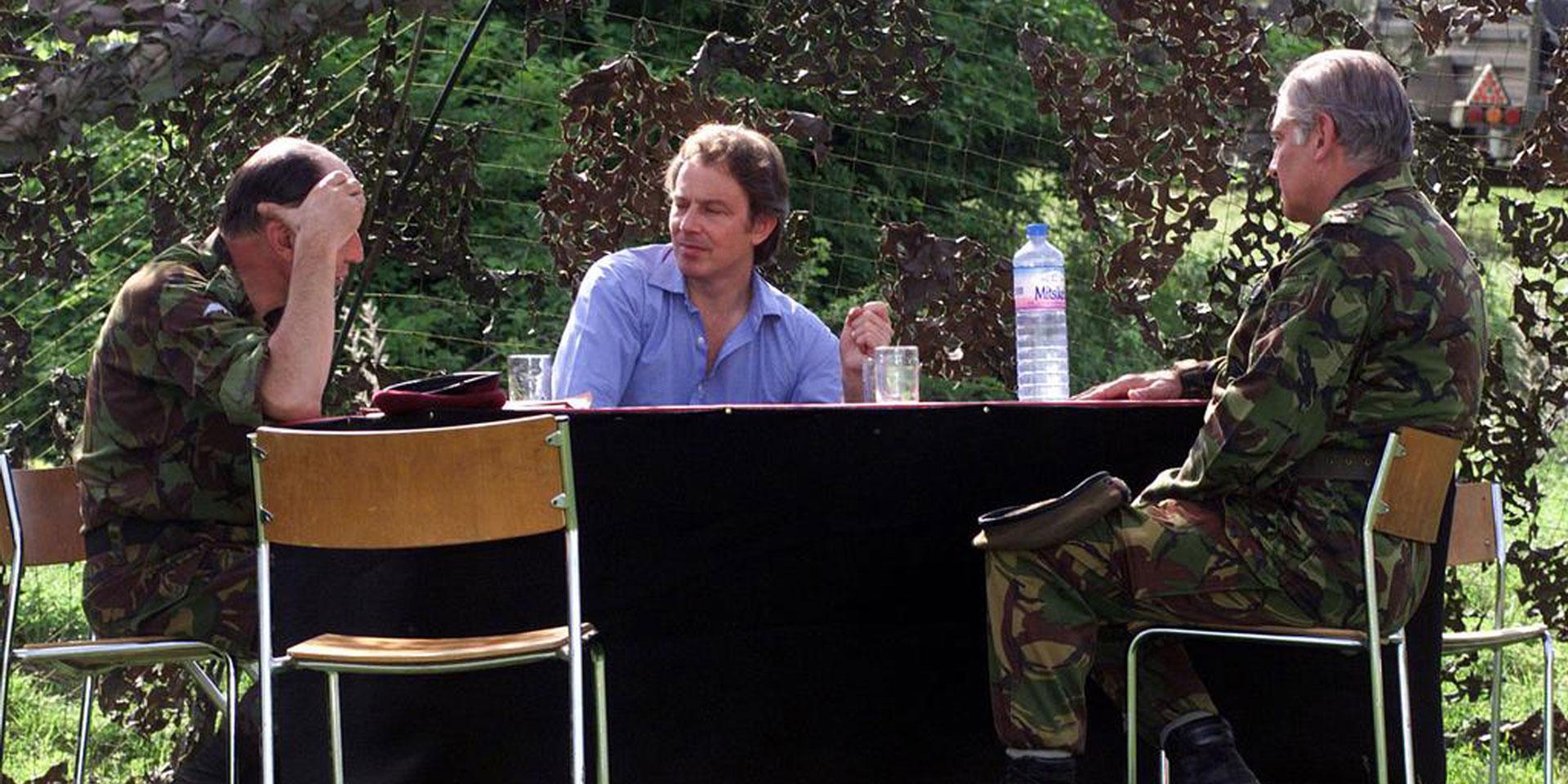 The Serbs responded by stepping up their activities in Kosovo. This led to a refugee crisis as a million Albanians poured across the borders into Macedonia and Albania. British troops assisted the aid agencies in coping with this influx of refugees, erecting tents, distributing food and providing medical assistance.

Eventually, a mixture of military action and diplomatic pressure forced President Milosevic of Serbia to agree to a Serb withdrawal from Kosovo and the deployment of the KFOR peace-implementation force.

Soldiers of The Parachute Regiment arrive in Pristina, 1999

British troops first entered Kosovo with other Nato troops on 12 June 1999 under the command of Lieutenant General Sir Mike Jackson. After The Parachute Regiment and The Royal Gurkha Rifles had secured the Kacanik gorge, The King’s Royal Hussars, and armoured companies from The Royal Highland Fusiliers and The Irish Guards, passed through them and headed for Pristina. The Fusiliers soon secured Urosevac on their way north.

The company of Guardsmen was then sent to secure Pristina airport. On their arrival, they found that a Russian advance party had deployed there without prior consultation with either KFOR or Nato.

The Irish Guards entered Pristina in force early on 13 June. They were later joined by members of The Parachute Regiment, who were brought in by helicopter.

Destroying a car used to transport weapons and explosives, 1999

The Serbian withdrawal from Kosovo was completed on 20 June and Nato ceased its air campaign. The following day, the KLA signed an undertaking to demilitarise within 90 days, a task completed by 21 September.

At least 10,000 people had been killed by the time the violence ended.

As the country became more stable, a multi-national force structure was established in Kosovo, with British troops deployed in and around the city of Pristina. Their mission was to establish and maintain a secure environment and to promote peace and stability in the country.

This involved deterring the renewal of hostilities between the two sides, confiscating weapons, maintaining public order, and protecting and securing freedom of movement for the international civil police force.

The British Army’s experience in Northern Ireland and Bosnia gave it considerable expertise in these kinds of activities. Furthermore, the relaxed attitude of the British soldiers - berets were worn rather than helmets - coupled with their undoubted military competence helped them win the respect of the locals.

An Army dentist and interpreter with a local child, 1999

By the end of 2003, KFOR troop levels had been reduced to around 17,000. However, ethnic unrest still occurred. In 2004, riots swept the country, causing the deaths of at least 30 people. In 2011, there was also a series of clashes on the border with Serbia over customs duties.

Ironically, although Nato originally went into action to protect the Kosovo Albanians, one of KFOR’s subsequent priorities was to protect the remaining minority Serb population against revenge attacks. Despite their best efforts, over 200,000 Serbs, Romani and other non-Albanians fled Kosovo.

Rounding up suspects in Pristina, 1999

Military Police at the scene of a murder of a Serbian, Pristina, 1999

Small detachments of British troops still serve in Kosovo with KFOR, which now consists of around 3,500 soldiers from over 30 countries, including non-Nato states. In the last 20 years, more than 200 Nato soldiers have died while serving with KFOR.

Kosovo unilaterally declared independence from Serbia in 2008. Although many countries now recognise it as a sovereign state, Serbia does not, still claiming it as an autonomous province.

'The Albanians loved the British Army, but there was a distinct... friction with the Serbians because let’s be honest Kosovo was accepted as part of Serbia, you know, the heartland of the Serbs. Quite rightly, the Serbians thought... well why are you pushing us out... and letting the Albanians take over? So there’s a distinct difference between how the Albanians thought... accepted us with arms open and flowers... but the Serbians were blatantly cold... ignored us completely.' Sergeant Major Ross Martin, 1st Battalion The Irish Guards, 2009

Soldiers of The Royal Gloucestershire, Wiltshire and Berkshire Regiment on patrol in Kosovo, 1999 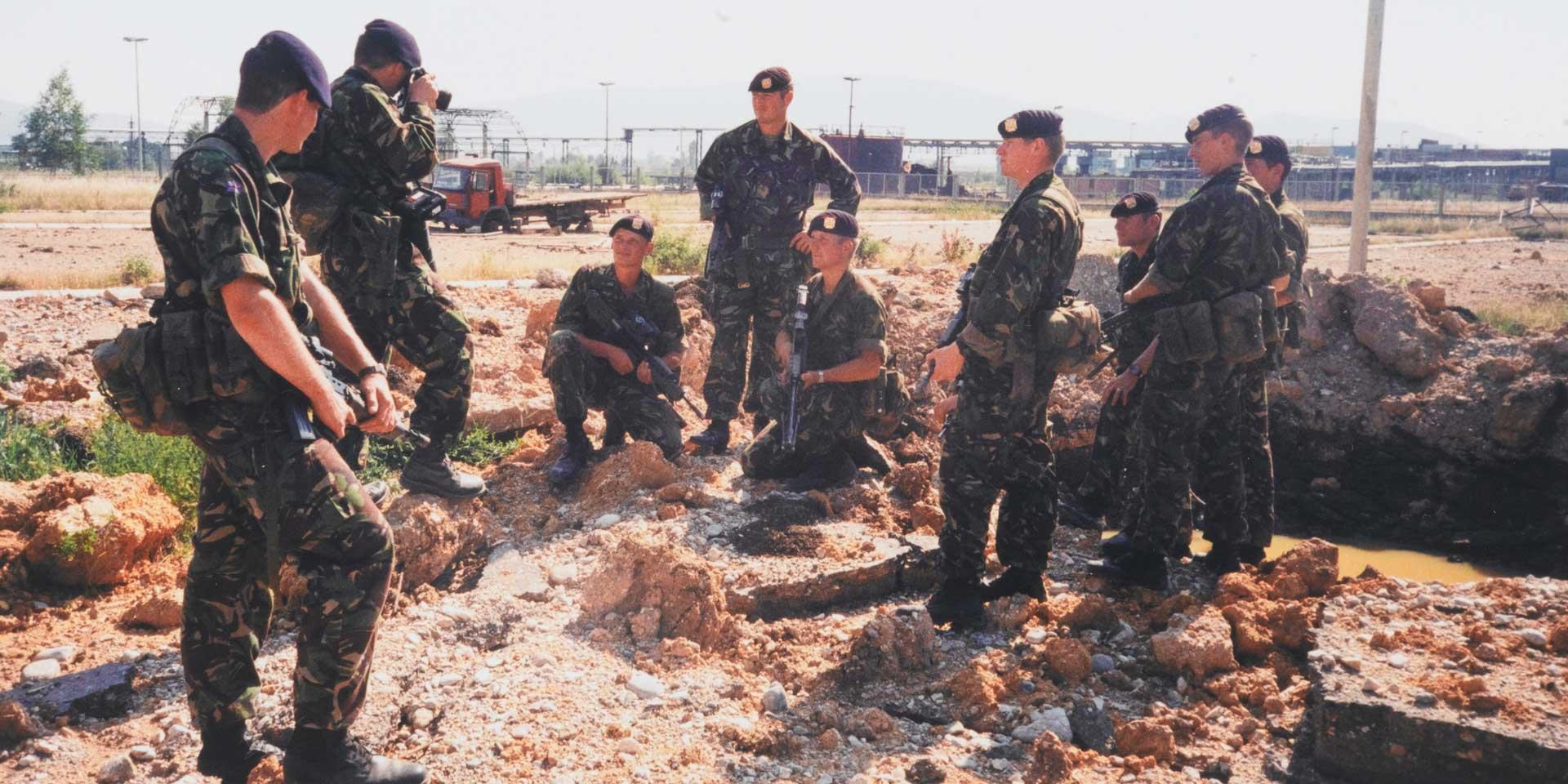 Soldiers of The Royal Gloucestershire, Wiltshire and Berkshire Regiment on patrol in Kosovo, 1999 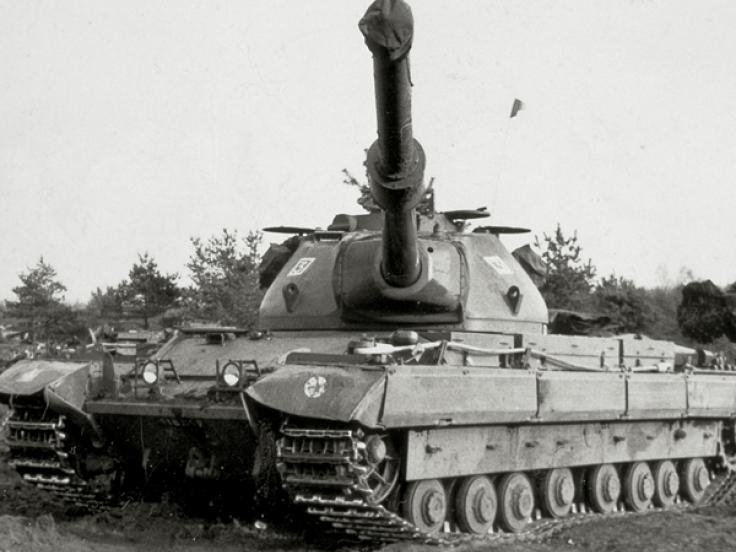 Nato has been the cornerstone of British defence planning for 70 years. Originally formed in the 1940s as a bulwark against communism, more recently it has been involved in peacekeeping roles and the ‘war on terror’.