Lost and found: A tale of two VCs

The medals of Private Francis Fitzpatrick, an Irish-born Victoria Cross hero, have recently been reunited at the National Army Museum after more than a century of separation. As well as telling the story of this brave soldier, the medals shed light on some of the lesser known Army campaigns in South Africa. 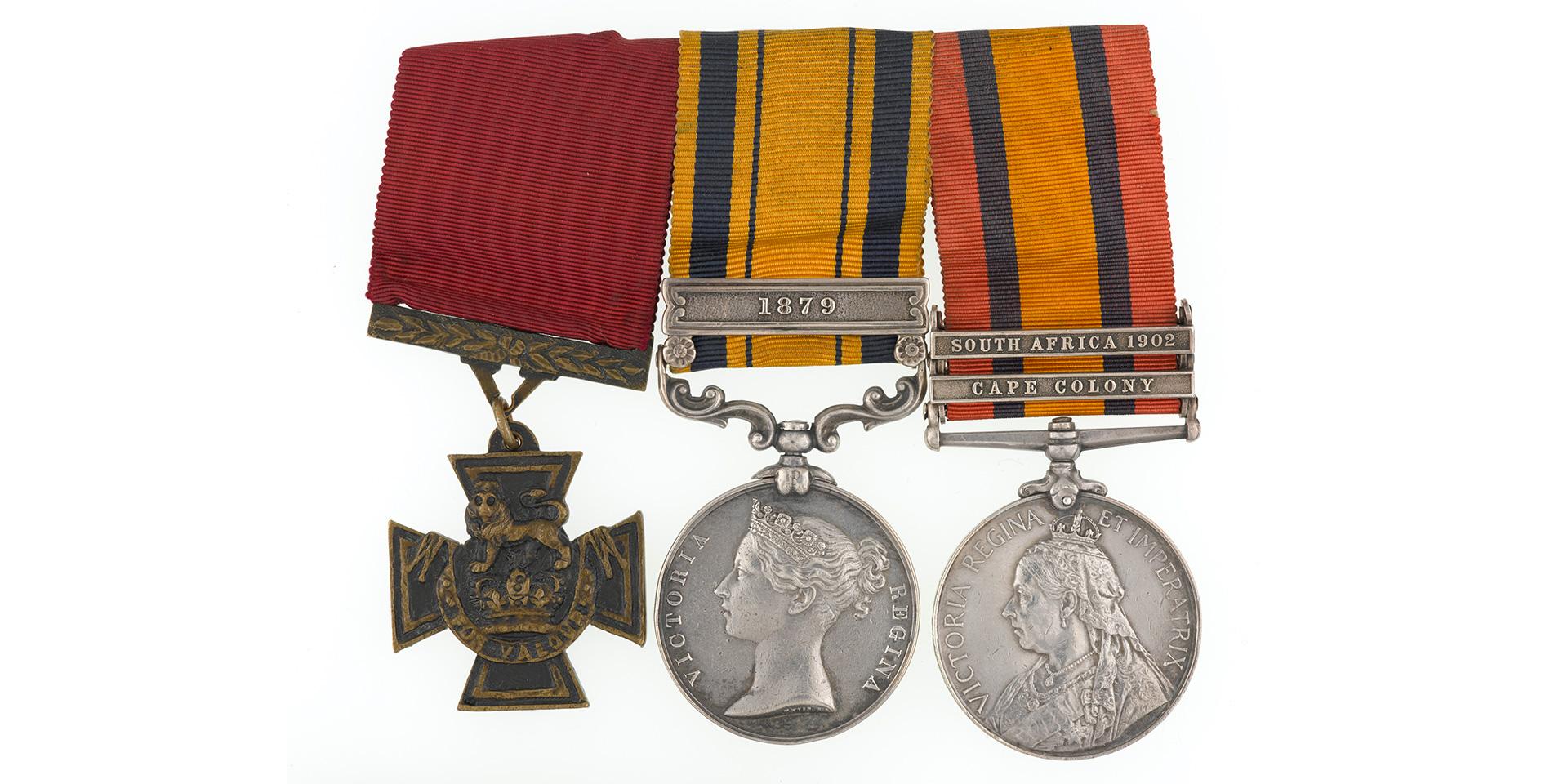 The two replica medals were issued by the War Office to replace lost originals. This process still occurs today, with the Ministry of Defence presenting replacement campaign medals or awards to veterans, or their loved ones, if the originals have been stolen or destroyed.

Normally, the Museum would focus on acquiring original items, but this replacement medal group has an interesting story to tell.

Francis Fitzpatrick was born at Clontibret in Ireland in 1859. At the age of 17, he enlisted with the 94th Foot at Newry and was then posted to South Africa, where he served in the Zulu War of 1879.

Later that year, his unit was engaged in eastern Transvaal against the Pedi people and their king, Sekukuni (or Sekhukhune). The Pedi were regarded by both the Boers and the British as a threat to colonial settlement. They had successfully repulsed attacks by their Boer neighbours a few years earlier.

The British had subsequently annexed the Transvaal in 1877 and, after defeating King Cetshwayo and his Zulu army, were now in a position to focus on King Sekukuni.

King Sekukuni with members of his family, 1879

In September 1879, Lieutenant-General Sir Garnet Wolseley mounted an expedition against the Pedi. On 28 November, he attacked and overran Sekukuni's capital, despite determined enemy resistance.

It was during this engagement that Private Fitzpatrick won his VC. Along with Private Thomas Flawn (also of the 94th) and several members of the Native Contingent (NC), Fitzpatrick came to the rescue of Second Lieutenant James Dewar of the 1st King's Dragoon Guards, who was wounded and unable to move.

As they attempted to carry him to safety, the group was attacked by around 30 enemy warriors. The men of the NC fled, but Fitzpatrick and Flawn remained with Dewar. After firing a quick volley to deter the tribesmen, they proceeded to evacuate him back to their camp by alternately carrying him and firing at the enemy to cover their retreat.

Fitzpatrick and Flawn - aged 20 and 21 respectively - were both awarded the VC. The pair received their crosses from Lieutenant-Colonel Philip Anstruther, commanding officer of the 94th, on 17 September 1880.

With King Sekukuni now imprisoned, Boer resentment at the British annexation of the Transvaal came to the fore. This sparked a conflict known as the Transvaal War (1880-81), sometimes referred to as the First Boer War.

Fitzpatrick was with the 94th, under the command of Anstruther, when the regiment was attacked en route to Pretoria by at least 250 Boers near Bronkhurstspruit on 20 December 1880. Around 156 of the 253 British soldiers were killed or wounded within just 15 minutes. Fitzpatrick was among those injured.

While he was lying unconscious, seemingly dead, another soldier is thought to have taken his medals. He may have intended to sell them - there was a significant market for VCs even in the 1880s - or perhaps he planned to return them to Fitzpatrick’s family. We will never know, as he is believed to have been killed later in the conflict.

Fitzpatrick was captured by the Boers, who tended his wounds before releasing him at the end of the conflict in March 1881.

Released prisoners of the 94th Regiment from Bronkhorstspruit, Pretoria, 1881 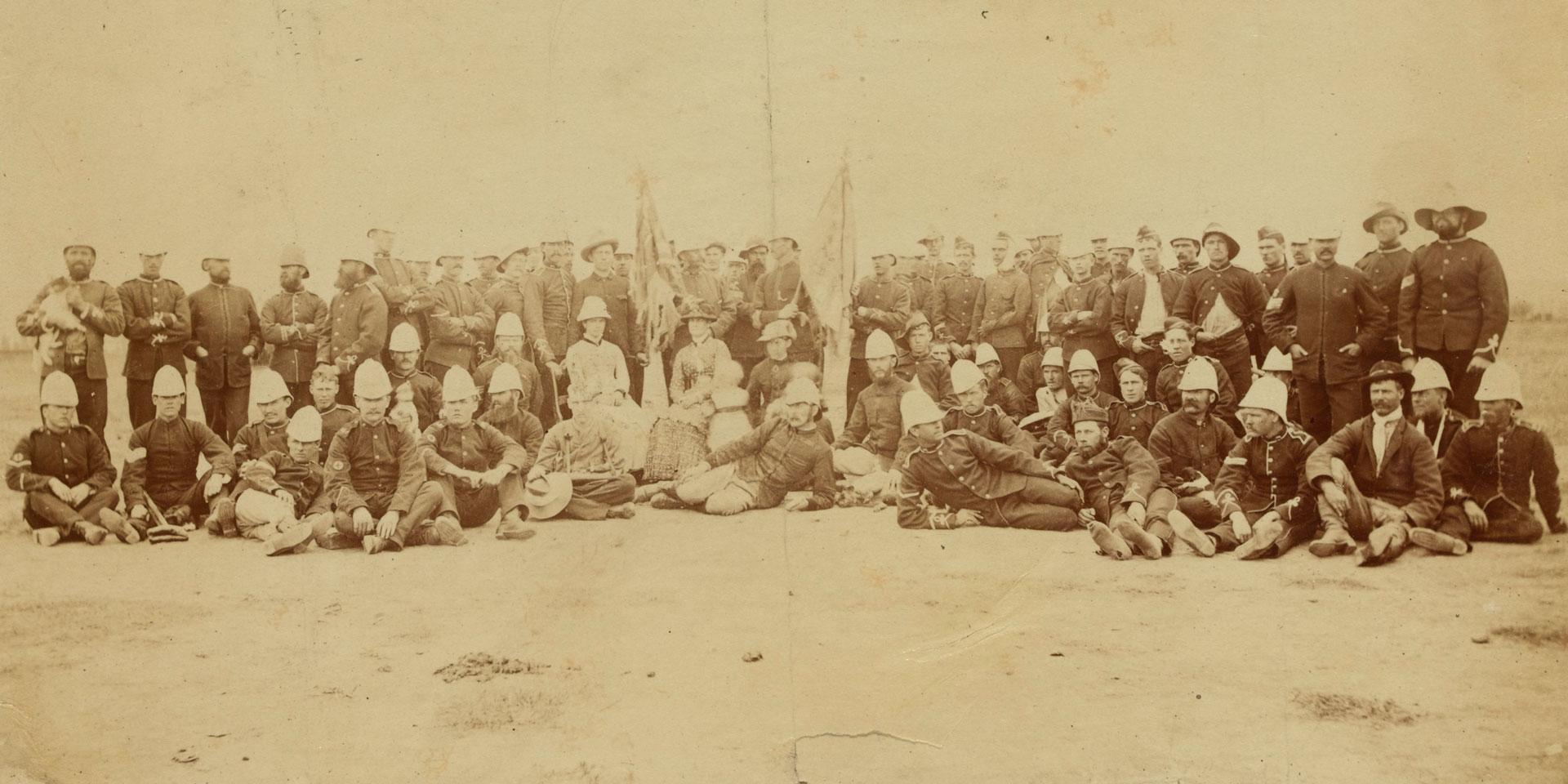 Released prisoners of the 94th Regiment from Bronkhorstspruit, Pretoria, 1881

Following the loss of his VC and South Africa Medal, Fitzpatrick applied for and received replacements. These replicas may have been presented to him by Queen Victoria at Buckingham Palace in late 1881, while he was still confined to a stretcher.

Soon after, he left the Army and set up a stable in Malta. Little information can be found regarding this venture, but he later worked as a groom in Glasgow.

When the Boer War (1899-1902) broke out, Fitzpatrick re-enlisted in The Argyll and Sutherland Highlanders and returned to South Africa. He received the Queen’s South Africa Medal with clasps for 'Cape Colony' and 'South Africa 1902' for his services.

He continued to wear this, along with his two replacement medals, while working as a General Post Office doorkeeper in Glasgow after finally leaving the Army.

At some point, Fitzpatrick’s original VC and South Africa Medal were found and returned to him. However, he failed to send his replacement medals back to the War Office, and his family inherited them (along with his original Queen’s South Africa Medal) after his death in Glasgow in 1933.

These medals were subsequently sold, appearing in a Belfast shop in 1950 priced at £100 (around £3,500 today). Following an article in ‘The Belfast Telegraph’, the medals were bought by a collector. He presented what he believed to be originals to the Ulster Museum, so that Fitzpatrick could be remembered in his homeland.

In 1906, Fitzpatrick’s original VC and South Africa Medal had in fact been sold to Lieutenant-Colonel Henry Jourdain of The Connaught Rangers - the successor unit to the 94th - for £42 (just over £5,000 today). Jourdain spotted the medal group in the Ulster Museum shortly after it had gone on display and made it very clear that he owned the originals.

The medal group was removed from display so that it could be authenticated by Hancocks, the jewellers who make VCs. It was identified as having two Victorian replicas (the VC and South Africa Medal) and one original Queen’s South Africa Medal. The Ulster collector demanded a refund from the vendor - which he duly received - and subsequently gave up medal collecting.

Jourdain’s collection of medals relating to The Connaught Rangers was later donated to the National Army Museum. Consequently, when the other set of Fitzpatrick’s medals came up for sale, the Museum purchased them so that the two could be reunited. 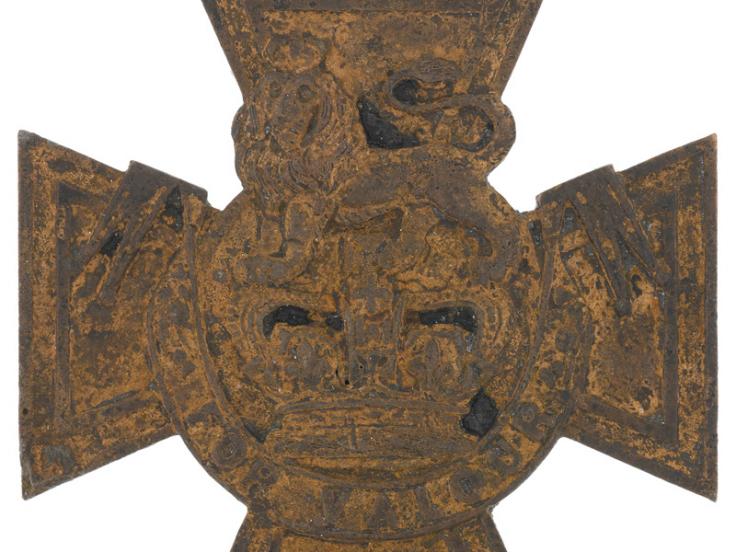 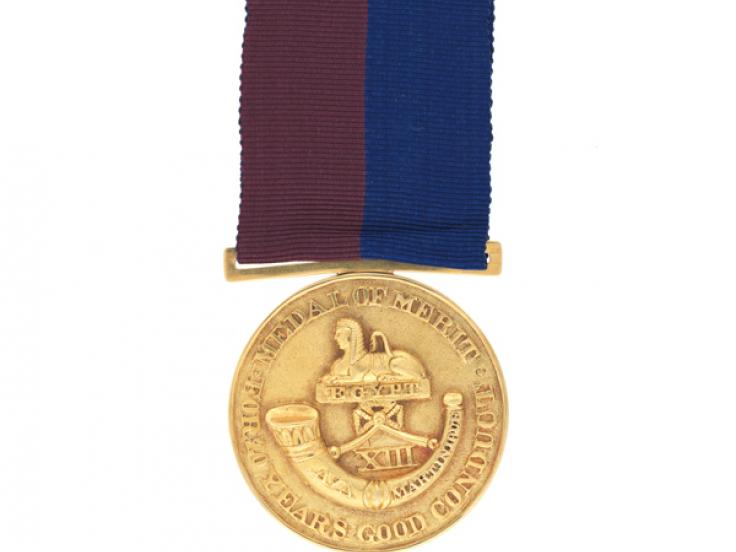 Before campaign medals, gallantry decorations and good conduct awards were introduced in the 19th century, many regiments rewarded outstanding service with their own ‘unofficial’ medals.