Formed in 1993, this is the British Army’s largest corps. From storing and moving equipment, fuel, ammunition and supplies, to cooking meals, fixing IT systems and delivering the mail, it supports Army operations around the world, whether by land, sea or air. 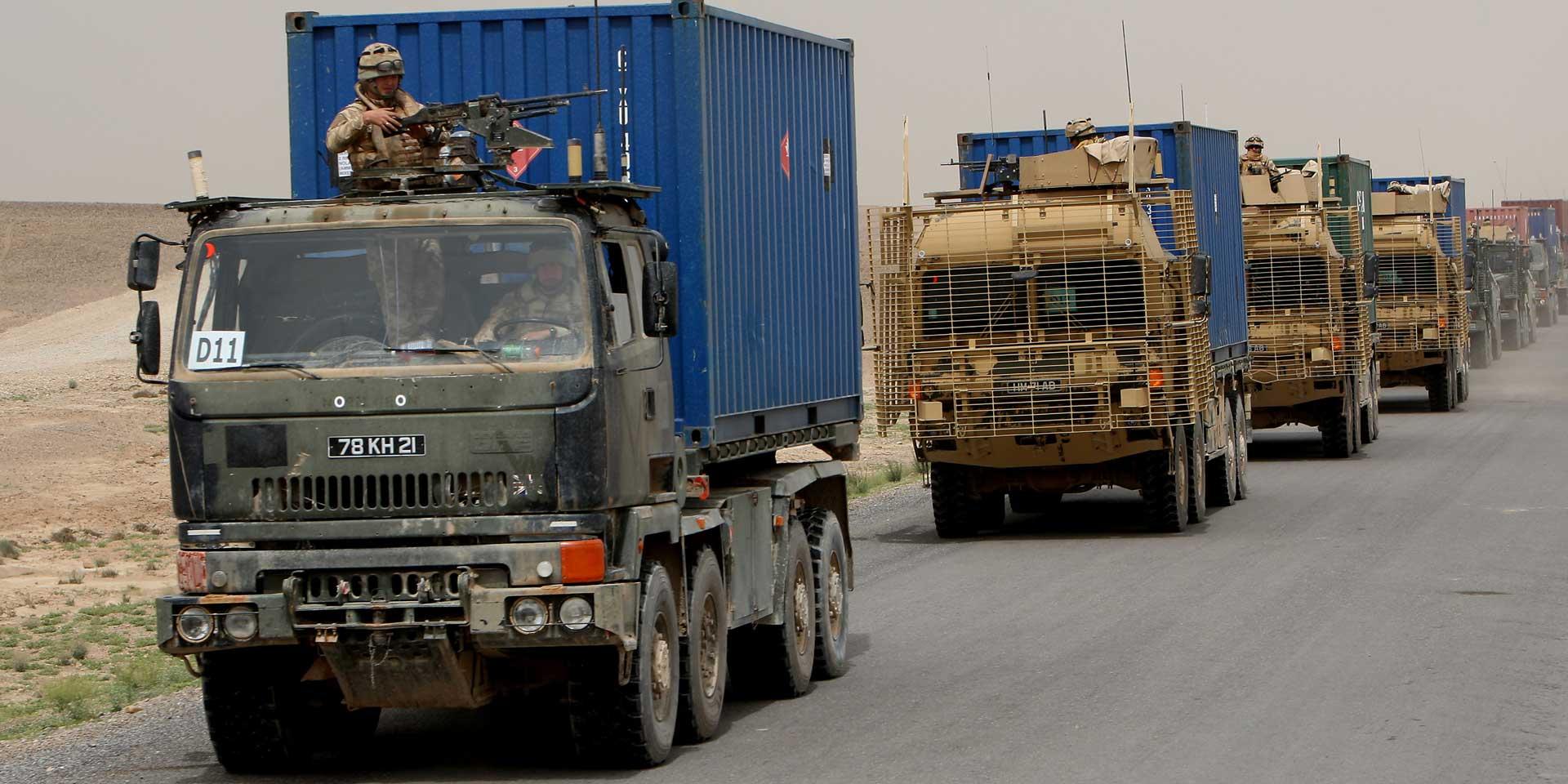 The unit was formed in April 1993 by merging the Royal Corps of Transport, the Royal Army Ordnance Corps, the Royal Pioneer Corps, the Army Catering Corps and the Royal Engineers Postal and Courier Service.

The Royal Logistic Corps (RLC) is responsible for moving soldiers, materials, motor vehicles, tanks, ammunition, fuel, food and other supplies to where they are needed. Without the vital services and skills of the RLC, it would be impossible for the Army to operate properly.

The corps is responsible for thousands of motor vehicles as well as the Army’s storage, ordnance and fuel depots. It also operates the Army's air dispatch service, and maritime and rail transport. It provides pioneer labour and cooks, and is involved in explosive ordnance disposal.

Members of the corps help manage and maintain IT systems that aid logistics, and fix problems with network infrastructures and operating systems. They ensure the secure delivery of mail for all three armed services and also serve as photographers.

In recent years, the corps has deployed units to Northern Ireland during the final years of ‘the Troubles’, served with the British Army of the Rhine in Germany, and undertaken peace-keeping duties in Cyprus, Bosnia and Kosovo (1999). It also served in the recent conflicts in Afghanistan (2001-14) and Iraq (2003-11).