This British Army corps was responsible for various kinds of light engineering tasks. Although formed in 1939, several previous units had existed that performed similar roles. It was amalgamated into the Royal Logistic Corps in 1993. 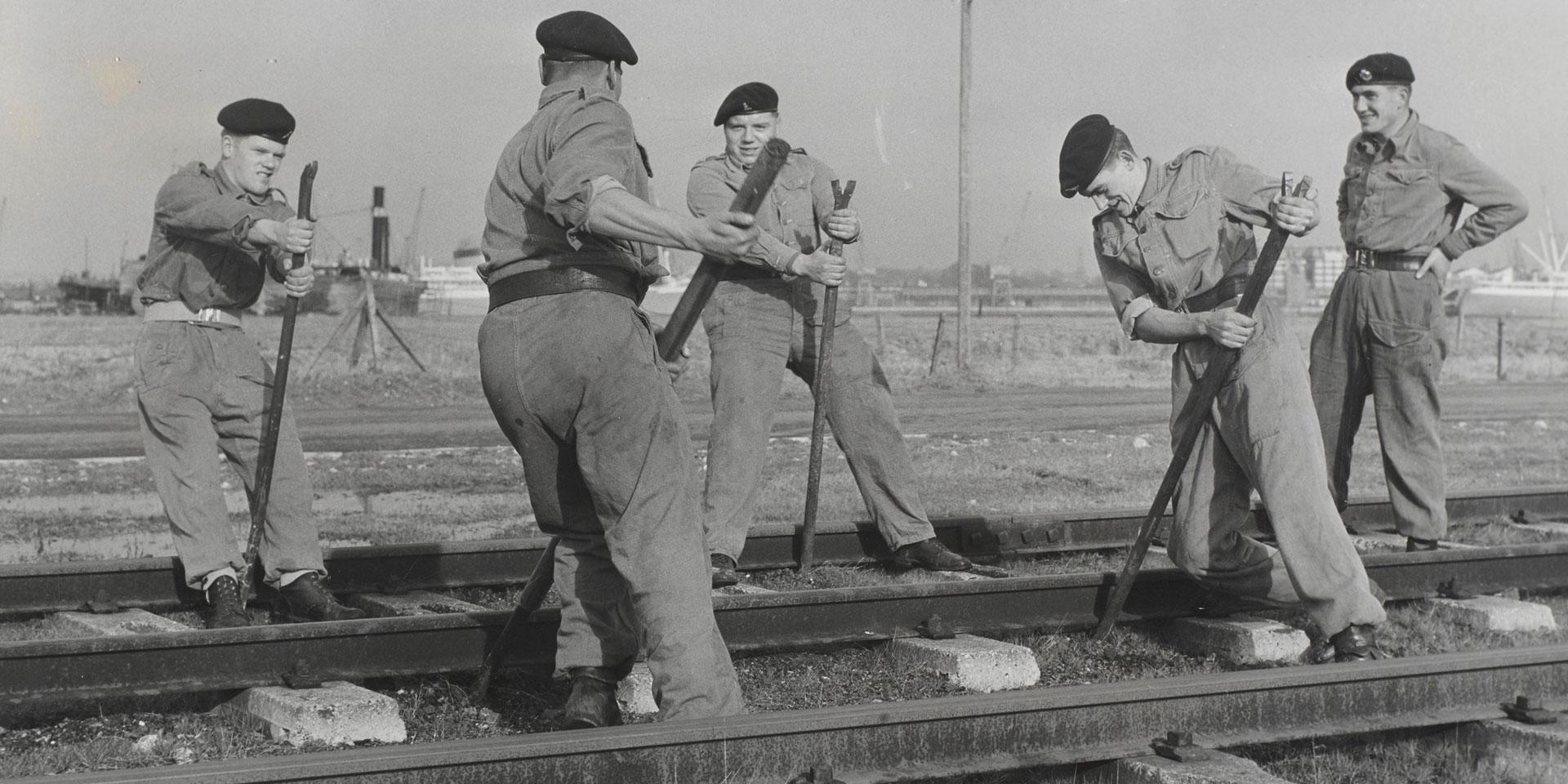 The British Army frequently raised pioneer units to dig fortifications, siege works and other earthworks. These included the Royal Pioneer Corps (1762-63), the Corps of Pioneers (1795-1800), and an Army Works Corps for the Crimean War (1854-56).

Each of these units was created as a subsidiary to an existing corps, such as the Royal Engineers. And each was disbanded at the end of the conflict for which it was raised.

During the First World War (1914-18), the trench networks of the Western Front were dug by infantry regiments' own pioneer battalions and by Labour Companies of the Army Service Corps.

In 1917, a Labour Corps was formed from men not healthy enough to serve on the front line. As well as British soldiers, this included thousands of Chinese, African and Arab labourers.

By the end of the war, the Labour Corps had a strength of about 380,000 men. They were stationed in Britain, on the Western Front, in Italy, Egypt and Salonika. This force was disbanded in 1919.

In September 1939, Works Labour Companies were formed from Reservists. A month later, these were grouped together to form the Auxiliary Military Pioneer Corps (AMPC).

From its inception, this was ranked as a combatant unit - a status no previous pioneer unit had achieved. In June 1940, many of the AMPC's companies had to be pressed into use as combat troops during the Battle of France (1940), before being evacuated.

In November 1940, the unit was renamed the Pioneer Corps. Its recruits included Jewish and anti-Nazi refugees who had fled from Austria, Germany and Eastern Europe.

Heavier engineering work remained with the Royal Engineers, but the light engineering tasks of the Pioneer Corps included building anti-aircraft emplacements on the Home Front, working on the Mulberry harbours for D-Day, and serving during beach assaults in France and Italy. Pioneers also carried stretchers, built airfields, repaired railways, and moved stores and supplies.

By May 1945, the corps included around 180,000 British personnel and 400,000 Commonwealth members. The following year, it gained a 'Royal' prefix in recognition of its wartime contribution.

In 1950, the Royal Pioneer Corps was promoted from subsidiary corps to regular corps status. Although reduced in size, the unit continued its work until 1993, when it was amalgamated into the Royal Logistic Corps. Prior to this, it had served in all the British Army's major post-war deployments.

Explore the history and collections of the Royal Pioneer Corps by visiting the Royal Logistics Corps Museum at Deepcut in Surrey.