The Ordnance Corps was the body charged with supplying weapons, ammunition and equipment to the British Army. It had a long and complex history, ultimately originating in two corps, one for officers and the second for other ranks. 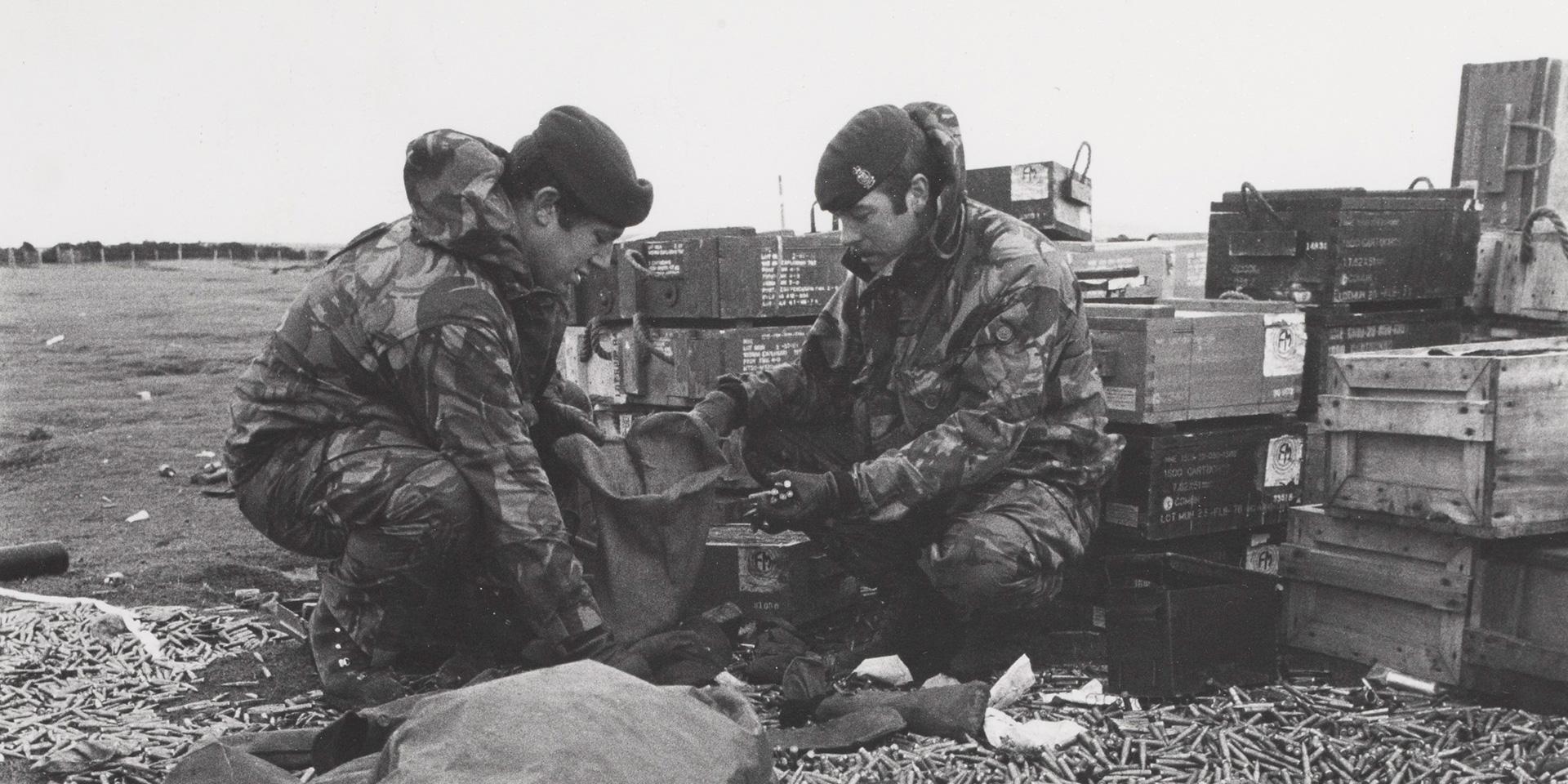 The officer unit began as the Office of Ordnance, set up in 1414 at the very dawn of gunpowder warfare and renamed the Board of Ordnance in 1683. At the outbreak of the French Revolutionary Wars (1793-1802), a Field Train Department was set up within the Board.

The Board was abolished in 1855 following the Army’s logistical failures in the Crimean War (1854-56) and its responsibilities transferred to the War Office, the Royal Artillery and the Royal Engineers.

During 1857-58 two units were set up to carry out these functions, the officer-only Military Store Department and the Corps of Armourer-Sergeants for non-commissioned officers. Both were based primarily at the Tower of London, Woolwich and Weedon. The Field Train Department outlived the Board of Ordnance and was only disbanded in 1859.

These two units were supplemented by the Military Store Staff Corps (MSSC) in 1865 which provided other ranks. In 1869 the MSSC’s transport and supply functions were transferred to the new Army Service Corps and the Military Store Department was renamed the Control Department.

The 1870s saw further reorganisation. In 1875 the Control Department was split into the Ordnance Store Department (OSD), the Commissariat and Transport Department and the Pay Sub-Department. Two years later the MSSC was transferred wholesale to the Army Service Corps as that unit’s Ordnance Store Branch.

Candle snuffer tray decorated with the arms of the Board of Ordnance, c1696

Bread saved from the Siege of Ladysmith by a member of the Army Ordnance Corps, c1900

These campaigns required the support of large numbers of troops, animals and equipment in hostile environments. The ordnance units created a well-developed system of stores dumps and repair facilities along extended lines-of-communication.

Which of the following was a nickname for the Royal Army Ordnance Corps?

The regiment was nicknamed the 'Sugar Stick Brigade' because of the red and white piping on their uniforms.

The First World War (1914-18) saw the officers and men of the Department and Corps heavily engaged, especially in the artillery-dominated theatre of the Western Front. The number of ordnance personnel grew enormously, as did the storage and logistics infrastructure needed to supply the guns.

Their vital role was recognised on 28 November 1918, when the Department was amalgamated into the Corps. The new Army Ordnance Corps was granted the prefix ‘Royal’ in 1922.

It served in numerous roles during subsequent conflicts, such as bomb disposal during the Second World War (1939-45). It was also responsible for much of the repair of Army equipment and vehicles until that task was made the responsibility of the Royal Electrical and Mechanical Engineers in 1942.

In 1992 the unit's staff clerks were merged into the newly formed Adjutant General’s Corps. A year later the Royal Army Ordnance Corps itself was merged with several other units to form the Royal Logistic Corps.

Explore the history and collections of the Royal Army Ordnance Corps by visiting The Royal Logisitic Corps Museum.