Major-General Sir William Inglis was a British Army officer who had a long and successful career. He served across the British Empire in several campaigns, but it was his actions in the Peninsular War (1808-14) that earned him national fame. He showed enormous personal courage and leadership under fire, and created a legend that lasted for centuries. 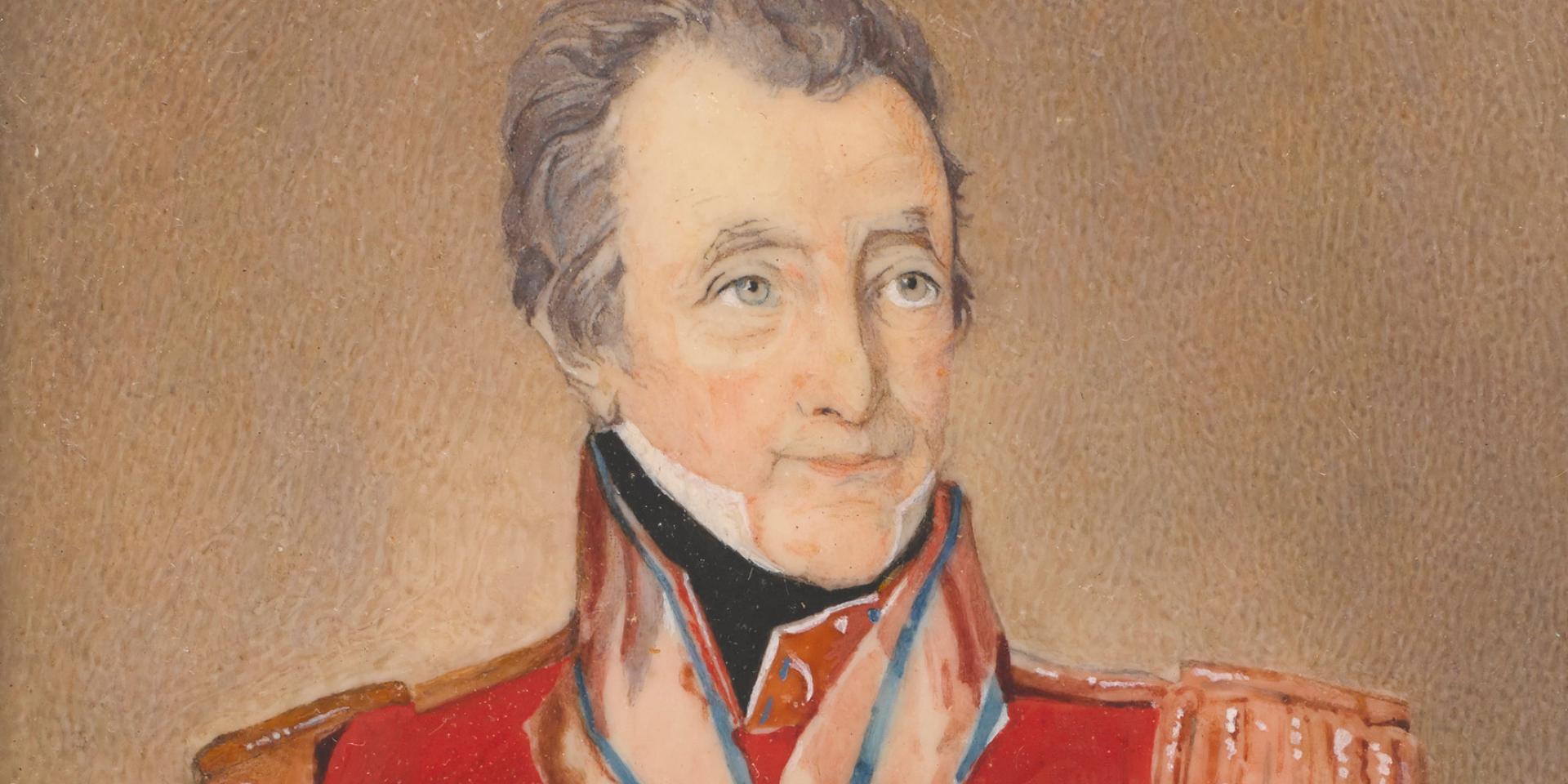 Little is known of William Inglis’ early life. Born in Edinburgh in 1764, he joined the Army in 1779 as an ensign, the lowest officer rank.

In 1781, he travelled across the Atlantic to join the 57th Regiment of Foot at the height of the American War of Independence (1776-83). Following the British defeat, Inglis withdrew to Nova Scotia with his regiment, where he would serve for the next 10 years.

Promotions and new campaigns followed, with Inglis serving in Britain, the Low Countries, and the Caribbean. He was promoted to lieutenant-colonel in 1802, and took command of his battalion of the 57th. He was praised for the morale and ability of his men, though he referred to them as ‘fighting villains'.

In 1809, he and his soldiers sailed to Portugal with Sir Arthur Wellesley’s army for service in the Peninsular War. 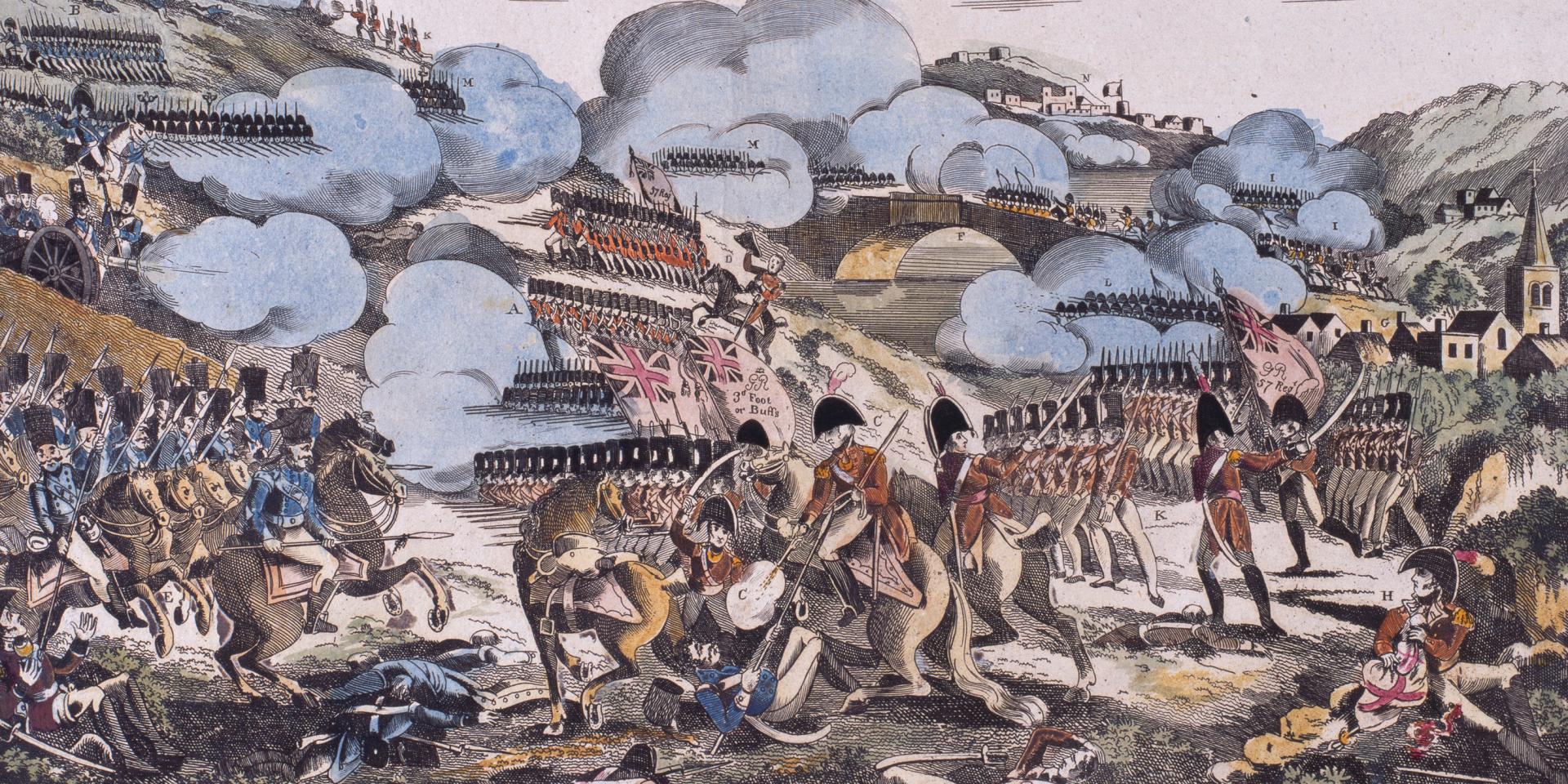 On 16 April 1811, William Inglis and the 57th were part of a mixed force of Spanish, Portuguese and British soldiers. They were led by a British commander, Field Marshal Sir William Beresford.

During the battle, the British suffered a massive flanking attack by the French. Muskets and cannon were fired at the British from short range, and the 57th Regiment suffered particularly severely.

Inglis himself was severely wounded early in the battle. Canister shot fired from a French cannon struck him near the neck and lodged in his back.

But Inglis refused to be carried to the safety of the rear, and turned down medical attention. He remained with the regiment, lying below their Colours behind the ranks, and encouraging his men with the words, ‘Die hard, 57th! Die hard!’

Despite mounting casualties, the 57th held their ground. A British counter-attack eventually drove the French away, and the battle ended in an indecisive draw.

Regimental Colour of the 57th carried at Albuhera in 1811

The resolve shown by the 57th Regiment at Albuhera was due in part to the leadership of Inglis, who had encouraged his troops throughout. The example he set, combined with his men’s bravery, earned them the nickname the ‘Die Hards’, a name that stuck with the regiment despite subsequent amalgamations.

‘Nothing could exceed the conduct and gallantry of Colonel Inglis at the head of his regiment.’ Field Marshal Sir William Beresford, allied commander at the Battle of Albuhera, 1811

The canister shot that wounded Sir William Inglis at Albuhera, 1811 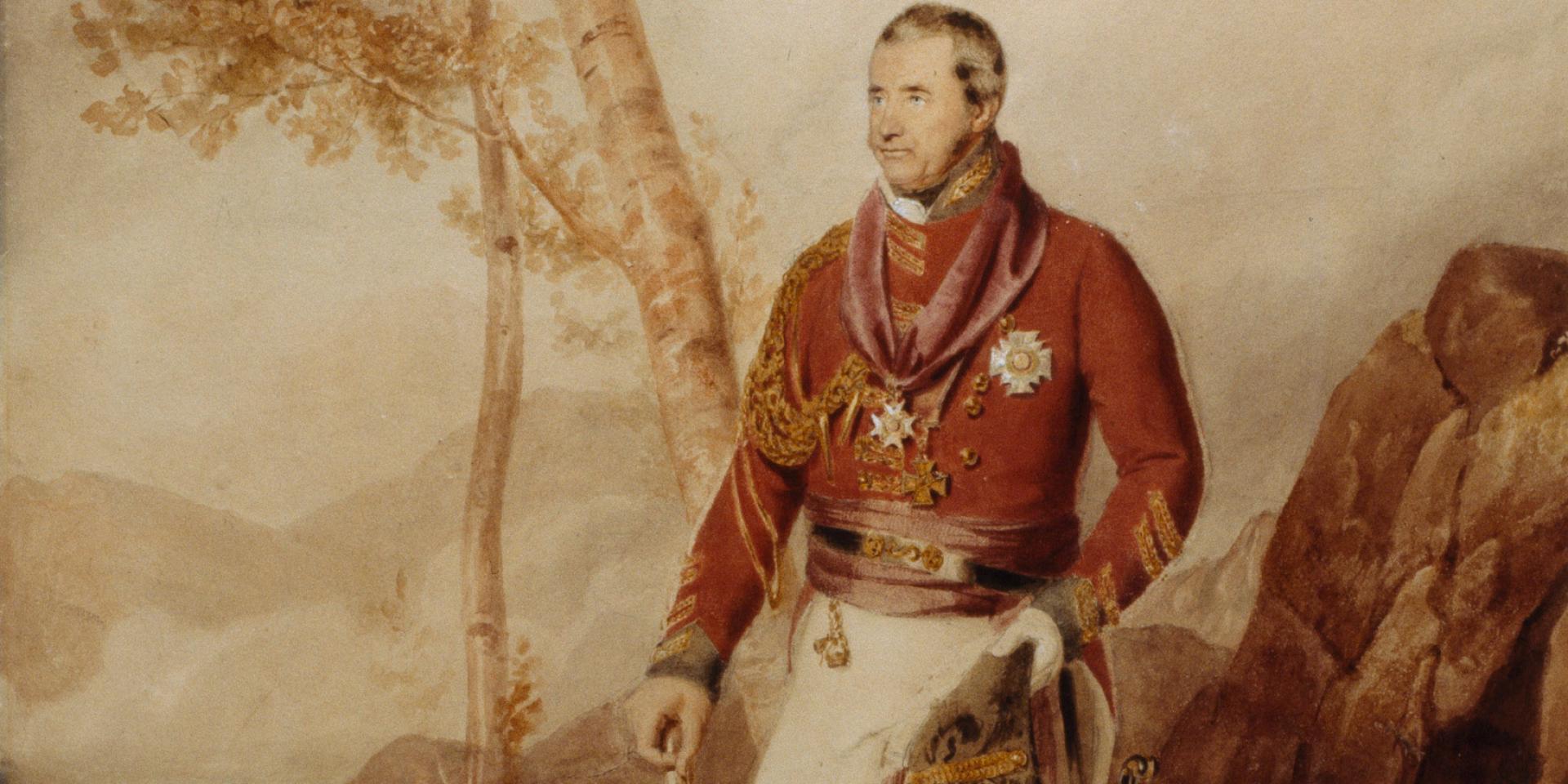 Inglis was so badly wounded that he had to return to Britain to recover. It would be two years before he returned to the Peninsula and took command again. In May 1813, he was promoted to brigadier-general and then major-general.

In the Battle of the Pyrenees in July and August 1813, Inglis once again led his men from the front, storming a French position and having a horse shot from under him.

In 1813, Inglis was wounded in the foot at the Battle of Nivelle. But he was still able to lead men into battle at Orthes on 27 February 1814, where another horse was shot from under him.

Inglis retired shortly after the end of the Peninsular War. Throughout his military career, he had shown tremendous leadership, putting himself in harms way to encourage his men and sharing the dangers of combat with them.

Inglis also received civilian acclaim. His leadership at Albuhera had been covered in the newspapers, and after the war he was voted thanks by both Houses of Parliament and made a Knight Commander of the Order of the Bath on his return to Britain.