General Sir Thomas Fairfax was arguably the most important general of the British Civil Wars. As Commander-in-Chief of the New Model Army, he played a key role in defeating the Royalists. Yet, after the death of Oliver Cromwell, he was also instrumental in the Restoration of King Charles II.

Lord Fairfax, General of the forces raised by the Parliament, c1650 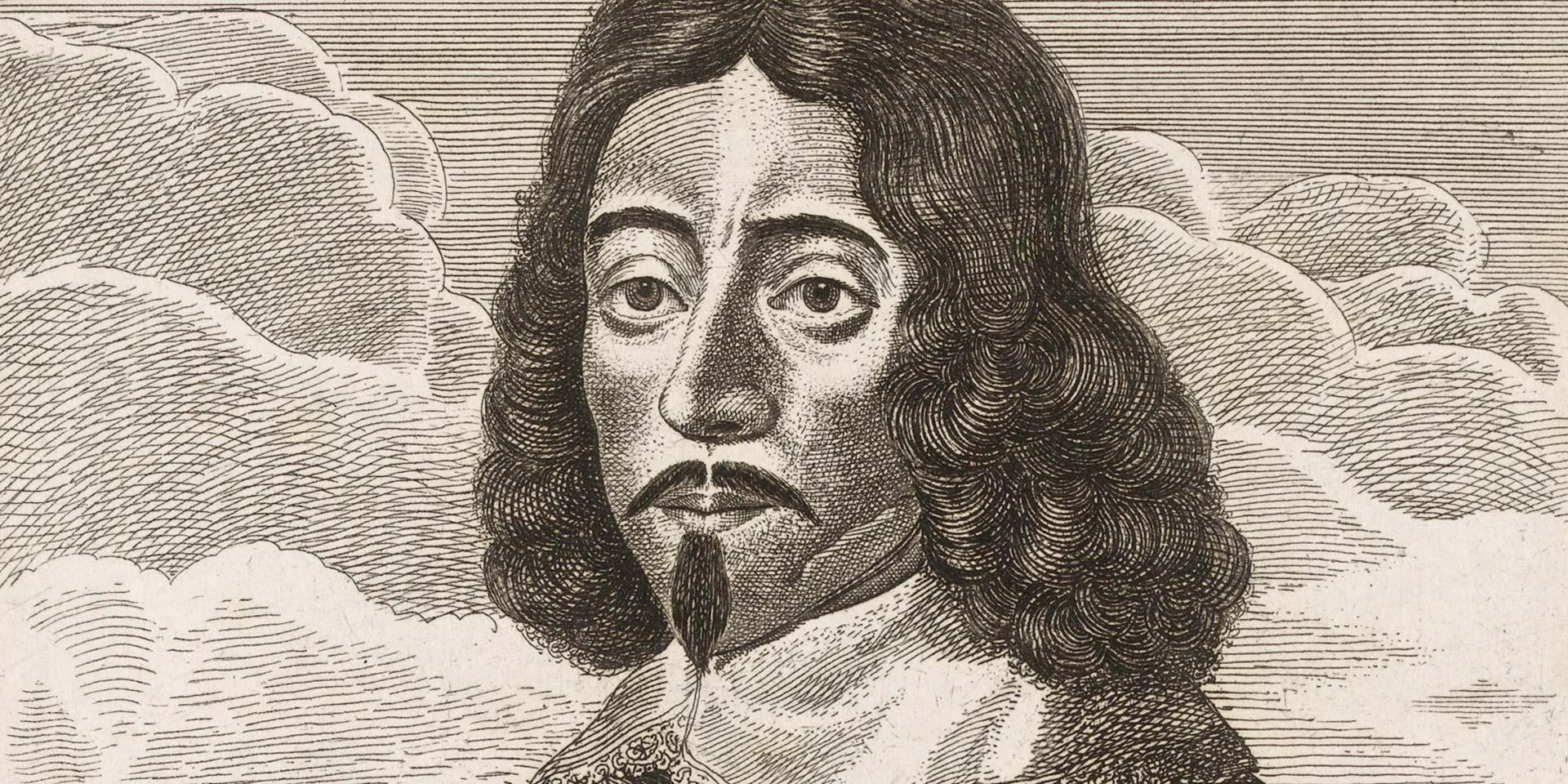 Lord Fairfax, General of the forces raised by the Parliament, c1650

Thomas Fairfax (1612-71) came from a Yorkshire gentry family. His first military campaign was in support of the Protestants in the Netherlands. On returning home, he commanded a cavalry troop on behalf of King Charles I against the Scots during the First Bishop’s War (1639).

During the political crisis of 1641-42, he was one of the moderates who were anxious for agreement between King and Parliament. But on the outbreak of war, he and his family supported the latter.

War in the north

The Fairfaxes were among Parliament's leading supporters in northern England. Throughout 1643, they helped pin down larger Royalist forces, preventing them from marching south to reinforce the king.

In a series of battles, culminating in the Parliamentarian victory at Winceby in October 1643, Thomas established a reputation as a courageous cavalry commander, always willing to be in the thick of the action.

He was also lucky; a useful quality for any general. Although wounded on several occasions, he survived all his injuries. By the end of 1643, he was recognised as one of Parliament’s most valuable commanders.

Fairfax’s victories at Nantwich (January 1644) and Selby (April 1644) cemented his reputation. Although his command was routed at the Battle of Marston Moor (July 1644), his efforts in holding out against the odds the previous year had laid the groundwork for the Parliamentarian victory. 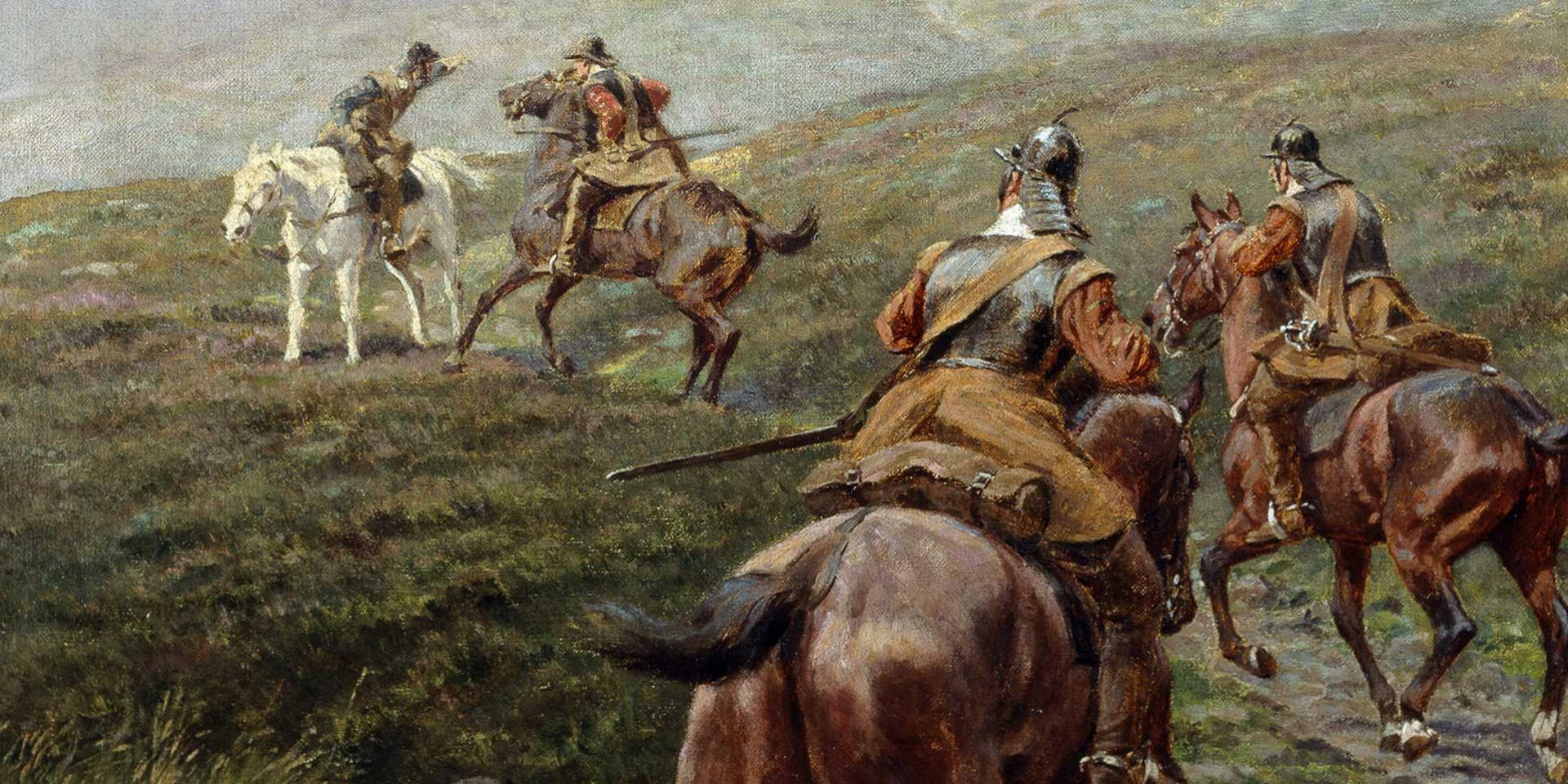 In December 1644, at the age of just 32, Fairfax was appointed commander of the New Model Army. In under six months, he forged the remains of three older Parliamentarian armies into a new battle-winning force.

Its first test came in June 1645 at the Battle of Naseby, where years of battlefield experience and an instinctive sense of timing enabled Fairfax to smash the Royalist army in just two hours.

The next month, he destroyed the last effective Royalist field army at the Battle of Langport. This was followed by a mopping up operation which culminated in the fall of Oxford, the Royalist capital, in June 1646.

The Royalist and Parliamentarian armies at Naseby, 1645

Badge awarded to Sir Thomas Fairfax as commander of the New Model Army by Parliament and the City of London, 1645

‘The general is a man of honour and keeps his word.’ King Charles I on Sir Thomas Fairfax, 1647

Fairfax was popular with his men, but could be ruthless when circumstances demanded it. During the Second Civil War he ordered two of the captured Royalist defenders of Colchester to be shot, and in 1649 ordered the execution of a number of army mutineers.

The Siege of Colchester by Lord Fairfax, 1648

Fairfax was out of his depth in politics and often found himself out-manoeuvred. As time went on, he found that many of his officers were rallying around the more radical and politically shrewd Oliver Cromwell.

Fairfax refused to attend the trial of King Charles I in 1649 and tried to avert the king’s execution. He remained in England during Cromwell’s invasion of Ireland, and refused to lead the invasion of Scotland in 1650, which caused him to resign his command.

Always opposed to military rule, in 1660 Fairfax raised troops in Yorkshire to support General George Monck. By neutralising Parliamentarian forces in the north, he gave Monck the chance to march south and restore King Charles II.