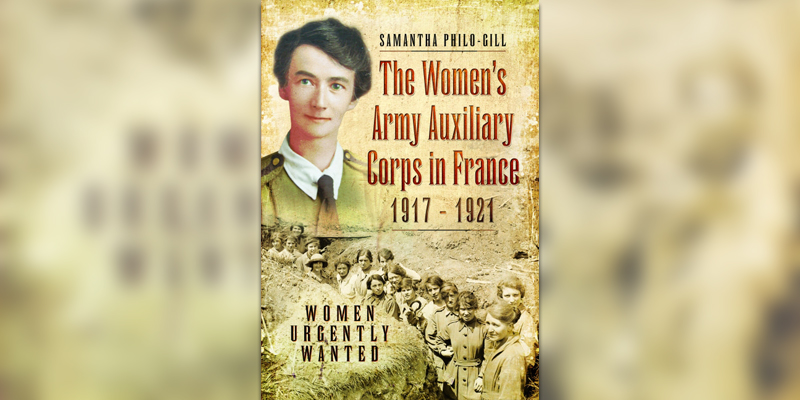 Samantha Philo-Gill examines the formation of the Women's Army Auxiliary Corps in 1917 and the experience of those who served in France.

In March 1917, the first women to be enrolled into the British Army (other than in nursing roles) joined the newly formed Women’s Army Auxiliary Corps (WAAC).

These women took up jobs that the Army considered suitable, thereby freeing up men for the front line. The WAACs served as cooks, drivers, signallers, clerks, and as gardeners in military cemeteries.

Due to their exemplary service, Queen Mary gave her name to the corps in April 1918 and it became Queen Mary's Army Auxiliary Corps (QMAAC).

By the time the corps was disbanded in 1921, approximately 57,000 women had served both at home and in France.

This talk explores the experiences of women in the WAAC, from enrolment to the camps and workplaces overseas, through to their experiences of the Spring Offensive of 1918, the Armistice and demobilisation.