Grenadiers and light infantrymen of the 46th (South Devonshire) Regiment, 1837 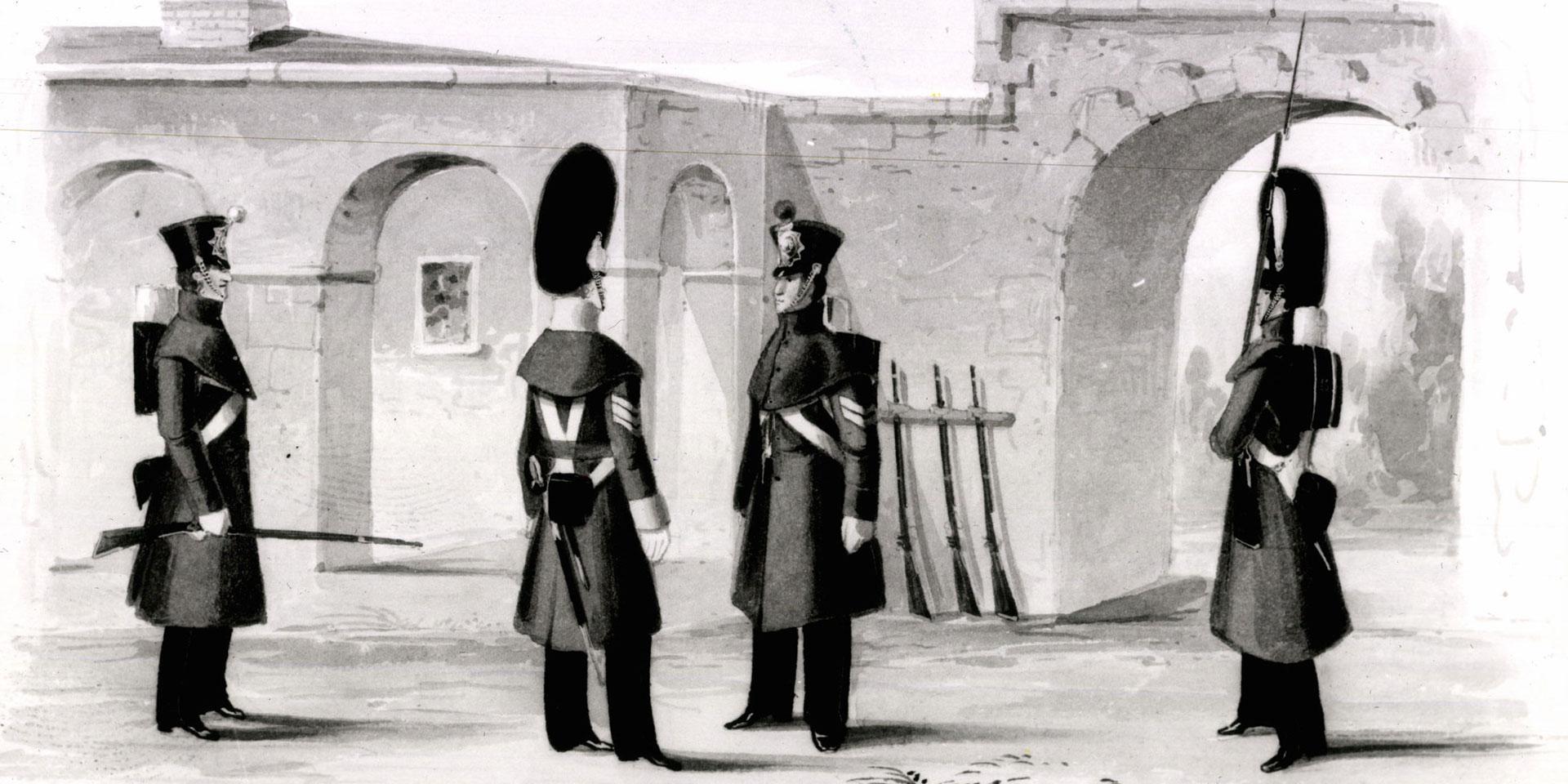 Grenadiers and light infantrymen of the 46th (South Devonshire) Regiment, 1837

In 1741, a regiment was raised in Newcastle by Colonel John Price, an officer of the 1st Foot Guards. His unit was posted to Scotland the following year, seeing its first action at the defeat at Prestonpans in 1745 during the Second Jacobite Rebellion (1745-46).

Which of the following was a nickname of the 46th Regiment?

The red caps
The red feathers
The red shanks
Did you know?

During the Battle of Paoli in 1777, the regiment's light company wiped out a rebel American force without taking prisoners. When the Americans vowed vengeance, the 46th started wearing distinctive red feathers in their headdress to make sure no other units were mistaken for them and suffered on their behalf. It was also a way of displaying their indifference to American threats.

Following postings to Ireland and Gibraltar, the 46th returned to the West Indies in 1794 during the French Revolutionary War (1792-1802), fighting on St Vincent in 1795-97. Home service in England and Ireland followed.

In 1804, it returned to the Caribbean, this time to Dominica, where it fought off a French landing and sent a detachment to help capture a French privateer. The regiment arrived home in 1811.

The Battle of the Alma, September 1854

When peace came in 1814, the regiment was sent to garrison New South Wales for three years and escort convicts. It moved to India for the first time in 1817, staying for 16 years. Further postings to Ireland, Gibraltar, the West Indies and Canada then followed.

During the 1881 Army reforms, the 46th was merged with the 32nd (Cornwall Light Infantry) Regiment to form The Duke of Cornwall’s Light Infantry.

Explore the history and collections of the 46th (South Devonshire) Regiment by visiting Cornwall's Regimental Museum in Bodmin.