A wounded piper of the 71st piping the Highlanders into battle at Vimerio, 1808 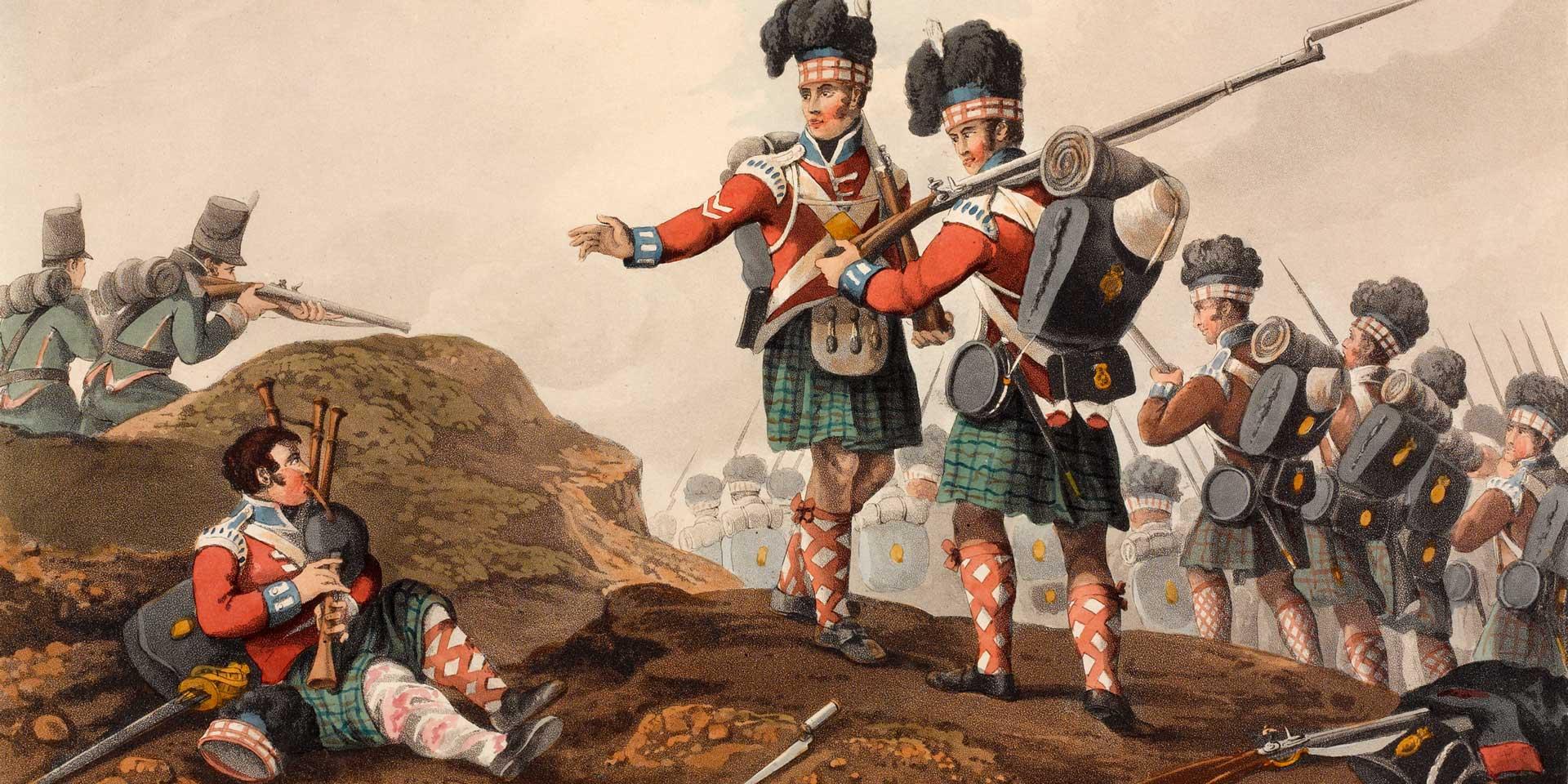 A wounded piper of the 71st piping the Highlanders into battle at Vimerio, 1808

This regiment was raised in 1777 by Major-General John Mackenzie, Lord MacLeod, from an independent company that had existed since 1771. Initially numbered as the 73rd Foot, its first overseas deployment came in 1779 to Fort James in what is now Gambia.

In 1793, it helped capture Pondicherry from the French. Then, two years later, it fought on Ceylon (now Sri Lanka) at Trincomalee (1795).

Major-General James Robertson, who served in the 71st at Seringapatam and Pondicherry in the 1790s, 1810

In 1798, after most of its men had been transferred to the 74th Foot, a cadre of the regiment was sent home from India to re-form. In 1804, it formed a 2nd Battalion at Dumbarton, which remained in Britain until disbandment in 1815.

Meanwhile, in 1806, 1st Battalion was sent to help capture the Cape of Good Hope from the Dutch. Later that year, it took part in the unsuccessful attack on Spanish possessions in South America, including Buenos Aires (1806) where it was captured.

In 1808, the regiment was renamed the 71st (Glasgow Highland) Regiment. It was given light infantry status the following year.

It next fought at Waterloo (1815), before joining the Army of Occupation in Paris until 1818.

Officers of the 71st Highlanders in the Crimea, 1855

In 1824, the regiment was sent to Canada on garrison duty, where it helped suppress the 1837 rebellion. Postings to the West Indies and the Ionian Islands followed. In 1855, it joined the Crimean War (1854-56), serving at Sevastopol.

In 1858, it was sent to India during the Mutiny (1857-59), fighting at Kunch, Diapure, Matra and Gwalior. The regiment remained in India, taking part in the Umbeyla Expedition (1863) on the North-West Frontier before returning home in 1865.

In 1881, it was amalgamated with the 74th (Highland) Regiment of Foot to form The Highland Light Infantry.

Explore the history and collections of the 71st Highlanders by visiting the Royal Highland Fusiliers Museum.