This infantry unit was raised in 1787. It served in several British Army campaigns until 1881, when it was merged into The Duke of Cambridge’s Own (Middlesex Regiment). 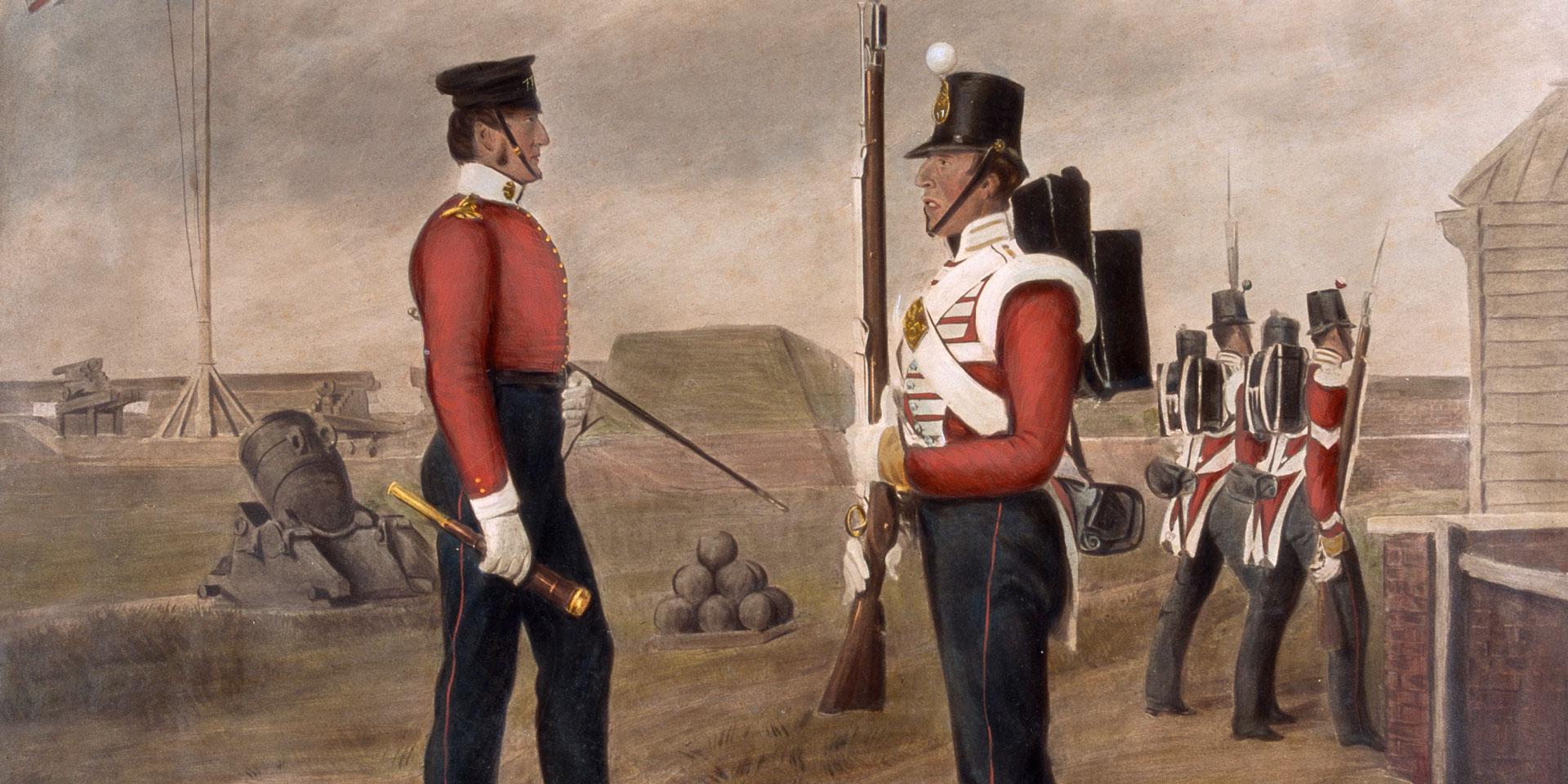 In 1787, tensions in India between Britain and France were high. The East India Company decided to raise four new regiments to defend its interests there. However, by the time they were formed, the threat of war had passed and the Company refused to pay for them.

Parliament therefore passed the East India Declaratory Act requiring that troops deemed necessary for the security of overseas territory be supported by revenues from that area. The British Army took the regiments on strength, but the East India Company was forced to pay.

One of these four units was the 77th (Hindoostan) Regiment, which had no link to two previous line regiments with that number.

The regiment landed in Bombay a year after its formation. This began a 19-year stay in India, which included the Siege of Seringapatam (1792) in the Third Mysore War (1790-92) and the capture of the Dutch settlements in Ceylon (now Sri Lanka) in 1795.

It returned to Britain in 1807. That same year, it took over the county association for East Middlesex from the 39th Foot.

In 1810, the Prince of Wales granted the regiment the right to use his plumes and motto on its badge, in recognition of its Indian service.

It served until the end of the campaign and was one of the three regiments that stormed the breach at Ciudad Rodrigo (1812). It also fought at Bayonne (1814) and was the last British unit to leave France in 1814.

Soldiers of the 77th Regiment in winter kit in the Crimea, 1855

It returned to India in 1880. A year later, it was amalgamated with the 57th (West Middlesex) Regiment of Foot to form The Duke of Cambridge’s Own (Middlesex Regiment).