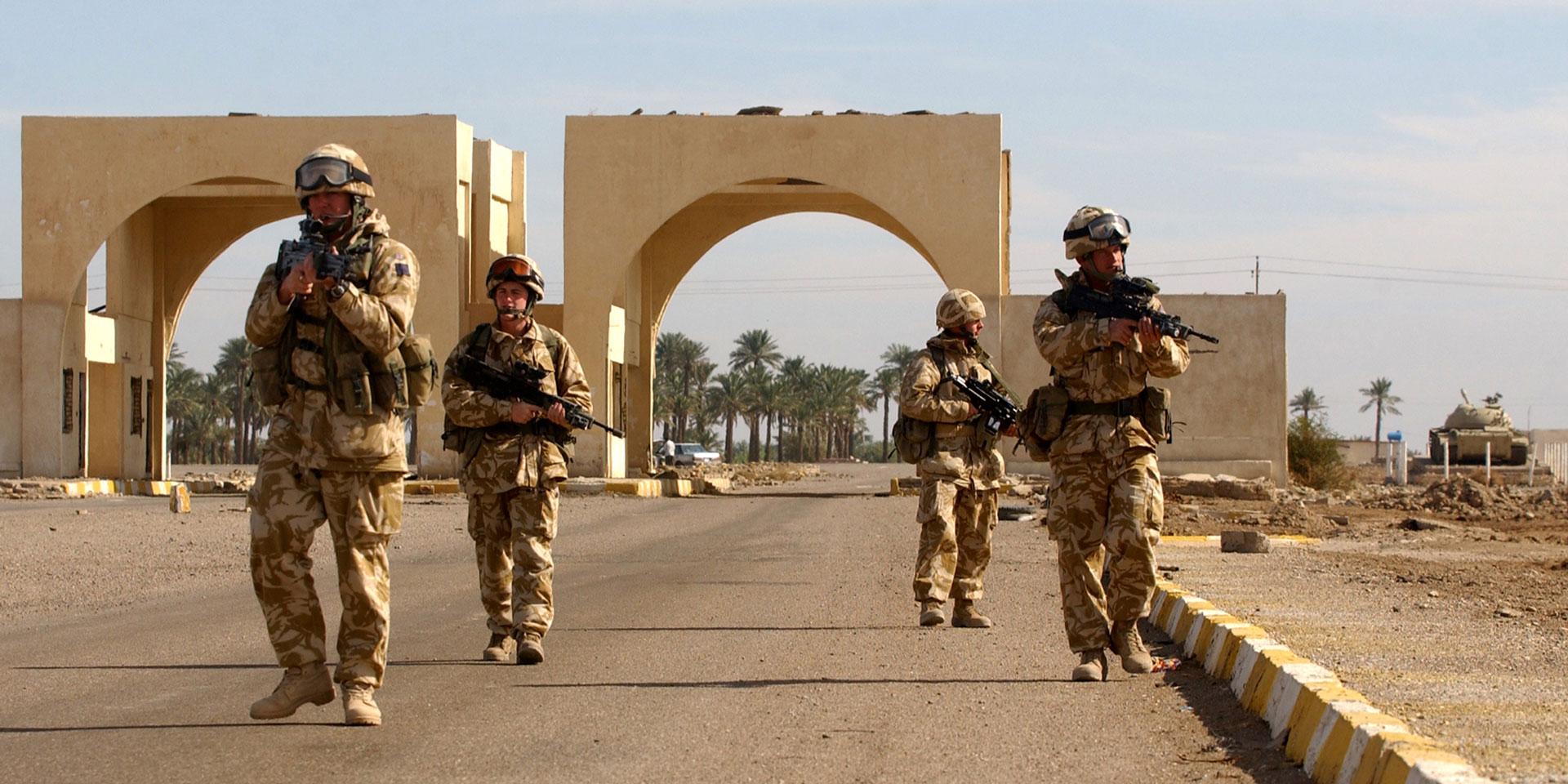 The regiment was established in 1970 as a single battalion unit by merging The Lancashire Regiment (Prince of Wales’s Volunteers) and The Loyal Regiment (North Lancashire). Between 1970 and 1976 the regiment rotated between service in Germany with the British Army of the Rhine and deployments to Northern Ireland, with four tours to the latter during ‘The Troubles’.

From 1976 to 1978 it briefly returned to England, from which it undertook another tour to Northern Ireland from August to December 1977.

In 1978 the regiment began two years’ peacekeeping duties in Cyprus. From 1980 to 1983 it was back in Britain, including another five months in Northern Ireland. In 1982 a company of the Queen's Lancashire also undertook garrison duties in the Falklands in the immediate aftermath of the war.

The regiment returned to Cyprus for a year in 1983 as United Nations peacekeepers. Next, in 1984, it spent six years at Paderborn in Germany, moving from there to Northern Ireland for a four month deployment in 1987.

Between 1990 and 2001 it was sent on three further deployments to Northern Ireland. In 1994, it became the last British battalion to leave Berlin and two years later it was sent on peacekeeping duties to Bosnia for four months.

The regiment took part in the invasion of Iraq in 2003, remaining there for six months before returning to Cyprus the following year.

In 2006 it was merged with The King’s Own Royal Border Regiment and The King’s Regiment to form The Duke of Lancaster’s Regiment (King’s, Lancashire and Border).

Explore the history and collections of the Queen's Lancashire Regiment by visiting the Lancashire Infantry Museum in Preston.