Troops of the Queen's Regiment and Royal Regiment of Fusiliers during a Queen's Division exercise, c1970 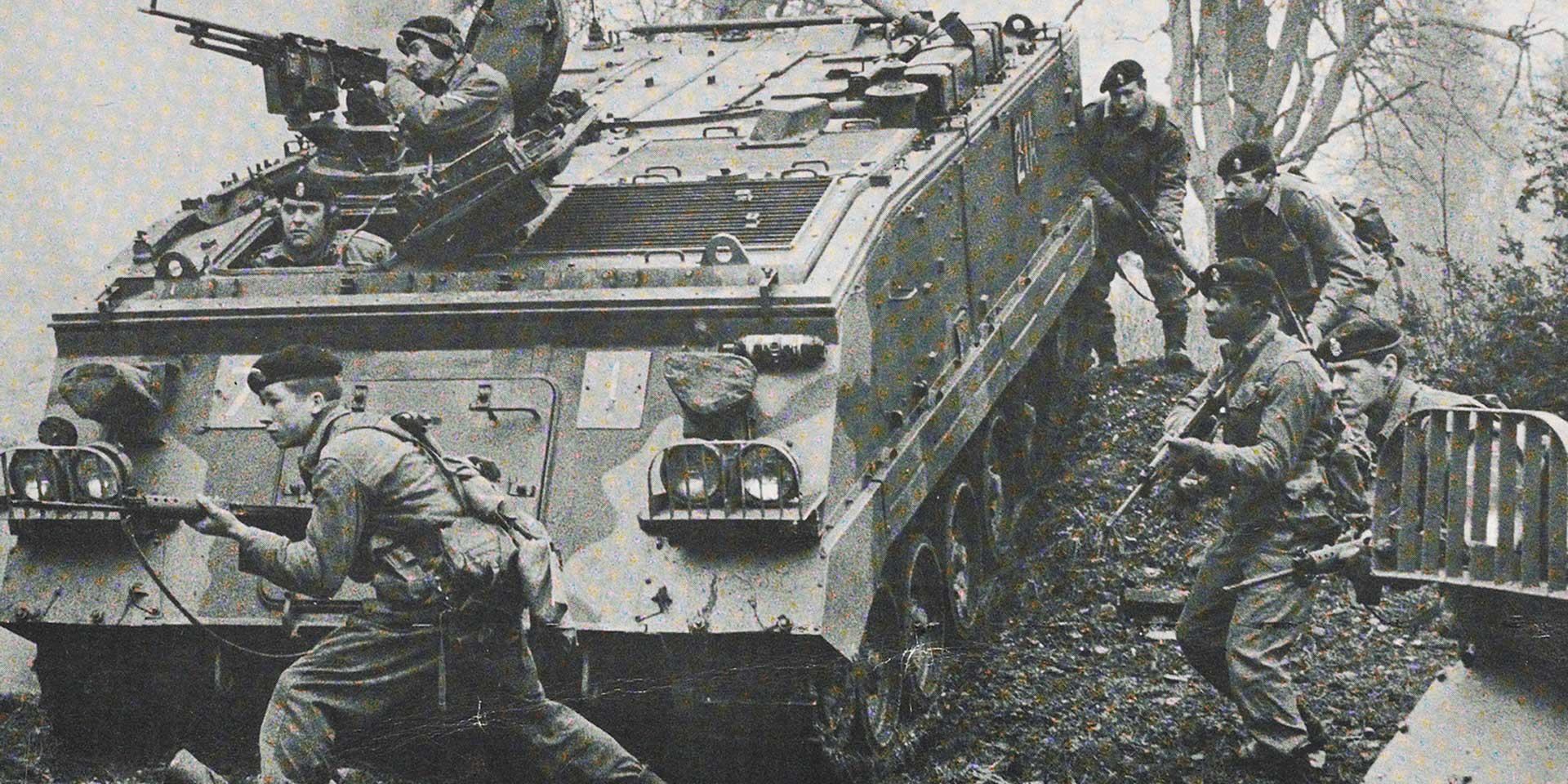 Troops of the Queen's Regiment and Royal Regiment of Fusiliers during a Queen's Division exercise, c1970

The Queen’s Regiment was a ‘Large Regiment’ formed in 1966 from the Home Counties Brigade and based in Canterbury. Each of its regular battalions was identified with one of its four predecessor regiments, although this identification only lasted until 1968.

During the late 1960s and 1970s, its battalions were regularly deployed to West Germany (with the British Army of the Rhine), Hong Kong, Gibraltar, Belize, Cyprus (with United Nations peacekeepers) and Northern Ireland as ‘the Troubles’ intensified. 4th Battalion was disbanded in 1973 as part of wider Army reforms.

The 1980s saw further tours to Northern Ireland and West Germany, as well as deployments to the Falkland Islands in 1991.

In 1992, the remaining three regular battalions were amalgamated with The Royal Hampshire Regiment to form The Princess of Wales’s Royal Regiment (Queen’s and Royal Hampshires).

Explore the history and collections of The Queen's Regiment by visiting the regimental museum at Dover Castle.