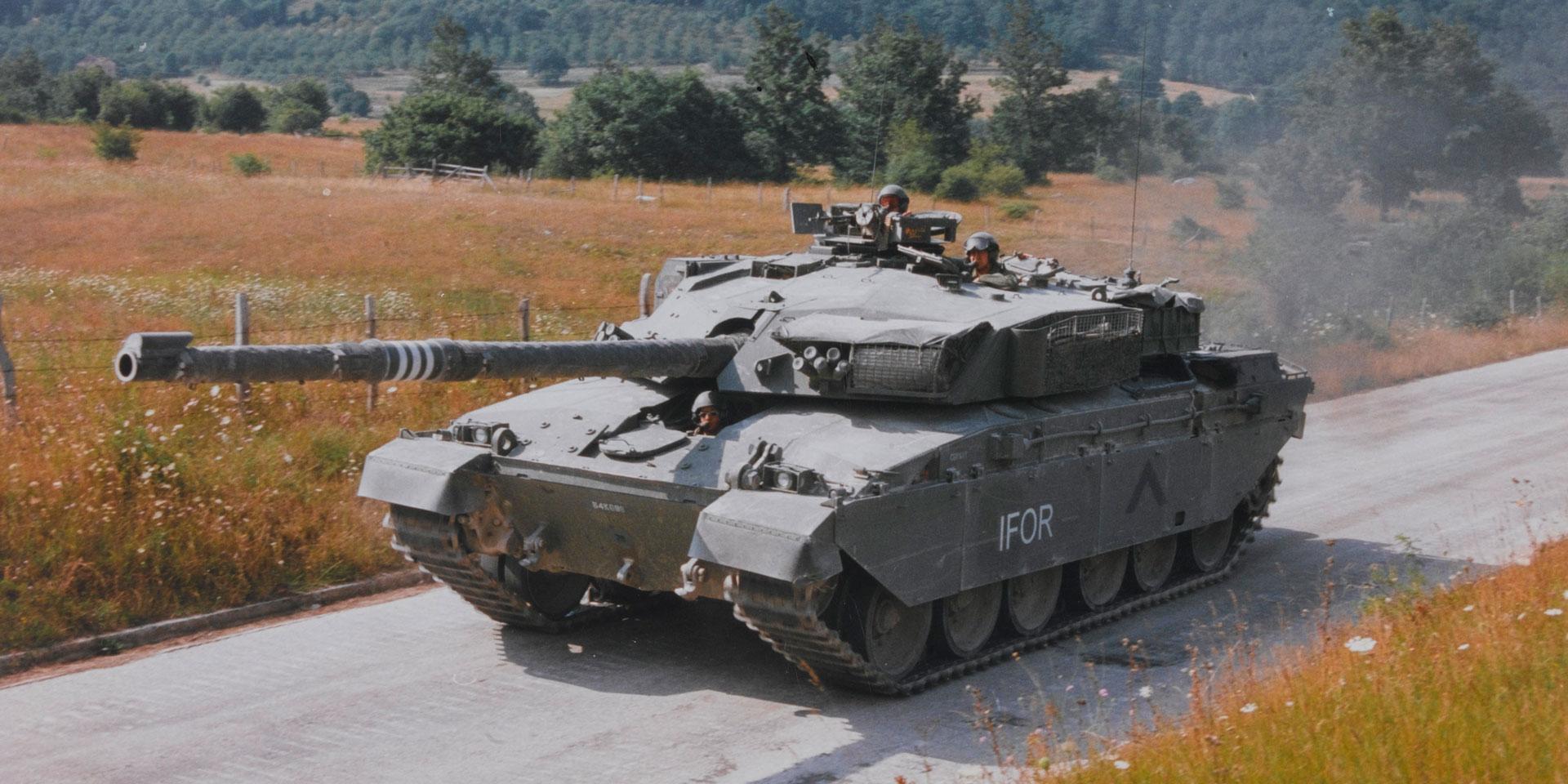 Each of these four now equates to a squadron in The Royal Dragoon Guards. ‘A’ Squadron continues the traditions of the 4th, ‘B’ Squadron the 7th, ‘C’ Squadron the 6th and ‘D’ Squadron the 5th. The regiment also has a fifth, headquarters squadron.

Initially a heavy armour regiment equipped with main battle tanks, today the unit carries out close reconnaissance in the lighter Scimitar and Spartan armoured vehicles, and the Panther patrol vehicle.

Its headquarters is in Catterick and its main recruiting ground is Yorkshire, but it also recruits in Northern Ireland, where all its predecessor regiments have links. It has also inherited the image of Enniskillen Castle on its cap badge from the 5th Royal Inniskillings.

For the first four years of its existence, the regiment was stationed in Germany with 20th Armoured Brigade. Three of the regiment’s squadrons deployed to Northern Ireland (1969-2007) in 1996. A further squadron was posted to Bosnia in 1997 with its Challenger tanks.

The regiment currently serves as the armoured cavalry reconnaissance unit of the 20th Armoured Infantry Brigade.

Explore the history and collections of The Royal Dragoon Guards by visiting York Army Museum.