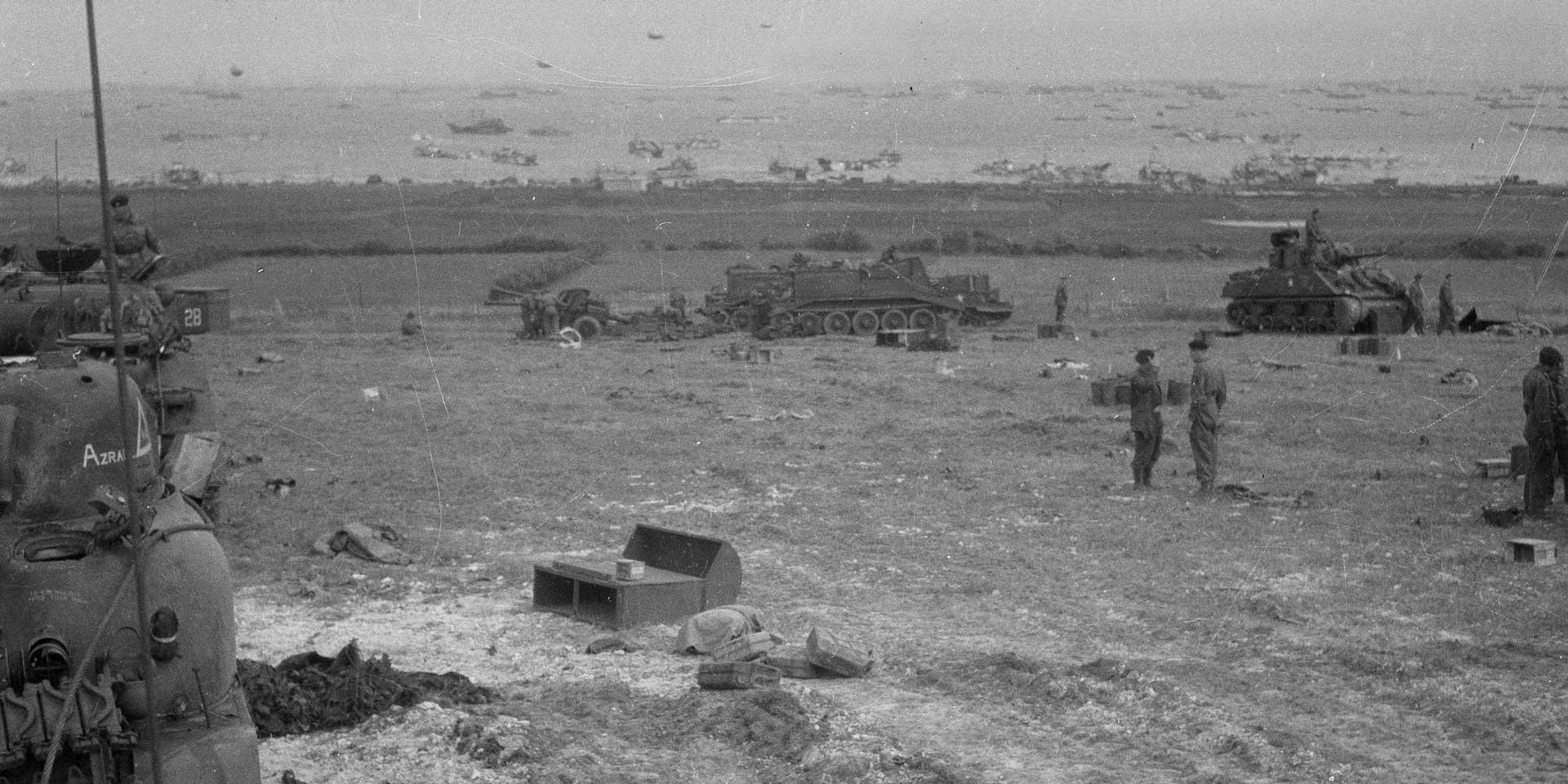 In 1922, reductions in the strength of the Army brought about several amalgamations of cavalry regiments. The 4th Royal Irish Dragoon Guards was combined with the 7th (The Princess Royal’s) Dragoon Guards to form the 4th/7th Dragoon Guards.

The new unit returned from India to Britain in 1929 and gained the 'Royal' prefix in 1936. In 1938, it was mechanised and initially equipped with Mk 2 tanks. The following year, it became part of the Royal Armoured Corps.

The regiment was the first armoured unit to be deployed to France in support of the British Expeditionary Force, fighting in the subsequent withdrawal to Dunkirk (1940). It had been forced to leave its vehicles behind and was re-equipped with armoured cars as a reconnaissance unit.

Soon after the evacuation, a cadre of men from the 4th/7th helped form a newly raised armoured regiment, the 22nd Dragoons. This was disbanded after the war.

In 1943, the 4th/7th began training with heavier amphibious tanks in preparation for the Normandy landings. On D-Day (6 June 1944), the regiment’s tanks were the first to land on Gold Beach. They then led the advance towards Caen.

The 4th/7th took part in the Normandy breakout, becoming the first armoured unit to cross the River Seine and playing a major role in the liberation of Lille.

Its tanks also led the column that advanced on Arnhem during Operation Market Garden (1944). They then fought in northern Germany until the end of the conflict.

Coveralls worn by the Duchess of Kent, Colonel-in-Chief of the 4th/7th Royal Dragoon Guards, c1990

After the war, the 4th/7th was dispatched to the Palestine Mandate in 1946-48 to help with peace-keeping operations. It then moved on to Libya, before redeploying to Germany in 1954. This was the first of six postings there with the British Army of the Rhine.

In 1992, 70 years after its formation, the regiment was merged with the 5th Royal Inniskilling Dragoon Guards to form The Royal Dragoon Guards.