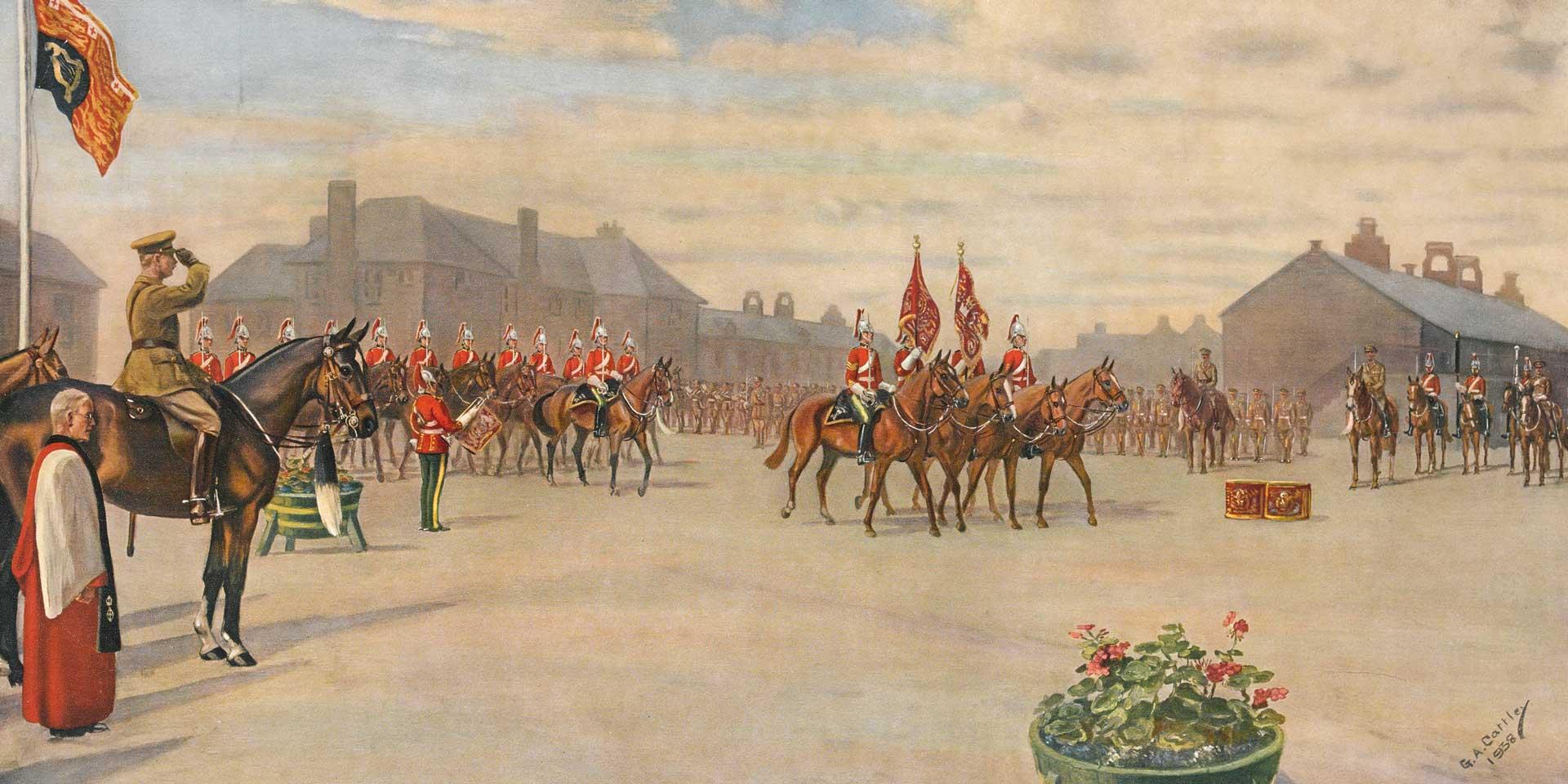 In 1922, The Inniskillings (6th Dragoons) and the 5th Dragoon Guards (Princess Charlotte of Wales's) were amalgamated into a single regiment. The new unit's first colonel-in-chief was King Albert I of Belgium. He was succeeded in this role by his son Leopold III in 1937.

Initially known as the 5th/6th Dragoons, it regained its dragoon guard status as well as its association with Enniskillen in 1927, becoming the 5th Inniskilling Dragoon Guards. In 1935, it also gained a 'Royal' prefix.

During the 1920s and 1930s, the regiment served in Egypt, Palestine, India and England. It mechanised with light tanks and troop carriers in 1938, and joined the Royal Armoured Corps the following year.

In the Second World War (1939-45), it fought in northern France during the 1940 retreat to Dunkirk. It only returned to action in 1944, landing a little after D-Day with 22nd Armoured Brigade, fighting across north-west Europe and reaching Hamburg by the time of the German surrender.

In 1981, it became the first Irish regiment to deploy to Northern Ireland during 'the Troubles'. It began preparing for the Gulf War (1990-91), but the conflict ended before the unit could be posted there.