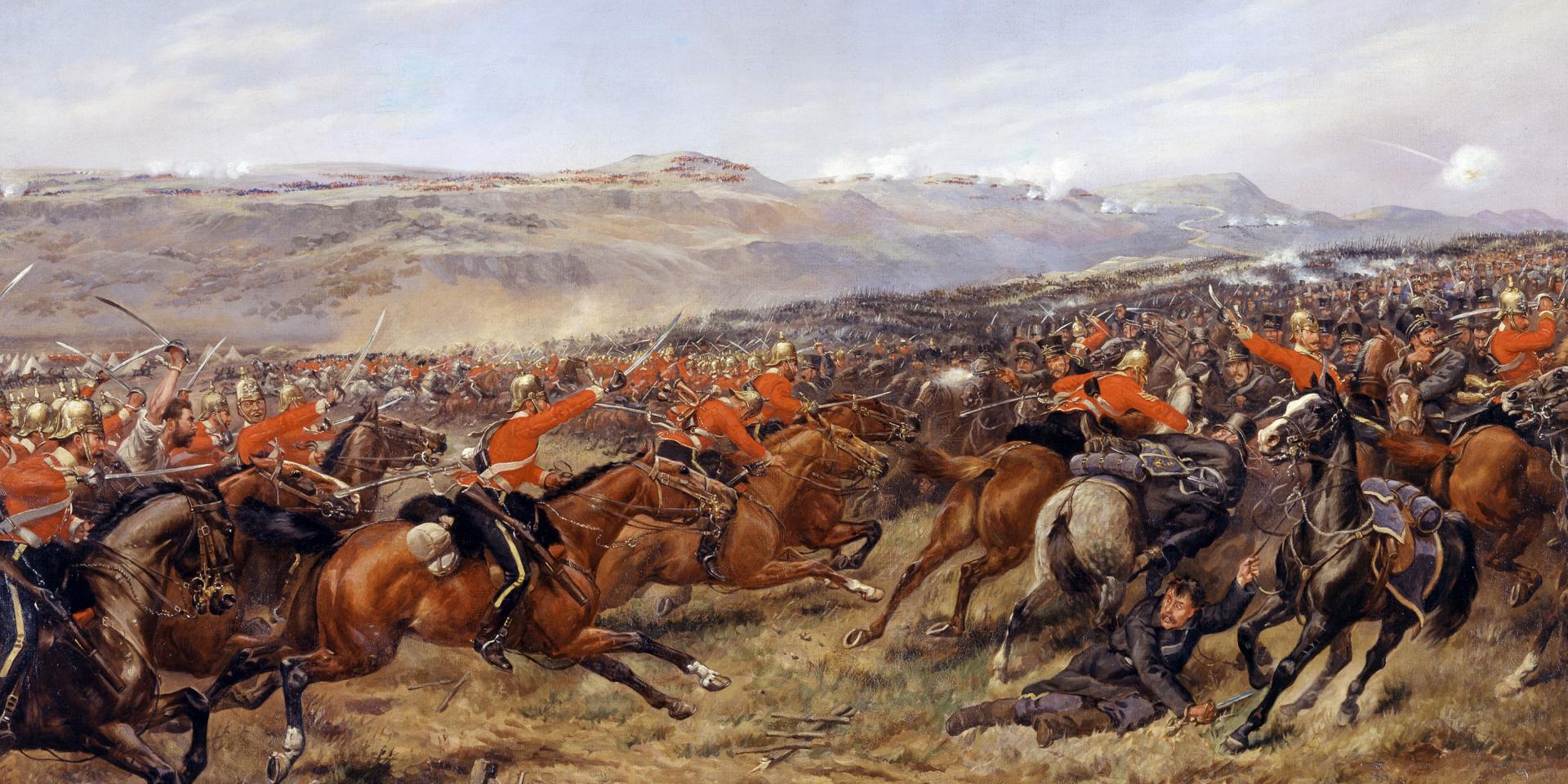 Like many other cavalry regiments formed in 1685, this unit was created by merging several existing troops of cavalry. It was established by the Earl of Arran to shore up King James II's London power base less than a month after the defeat of the Monmouth Rebellion. But, three years later, it went over to James's rival, William of Orange.

Initially ranked as the 6th Horse, it fought for William in Ireland at the Battle of the Boyne (1690). The following year, it rose to the 5th Regiment of Horse. It also deployed to Flanders, seeing action at the battles of Steenkirk (1692) and Landen (1685), and the Siege of Namur (1695).

The regiment was placed on the Irish establishment in 1699. It remained there for over a hundred years, eventually being ranked as the 1st Regiment of Horse.

In 1788, it returned to the British establishment and was re-titled the 4th (Royal Irish) Dragoon Guards. Seven years later, it spent a brief period raiding the Brittany coast during the French Revolutionary Wars (1793-1802).

In 1798, the regiment faced the Irish Revolt, fighting at Naas, Arklow and Vinegar Hill. The following year, it moved to England, where it spent all but one of the next 12 years.

Helmet worn by Major William Forrest during the charge of the Heavy Brigade, 1854

In 1811, the unit was posted to the Peninsular War (1807-14) as one of the three regiments in the brigade commanded by John Le Marchant. Disease meant that it was soon short of both men and horses. However, it managed to fight at Ciudad Rodrigo (1812) and Badajoz (1812).

The following year, it had to leave its few remaining horses behind in the Peninsula and take ship for home. The unit then mainly alternated between garrison duties in England and Ireland until 1894, when it began a 14-year posting in India.

Two rare instances of action occurred in the intervening decades. First was the unit's participation in the charge of the Heavy Brigade at Balaklava (1854) during the Crimean War. Second was its involvement in the Battle of Tel-el-Kebir in Egypt in 1882, where it did not suffer a single casualty.

In 1914, it deployed from England to France with the British Expeditionary Force's 1st Cavalry Division. The regiment's 'C' Squadron charged a German cavalry column just east of Mons on 22 August 1914, in what was the British Army's first action of the First World War (1914-18). It spent the remainder of the conflict in France and Flanders, fighting in a mounted and dismounted role, and gaining 26 battle honours.

In 1919, the regiment briefly deployed to Ireland, returning to England later that year. Its final move was to Secunderabad in India in 1921.