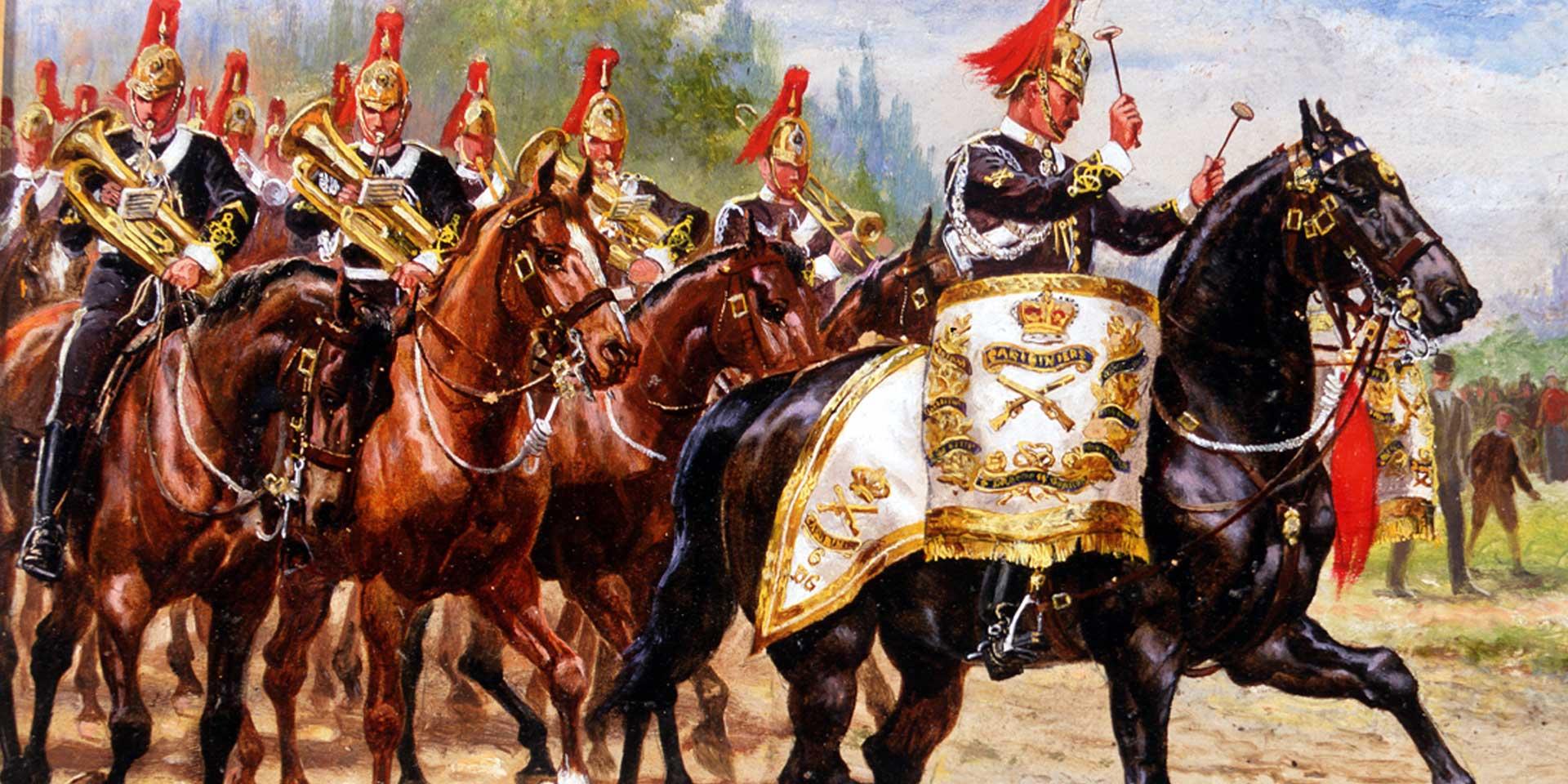 In 1685, the recently crowned King James II faced a rebellion led by his nephew the Duke of Monmouth. He raised several regiments that year, including a unit of carabiniers - horsemen armed with carbines or shortened muskets - which he ranked as the 9th Horse.

The regiment's colonel, Lord Richard Lumley, then successfully petitioned for it to be named The Queen Dowager's Regiment of Horse after King Charles II's widow, Catherine of Braganza.

In 1688, James's son-in-law William made a successful bid for the throne. The regiment went over to him and fought for him in Ireland. It was renamed the King's Regiment of Carabineers in 1692 in honour of this service. That same year, it deployed to Flanders, fighting at Steenkirk (1692) and Namur (1695).

The King's Carabiniers at the Battle of Malplaquet, 1709

It arrived back in England to oppose James II's grandson Bonnie Prince Charlie in 1745. By then, almost all of the regiment's recruits were Irish Protestants, so it was moved to the Irish establishment in 1746 as the 3rd Irish Horse.

The regiment returned to the British establishment in 1788 as the 6th Regiment of Dragoon Guards. Then, in 1793, it was sent to fight the French in the Low Countries once again, gaining Willems (1794) as a battle honour. 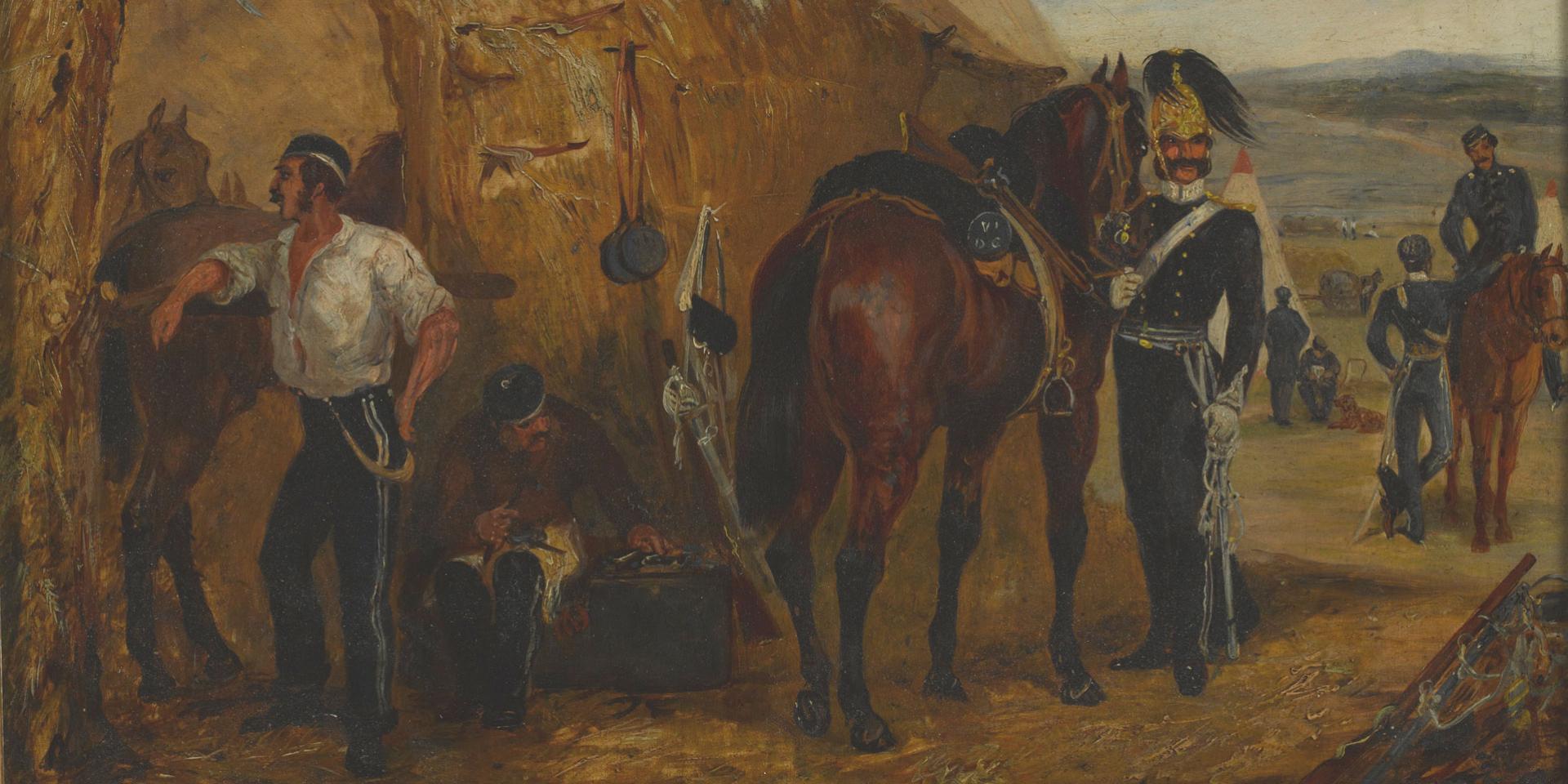 The regiment returned to England, remaining there until the outbreak of the Boer War (1899-1902), during which it helped relieve Kimberley (1900) before joining the operations in the Orange Free State.

Members of the 6th Dragoon Guards (The Carabiniers) on patrol, c1905

The regiment spent the post-war years stationed at the Curragh during the Irish War of Independence (1919-21), before returning home to Aldershot.

Explore the history and collections of the 6th Dragoon Guards (Carabiniers) by visiting the Royal Scots Dragoon Guards Museum at Edinburgh Castle and the Cheshire Military Museum in Chester. 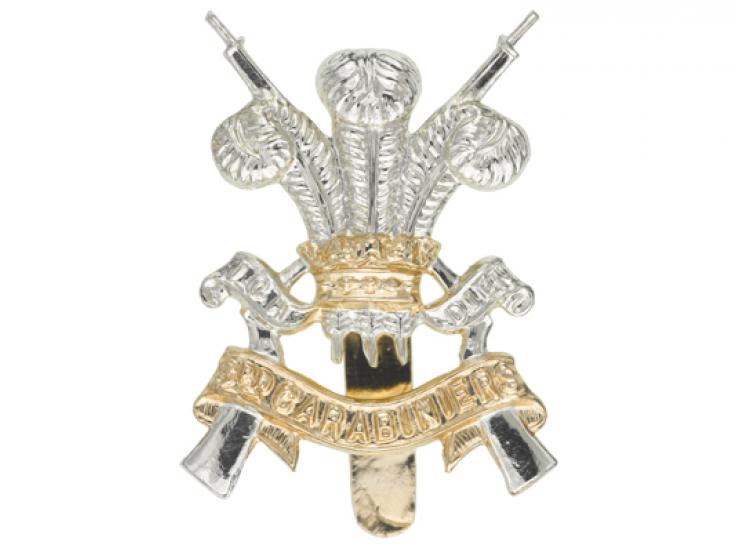 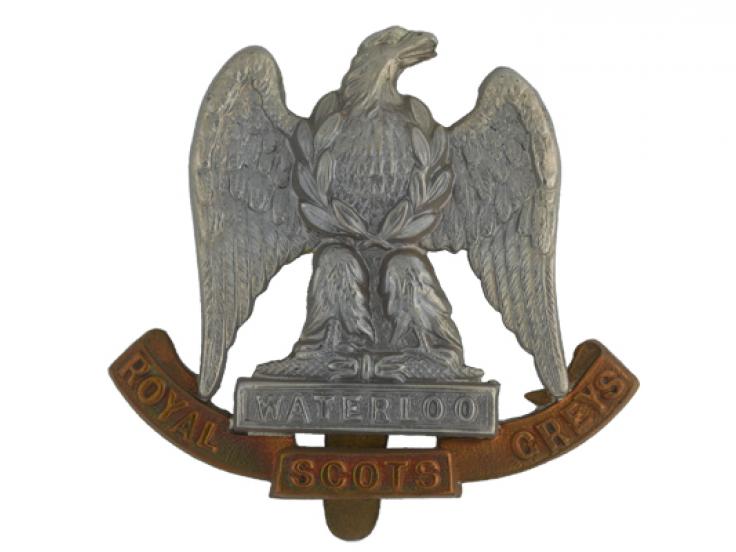