The Blues and Royals (Royal Horse Guards and 1st Dragoons) 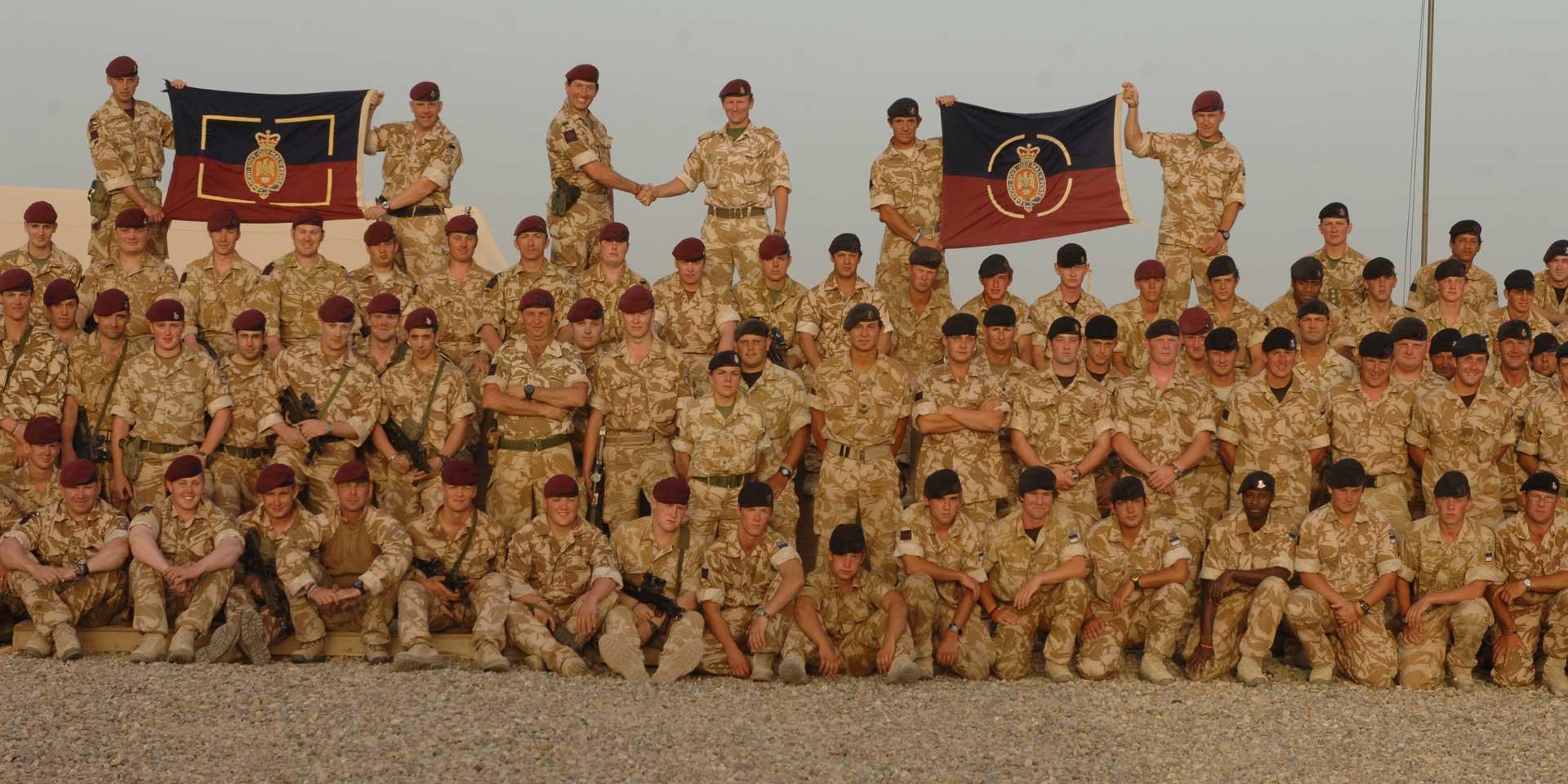 This unit is one of the two Household Cavalry regiments in the British Army, the other being The Life Guards. It was formed in 1969 by amalgamating The Royal Horse Guards with The Royal Dragoons (1st Dragoons), both of which had origins dating back to the mid-17th century.

Although famous for its ceremonial duties, the new unit saw much active service during the 1970s and 1980s as a reconnaissance unit in West Germany with the British Army of the Rhine. Squadrons from the regiment also carried out several tours of Northern Ireland and served on Cyprus with United Nations forces.

In 1982, it sent detachments to the Falklands War, where they supported The Parachute Regiment in the Battle of Wireless Ridge.

Members of The Blues and Royals parading in London, 2016

Although they serve together in the HCR, both The Life Guards and The Blues and Royals retain their own separate identities, colonels, traditions and uniforms.

For The Blues and Royals, these traditions include calling its newest officers cornets, not second lieutenants. The regiment also wears a French eagle as its sleeve badge, a tradition inherited from the 1st Dragoons, who captured one at Waterloo (1815).

Explore the history and collections of The Blues and Royals by visiting the Household Cavalry Museum in London.