Members of the 1st (Royal) Dragoons in stable dress, Aldershot, 1886 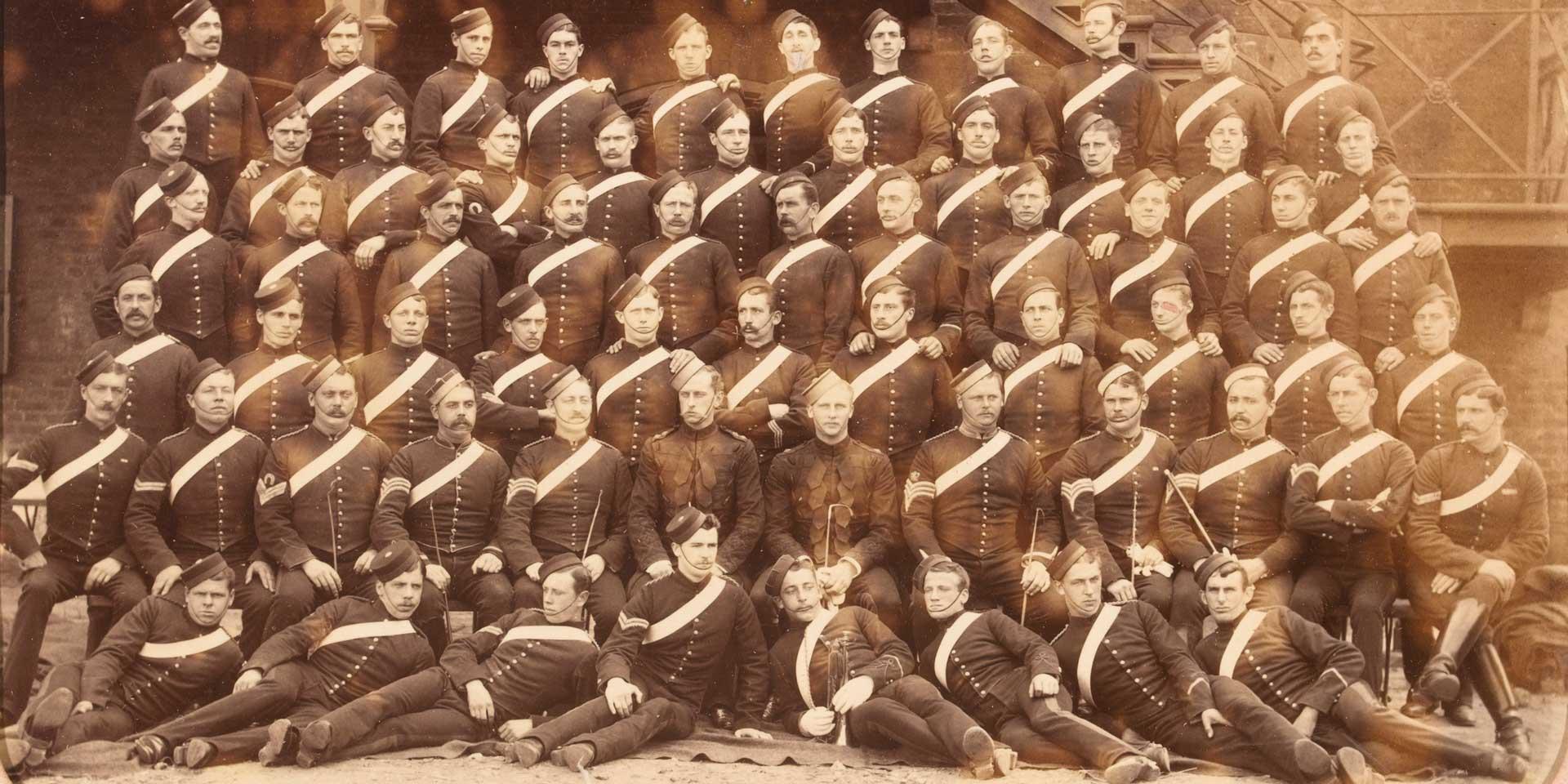 Members of the 1st (Royal) Dragoons in stable dress, Aldershot, 1886

In 1660, Charles II was restored to the throne. A year later, he raised army units to garrison Tangier, a new English possession he had gained as part of his wife's dowry.

One of these regiments was a single troop raised from cavalry veterans of the Parliamentary Army and known as the Tangier Horse. This was soon expanded to four troops and ranked as the 1st Dragoons, and then The King's Own Royal Regiment of Dragoons after Charles himself.

The regiment returned to England in 1684, when it was merged with another three troops and transferred to a mounted infantry role. A year later, it helped crush the Duke of Monmouth's rebellion.

Service in Ireland against the Jacobites followed, including the battles of the Boyne and Limerick in 1690. The regiment then deployed to Flanders during the Nine Years War (1688-97), fighting at the Siege of Namur in 1695.

During the War of the Spanish Succession (1702-14), the Royal Regiment of Dragoons fought in Flanders, before moving to Portugal and then Spain. It was captured at Brihuegha in 1710.

In 1715, the regiment deployed to northern Britain to oppose the Jacobites, remaining there until 1720. It spent the next two decades on garrison duties in England.

During the War of the Austrian Succession (1740-48), it captured the standard of the Black Musketeers at Dettingen in 1743. It also fought at Fontenoy (1745), before returning home to face the Jacobites again. In 1751, it was re-titled the 1st (Royal Regiment of Dragoons).

On the outbreak of the Seven Years War (1756-63), the regiment was employed guarding the English coast and raiding French ports. In 1760, it moved to Germany, where it fought at Warburg.

After the war, it remained on home duties in England until 1793, when it joined the Flanders campaign against the French Revolution. The regiment fought at the Siege of Dunkirk (1793), the Battle of Beaumont (1794) and the Battle of Willems (1794). By this period, its main role was as heavy cavalry, rather than mounted infantry.

Eagle of the French 105th Regiment, captured at Waterloo, 1815

In 1815, it fought at Waterloo with the Union Brigade. It captured the eagle of the French 105th Line Infantry Regiment there before being counter-attacked by French lancers.

A long period of home service followed until the Crimean War (1854-56), where the regiment charged with the Heavy Brigade at Balaklava in 1854.

The next three decades were spent on garrison duties in England, Ireland and Scotland. During this period, in 1877, the regiment was re-named the 1st (Royal) Dragoons. Then, in 1884, it sent a detachment to the Sudan that fought at Abu Klea (1885).

It was stationed in England, India, Palestine and Egypt during the inter-war period.

Shortly after the outbreak of the Second World War (1939-45), it became a mechanised unit, joining the Royal Armoured Corps in 1940. It served as an armoured reconnaissance regiment in Syria (1941) and North Africa, where it fought in the Gazala battles and at El Alamein in 1942. It then took part in the Sicily and Italian campaigns in 1943.

The regiment landed in Normandy in July 1944 and ended the war as part of the force which liberated Copenhagen in May 1945.

Which of the following was a nickname of the Royal Dragoons?

The nickname was given to the regiment after Captain Alexander Kennedy Clark and Corporal Francis Styles captured a French eagle standard at Waterloo in 1815. 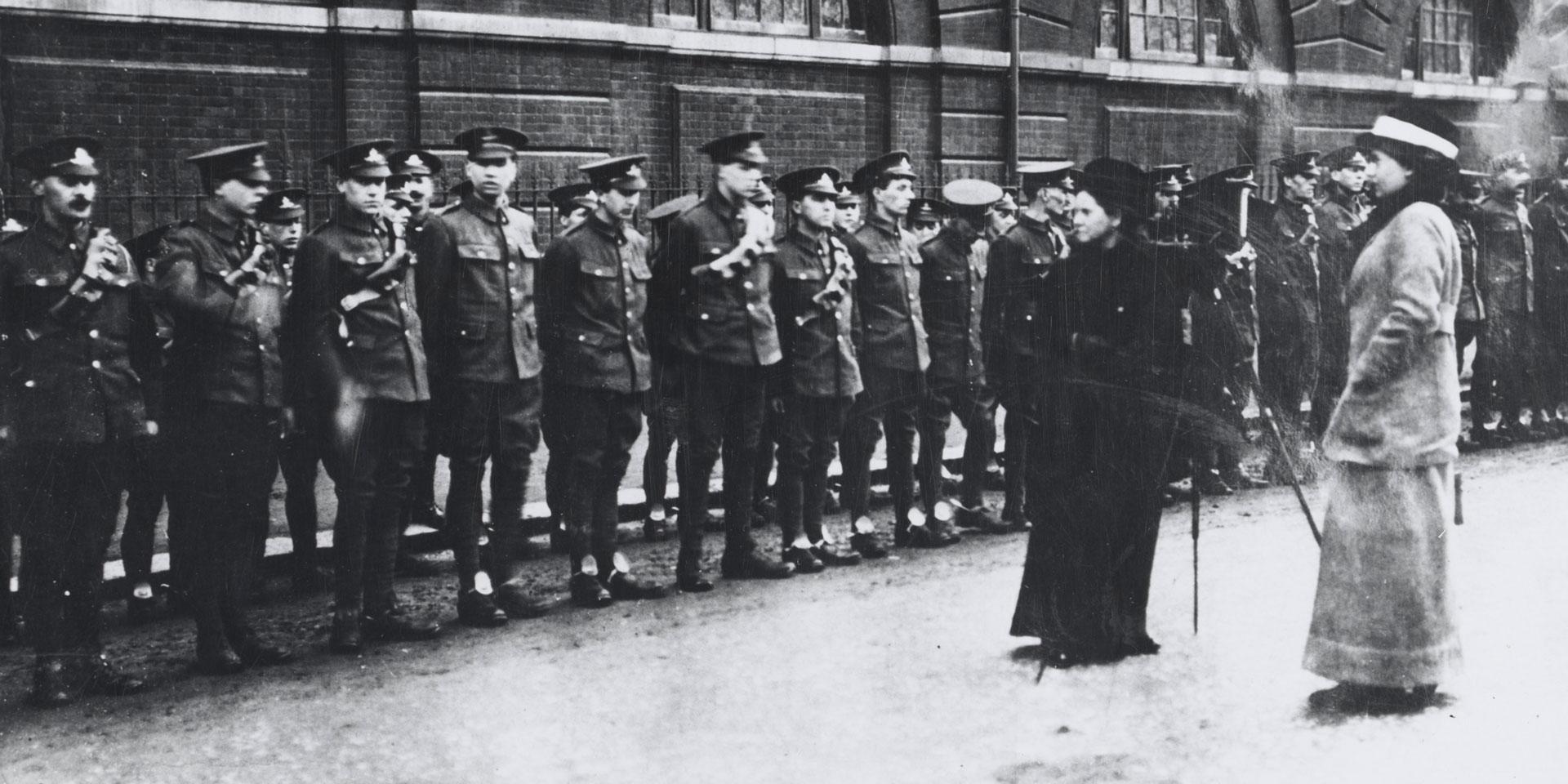 The regiment spent the late 1940s in West Germany with the British Army of the Rhine, before returning home in 1950. It deployed troops to Egypt in 1951-54 and then returned to Germany.

In 1961, the regiment was re-titled as The Royal Dragoons (1st Dragoons) and spent the rest of the decade in England, Cyprus and Germany.

Already the oldest line cavalry unit in the Army, it was promoted to guards status in 1969, when it was amalgamated with The Royal Horse Guards (The Blues) to form The Blues and Royals (Royal Horse Guards and 1st Dragoons).

Explore the history and collections of the Royal Dragoons by visiting the Household Cavalry Museum in London.