Field Marshal Sir Gerald Templer commanded infantry and armoured divisions, as well as the German Directorate of the Special Operations Executive, during the Second World War. He went on to lead British forces during the Malayan Emergency, one of the few successful counter-insurgency operations undertaken by the Western powers during the Cold War.

Field Marshal Gerald Templer (left) during a visit to Turkey, 1956 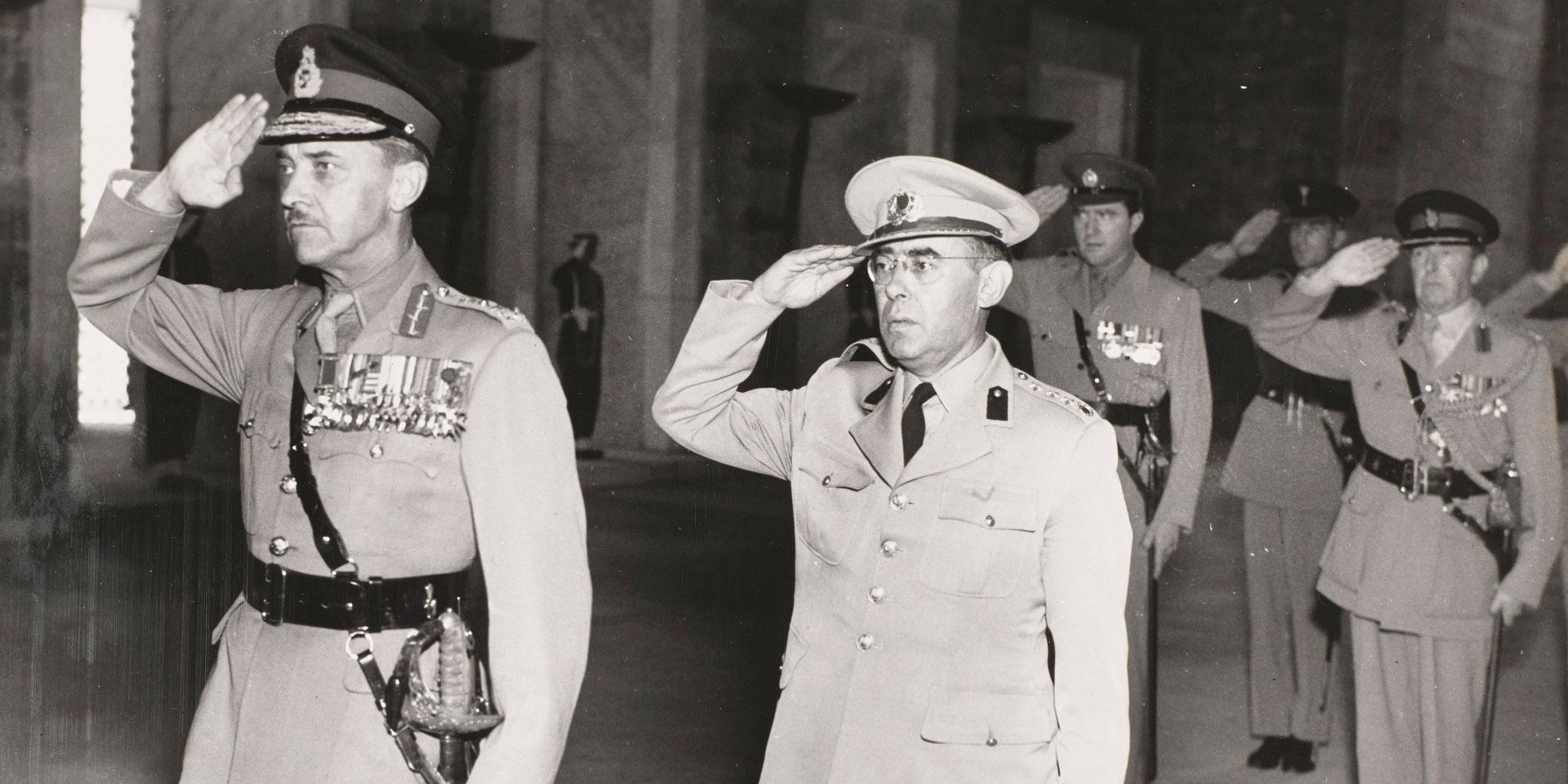 Field Marshal Gerald Templer (left) during a visit to Turkey, 1956

Gerald Templer (1898-1979) joined the British Army in 1916. He served on the Western Front with the Royal Irish Fusiliers during the later stages of the First World War.

In the inter-war period, he served in Palestine during the Arab insurgency, and also found time to make the 1924 Olympic squad as a 120-yard hurdler.

In 1940, Templer went to France as an intelligence officer on the staff of the British Expeditionary Force. After the Dunkirk evacuation, he oversaw the raising of the 9th Battalion of the Royal Sussex Regiment. He then commanded a brigade in a Home Service division.

In 1942, Templer was given command of the 47th Division as a major-general. Shortly after, he commanded II Corps as the Army's youngest lieutenant-general.

In 1943-44, Templer commanded the 56th Division in Italy, which saw severe fighting in operations around Anzio. He briefly commanded the 6th Armoured Division before being wounded by a land mine in mid-1944.

He spent the rest of the war on intelligence duties with 21st Army Group HQ as well as heading the German Directorate of the Special Operations Executive. 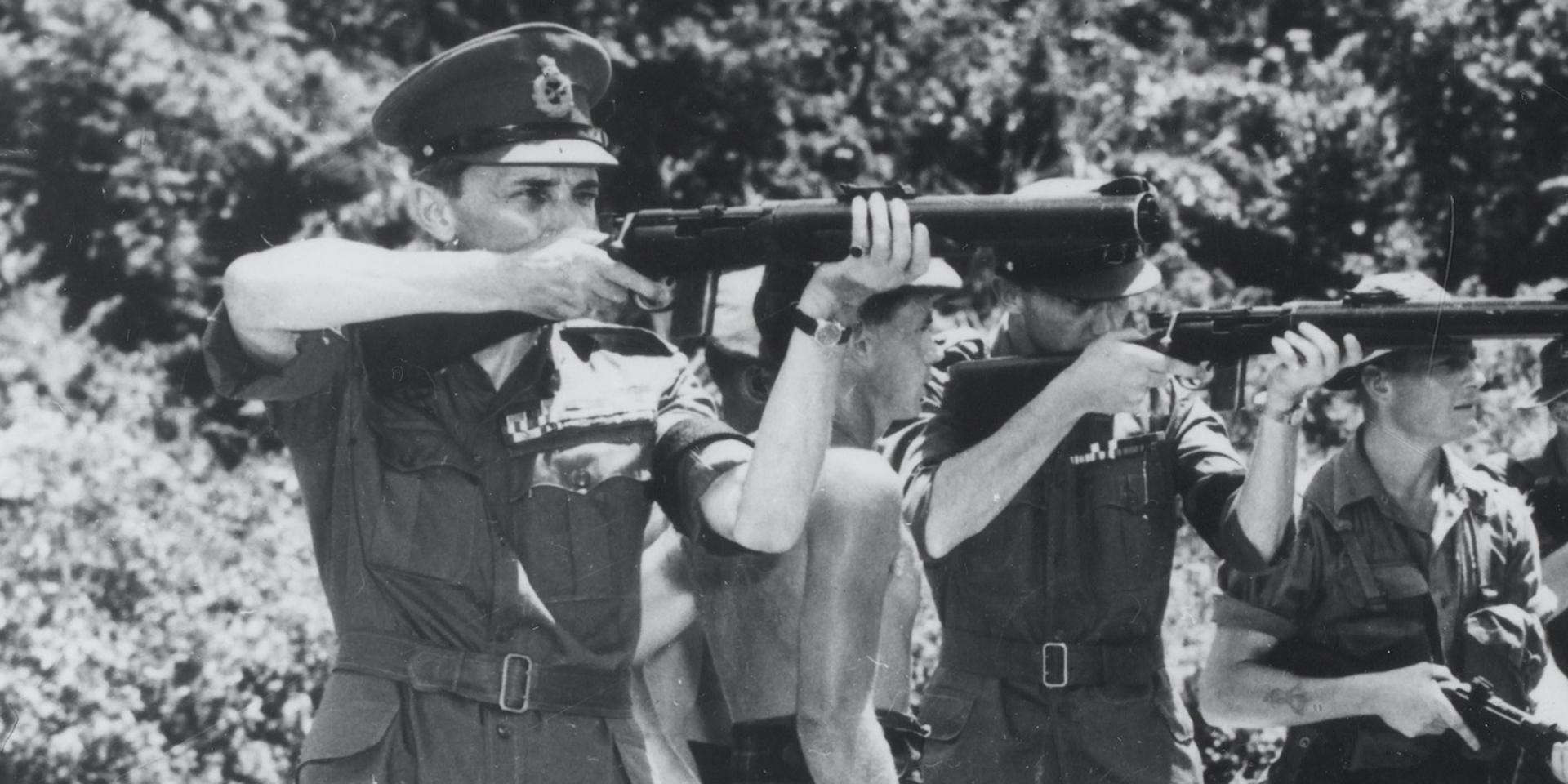 Templer’s most important achievements came towards the end of his military career. After a spell in charge of Eastern Command in February 1952, following the assassination of the local High Commissioner, he was sent to Malaya to assume control of both the civil government and military operations. He faced a communist insurgency there led by the Malayan Races Liberation Army.

Templer combined vigorous military operations against the insurgents’ jungle bases with political reforms designed to win the ‘hearts and minds’ of the racially divided Malayan community. Indeed, Templer is credited with coining this phrase.

He continued his predecessors’ policy of building new settlements for the marginalised Chinese population and promised independence once the guerrillas had been defeated. This won him the support of many nationalists.

Map used by Templer whilst Director of Operations, 1952-54

He also involved the local population in the fight against the guerrillas, increasing the number of Malay battalions and strengthening the Home Guard raised to defend the new villages. These measures helped unite the population against the insurrection.

Templer's progress led ‘Time’ magazine to dub him 'the smiling tiger' and to declare ‘the jungle has been stabilised’ by the end of 1952.

The campaign was a striking success. It is still studied today as a model of how such operations should be conducted.

When Templer relinquished his post in October 1954, government control over most of the country had been re-established. He was appointed Chief of the Imperial General Staff in 1955, and created a field marshal in 1956.

After retiring from active service in 1958, Templer threw his energies into the creation of the National Army Museum. Always passionately interested in the history and traditions of the British Army, it was largely through his efforts that the institution was originally founded and that most of the money for the museum’s main building in Chelsea was later raised.

The Templer Study Centre, the museum's study and research space, is named in his honour.