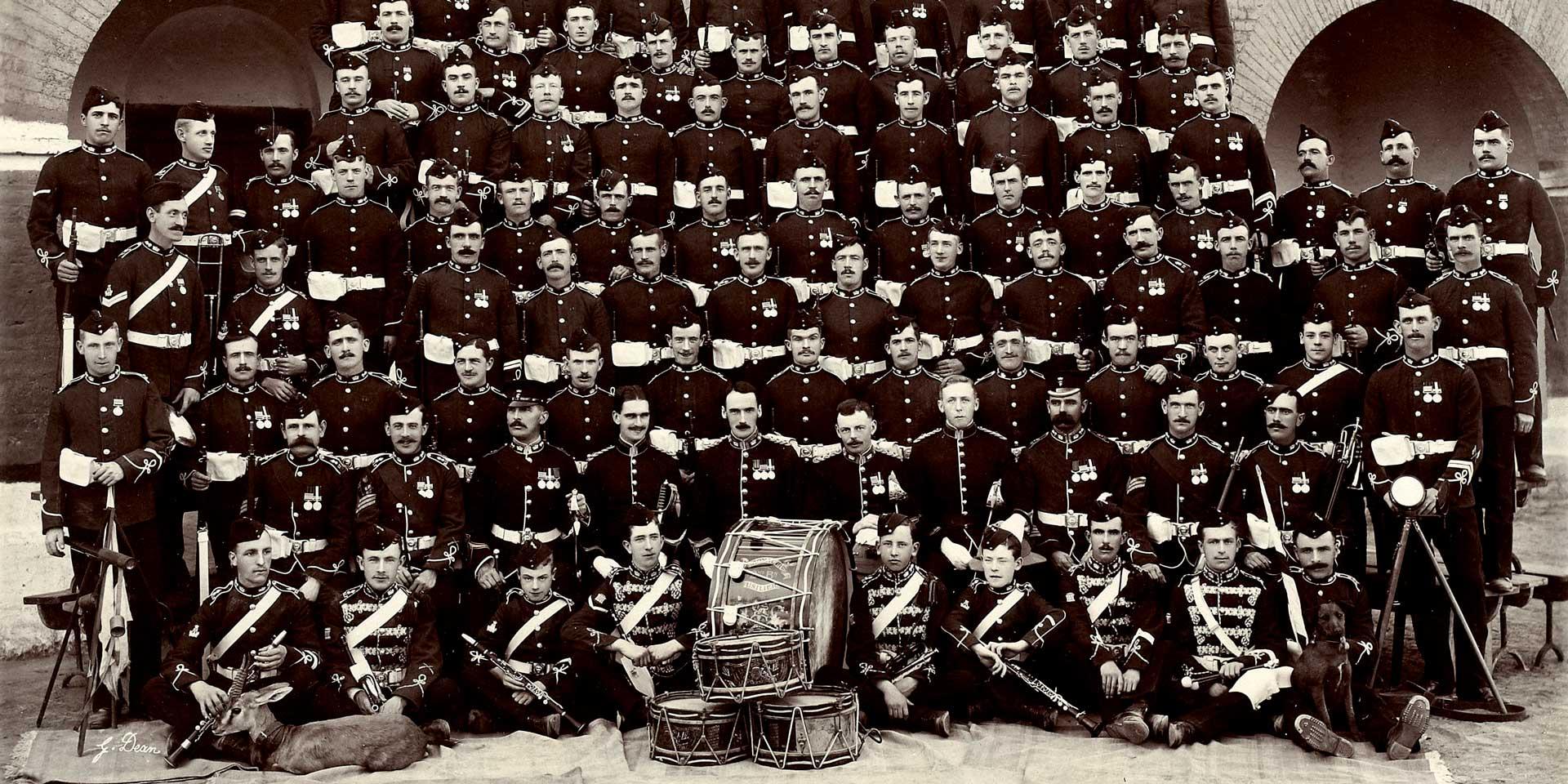 In England at the time of the merger, the 87th Foot became 1st Battalion and saw action in the Egyptian campaign the following year. In 1883, 1st Battalion moved to India, remaining there for 16 years. The 89th was in India when the amalgamation occurred and became the new unit’s 2nd Battalion. It returned to Britain in 1884, via the Sudan.

1st Battalion was back in Britain well before the outbreak of war. It deployed to the Western Front in August 1914, fighting at Mons and Le Cateau that year. It remained in France and Flanders until the Armistice in 1918.

2nd Battalion moved from India to join 1st Battalion on the Western Front in December 1914. It was then sent to Salonika in November 1915 and Palestine in October 1917, before being disbanded in 1919.

The 3rd (Reserve) Battalion fought against the 1916 Easter Rising in Dublin. The regiment also raised six New Army battalions during the conflict, including 5th and 6th (Service) Battalions, which landed at Gallipoli in 1915. 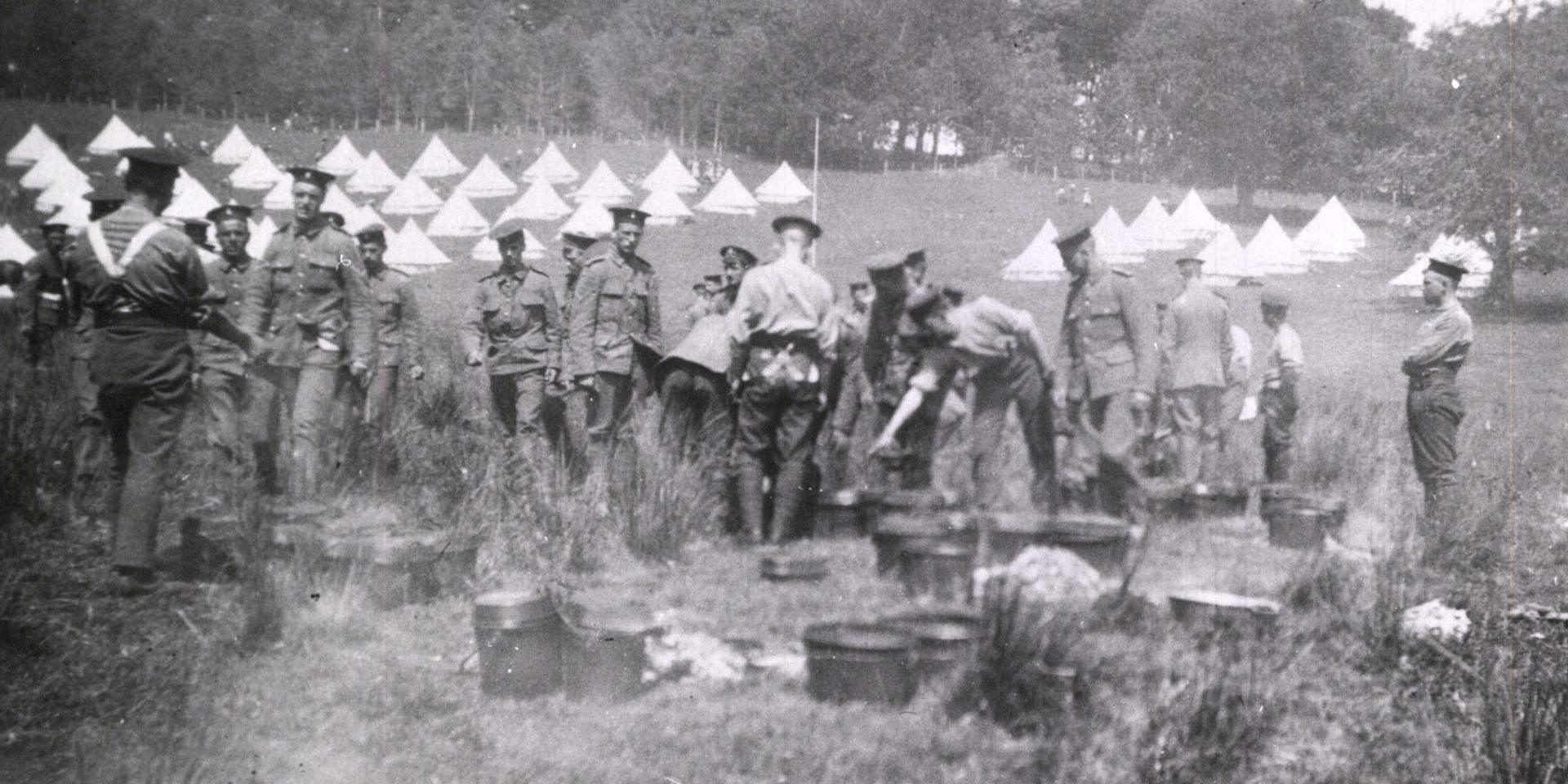 Since its inception, the regiment had been the county unit for Armagh, Cavan and Monaghan. The last two of these counties became part of the Irish Free State in 1922, but Armagh was in Northern Ireland and so the regiment survived. From 1924 to 1937, the regiment formed a single corps with The Royal Inniskilling Fusiliers, though both retained their regimental identities and titles.

The regiment spent the inter-war years in Egypt, England, India and Sudan. It re-formed a 2nd Battalion in 1938 to serve in Egypt and on Malta.

1st Battalion fought in France with the British Expeditionary Force in 1940, before being evacuated from Dunkirk. After a spell of home service, it went on to fight in Tunisia (1943) and Sicily and Italy (1943-45), taking part in many engagements, including the Battle of Cassino (1944).

2nd Battalion served on the besieged island of Malta during 1940-43, but was later captured by German forces on the Greek island of Leros (1943). The 6th Battalion was re-numbered 2nd Battalion to replace it. This unit was mainly stationed in Britain for the rest of the war and disbanded in 1948.

The Queen inspecting the Royal Irish Fusiliers during her Coronation Tour, 1953

The two regular battalions were merged in 1948. The regiment then served in Jordan, West Germany and Korea. In 1955, it deployed to fight against the Mau Mau Revolt in Kenya (1952-60).

Further garrison duties in West Germany, Libya, Cyprus and England followed. In 1966, it sent detachments to Aden (1963-67) during the emergency there.

In 1968, it amalgamated with the two other Northern Irish infantry regiments, The Royal Ulster Rifles and The Royal Inniskilling Fusiliers, to form The Royal Irish Rangers (27th (Inniskilling), 83rd and 87th). 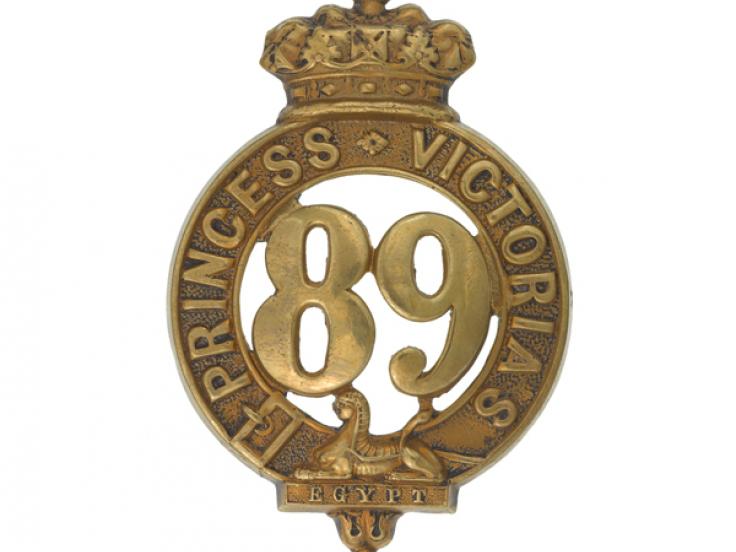 This infantry unit was formed in 1881. It continued in British Army service until 1968, when it became part of The Royal Irish Rangers. 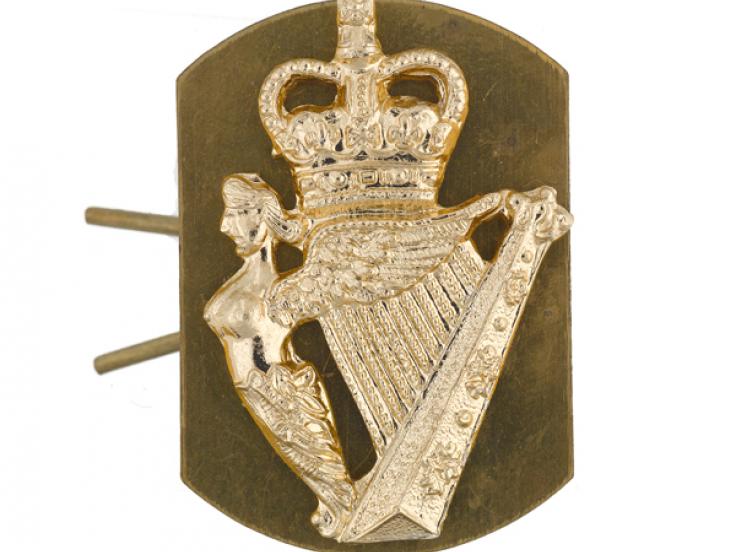 This infantry unit was formed in 1970. It served with the British Army in Northern Ireland until 1992, when it was merged into The Royal Irish Regiment.