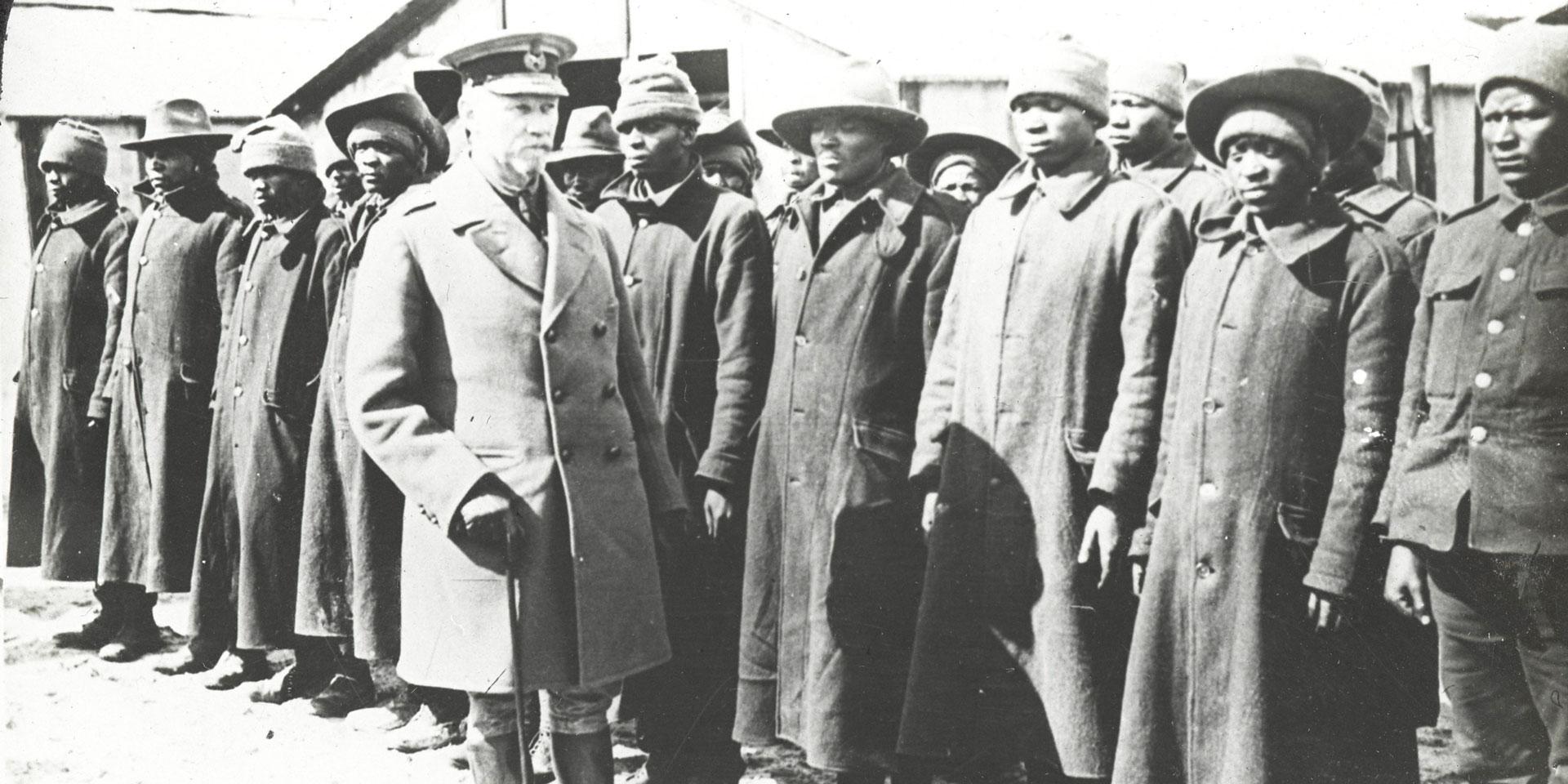 After studying law at Cambridge University, Smuts (1870-1950) went into legal practice in Johannesburg in 1896. His abilities, and anti-British outlook following the Jameson Raid, brought him to the attention of President Kruger, who appointed him State Attorney of the South African Republic in 1898.

During the Boer War (1899-1902), he demonstrated a talent for guerrilla warfare, his most famous raid taking him far into Cape Colony. As well as being one of the Boers’ best soldiers, Smuts was one of their negotiators during the Vereeniging peace conference that brought the conflict to an end.

Smuts was now content to fight for the Afrikaner cause through politics. He eventually concluded that South Africa's future lay as a self-governing state within the British Empire.

Alongside General Louis Botha, he convinced the Boer hardliners to agree to the Union of South Africa (1909). Smuts became Minister of Defence, Mines and the Interior and created the Union Defence Force.

Although something of a reserved intellectual, he possessed a ruthless streak. He clamped down on Gandhi’s civil rights campaign, declared martial law during the 1914 miners’ strike, and suppressed the Maritz revolt which opposed a First World War alliance with Britain.

Unrest in Johannesburg during the miners' strike, 1914

After the outbreak of the First World War, Smuts formed the South African Defence Force. In 1915, he and Botha successfully conquered German South West Africa following a campaign of manoeuvre fought in extremely harsh conditions.

In 1916, Smuts commanded the conquest of German East Africa. But despite mobilising a large force, he struggled to defeat Colonel Paul von Lettow-Vorbeck’s guerrillas.

He was criticised by some of his contemporaries for dragging out the campaign longer than was necessary, resulting in many deaths from illness. Lettow-Vorbeck was still at large when Smuts left to join the Imperial War Cabinet in 1917.

The following year, Smuts wrote a review of the various British air services. He recommended their amalgamation into one unit, which eventually led to the creation of the Royal Air Force.

Early in 1918, he was sent to Egypt to confer with General Allenby about the way forward in that theatre, and helped draw up plans for the successful offensive in Palestine later that year.

In 1919, Smuts attended the Paris Peace Conference that formally ended the First World War. He favoured reconciliation with Germany and limited reparations. He was also a leading proponent of a League of Nations.

On the renewal of global conflict, he again joined the Imperial War Cabinet. Such was his influence at this time that a plan was hatched for Smuts to take over as Prime Minister of the United Kingdom, should anything happen to Winston Churchill.

He was appointed a British field marshal in May 1941 and signed the peace settlement that eventually ended the fighting. This makes Smuts the only individual to have signed the peace treaties after both World Wars.

‘A warrior-statesman and philosopher who was more fitted to guide struggling humanity through its sufferings and perils towards a better day than anyone.’ Sir Winston Churchill on Smuts, 1950

His major post-war achievement was drafting the Covenant of the United Nations. He helped ensure that, unlike the League of Nations, this new body had real power.

Smuts originally advocated racial segregation and opposed the enfranchisement of black Africans. But his views changed and he backed the findings of the Fagan Report (1946) that complete segregation was impossible. He subsequently lost the 1948 election to the Afrikaners who created apartheid.

He continued to work for reconciliation and emphasised the British Commonwealth’s positive role until his death in 1950.