Explore the history of the British Army in India and the British Empire's Indian armies through this interactive timeline packed with over 200 sources.

Uncover the extensive military history of the British Empire in India, which, through the British Army and the armies of the East India Company, cemented and safeguarded Britain’s imperial dominance on the subcontinent – and elsewhere – through conflict with Indian and European powers.

Follow the development of the East India Company’s armies and their transformation into the British Indian Army in the mid-19th century. Discover the hugely significant role these soldiers continued to play in imperial conflicts - not least during the First and Second World Wars - until the turbulent partition of British India and the establishment of India and Pakistan as independent states.

Focusing on the Indian theatre of the Seven Years War, the Indian Rebellion, the First World War, the Second World War and the partition of India, this interactive timeline features sources from the National Army Museum’s collections including photographs, documents and artefacts, as well as archival footage of Indian troops and stories of individual soldiers. 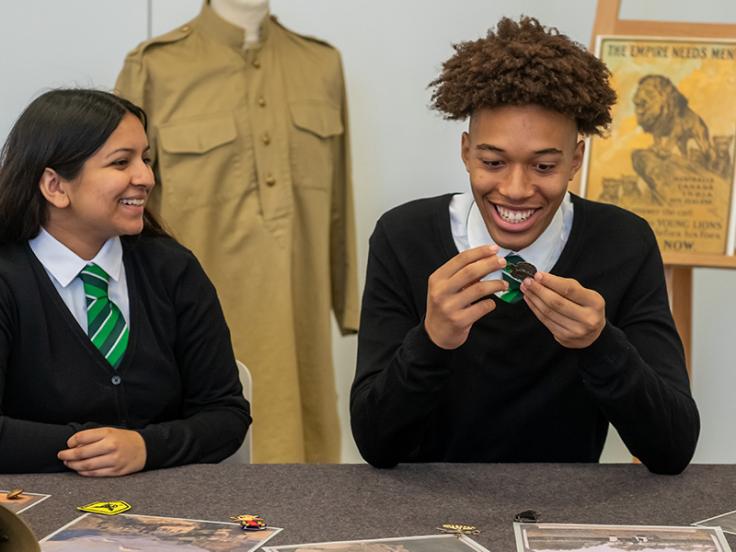 World at War: Soldiers of Empire

Discover more about the contributions and experiences of soldiers from the British Empire in the First and Second World Wars. 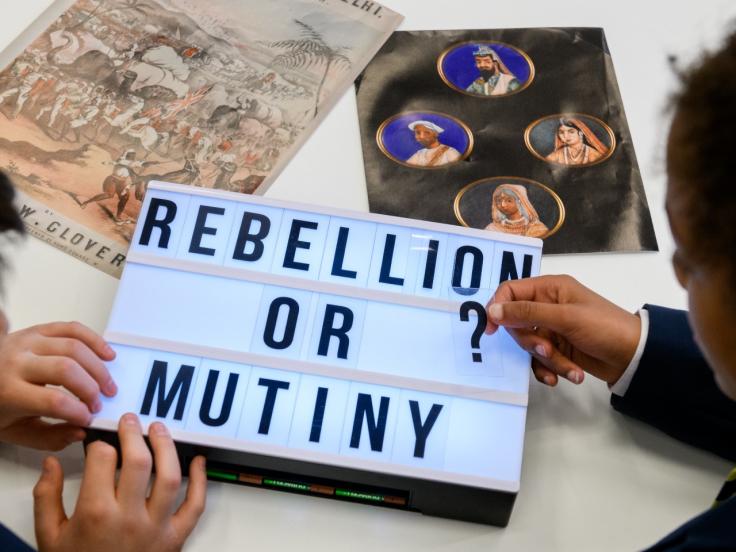 Analyse evidence from documents and artefacts, then curate an exhibition to make a case for whether the conflict was a mutiny or war of independence.