The Gurkhas have fought for the British since 1815. Here we explore their history and discover why they have long been regarded as among the finest and fiercest soldiers.

An early depiction of Gurkhas by James Baillie Fraser, 1815 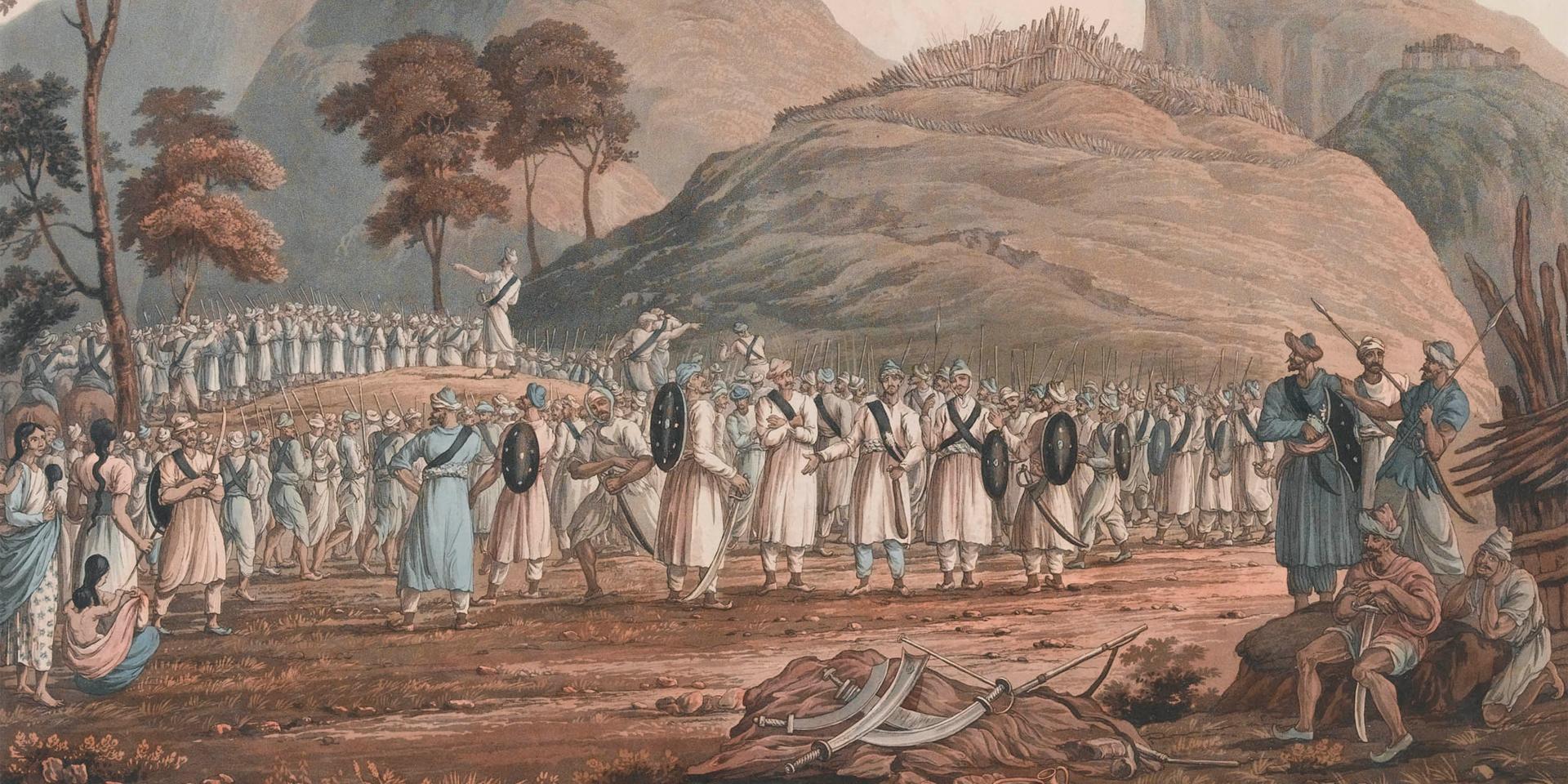 An early depiction of Gurkhas by James Baillie Fraser, 1815

In 1814-16, the British East India Company fought a war against the powerful city-state of Gorkha in what is now western Nepal. Although victorious, the British were greatly impressed by the fighting qualities of their Gurkha opponents.

Under the terms of the subsequent peace treaty, large numbers of Gurkhas were permitted to volunteer for service in the Company's army. In the years that followed, they proved to be among the finest soldiers in what became the British Indian Army.

'Their soldiers are stout, thick, well built men, in general; very active and strong for their size. They understand the use of the tulwar or sabre, and prefer close fighting, giving an onset with a loud shout: each man wears, besides his sword, a crooked, long, heavy knife, called “cookree” [kukri], which may be used in war, but is also of the greatest use in all common operations, when a knife or a hatchet is needed.'
James Baillie Fraser, 1815 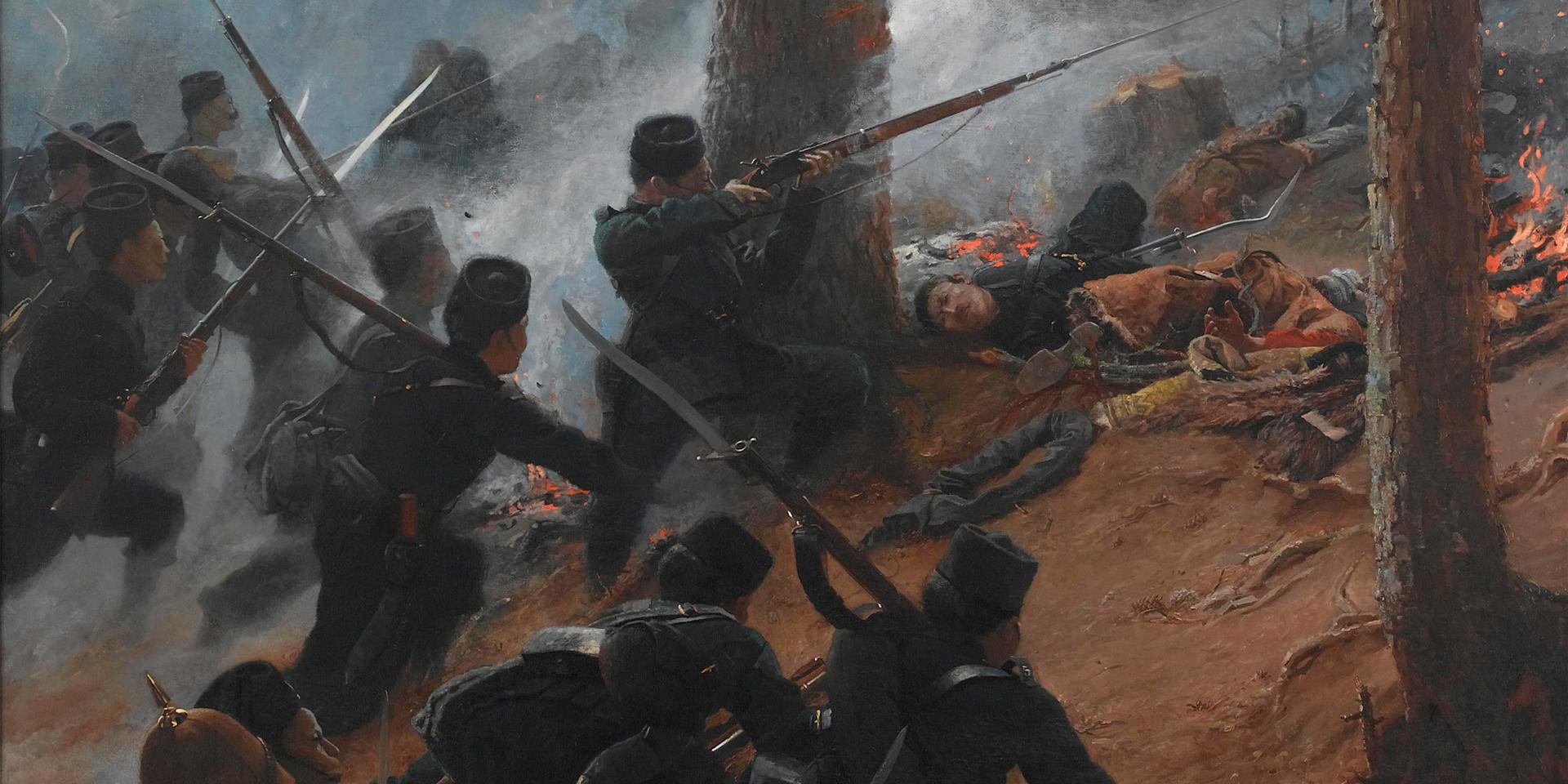 By the time of the Second Afghan War (1878-80), such was the fighting prowess of Gurkha regiments that they were among the first selected by the British whenever there was a crisis on the North-West Frontier or elsewhere in their Indian Empire.

The Gurkhas consist of several different ethnic groups, clans and tribes including the Khas (or Chetri), a high-caste Hindu group. Others include the Gurung, Magars, Limbus, Tamang and Rais. Most Gurkhas are either Hindu or Buddhist.

Jemadar Jangia Thapa was one of Major-General Frederick Roberts' orderlies during the Second Afghan War (1878-80). He was nicknamed 'Bullets' because he was once hit on the forehead by a spent bullet that completely flattened without causing him the least discomfort.

Thapa was admitted to the Second Class of the Order of British India in April 1897. He was selected as one of the representatives for India at the inauguration of the Australian Commonwealth in January 1901. 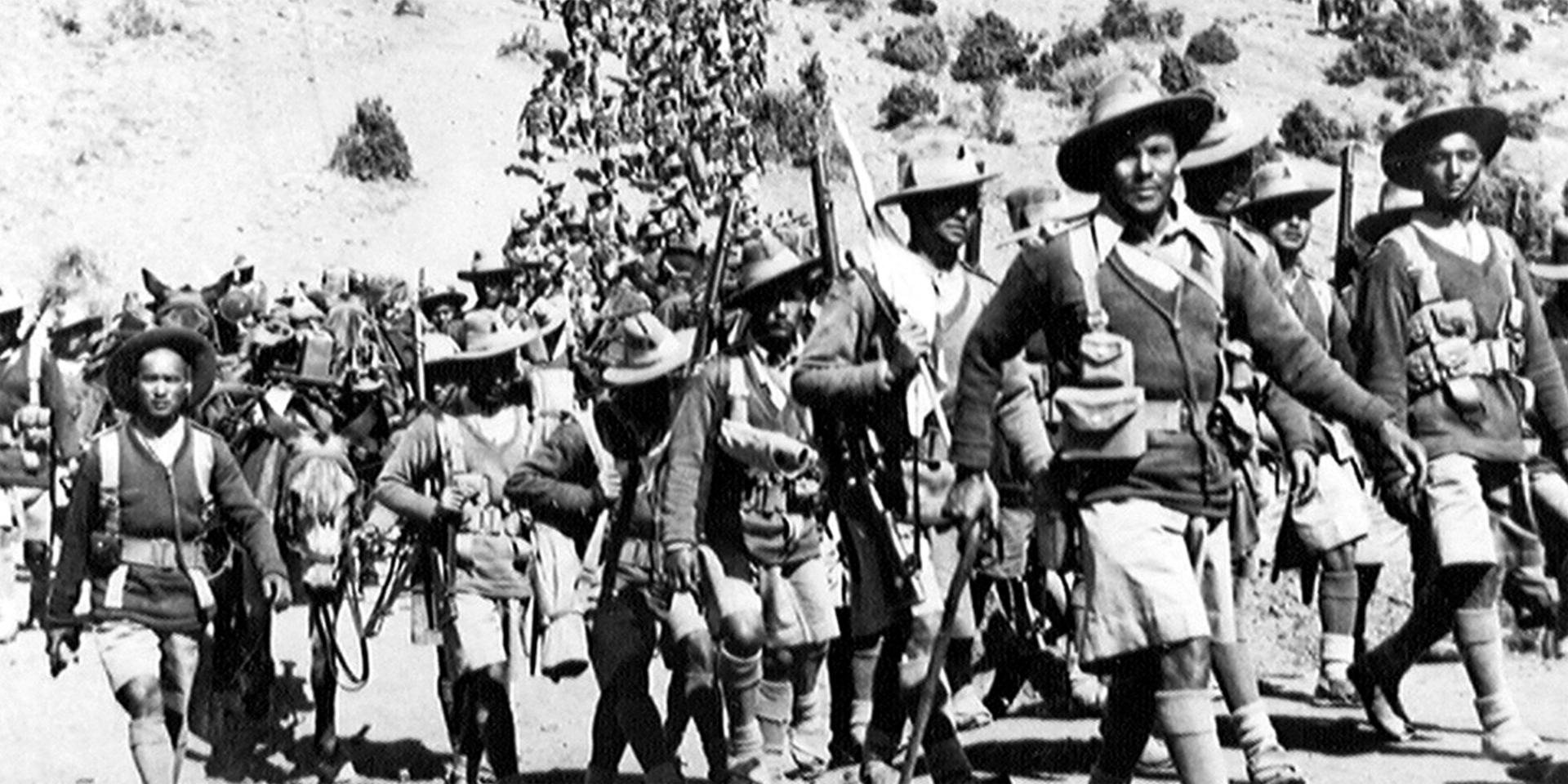 Around 100,000 Gurkhas fought in the First World War (1914-18). Gurkha battalions served at Neuve Chapelle, Loos, Givenchy and Ypres on the Western Front, as well as in Mesopotamia, Persia, Palestine and Gallipoli against the Turks.

Between the World Wars, the regiment received battle honours for the Third Afghan War in 1919, and a further two for service on the North-West Frontier (1930 and 1936-39).

'Bravest of the brave, most generous of the generous, never had country more faithful friends than you.' Captain Ralph Turner, 3rd Queen Alexandra's Own Gurkha Rifles, 1931 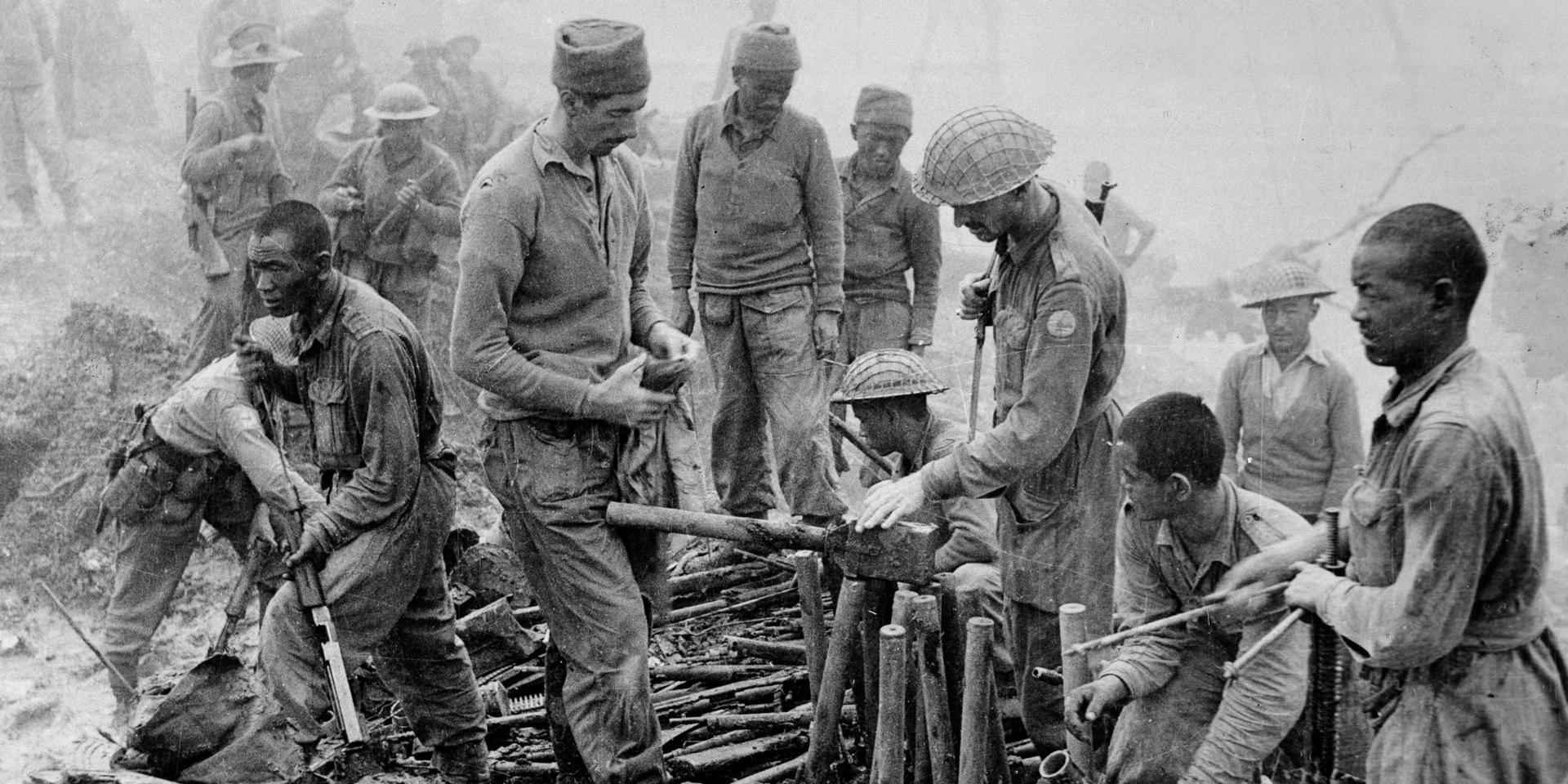 In 1948, the year after Indian independence, four Gurkha rifle regiments were transferred to the British Army and six others were allocated to the new Indian Army.

The units that continued in British service were the 2nd King Edward VII's Own Gurkha Rifles (The Sirmoor Rifles), the 6th Gurkha Rifles, the 7th Gurkha Rifles and the 10th Gurkha Rifles. Together, they formed the Brigade of Gurkhas, along with newly raised engineering, signalling and transport units.

Gurkhas being briefed before a patrol at the British Sovereign Base of Dhekelia, Cyprus, 1974 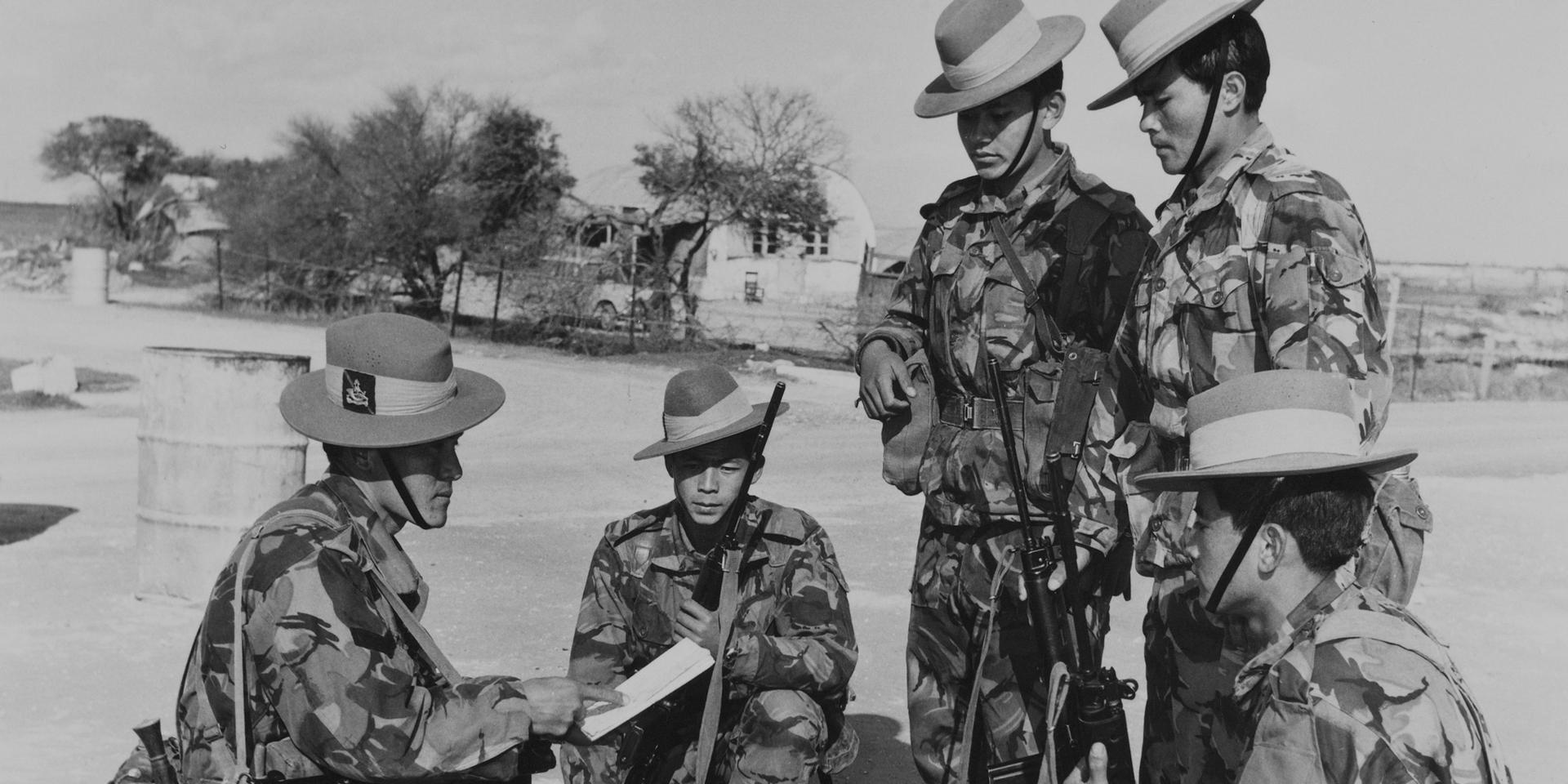 Gurkhas being briefed before a patrol at the British Sovereign Base of Dhekelia, Cyprus, 1974

The Brigade of Gurkhas was stationed in Malaya during the Emergency there (1948-60) and then took part in the Indonesian Confrontation (1962-66). After that conflict, Gurkha headquarters transferred from Malaya to Hong Kong, where the Brigade performed security duties until the end of British rule in 1997.

In 1994, the four rifle regiments were merged into one, the Royal Gurkha Rifles. In recent years, the regiment has seen service in Kosovo, Bosnia, East Timor, Sierra Leone and Iraq. In Afghanistan, they helped to contain the opium trade and establish security after the overthrow of the Taleban government in 2001. 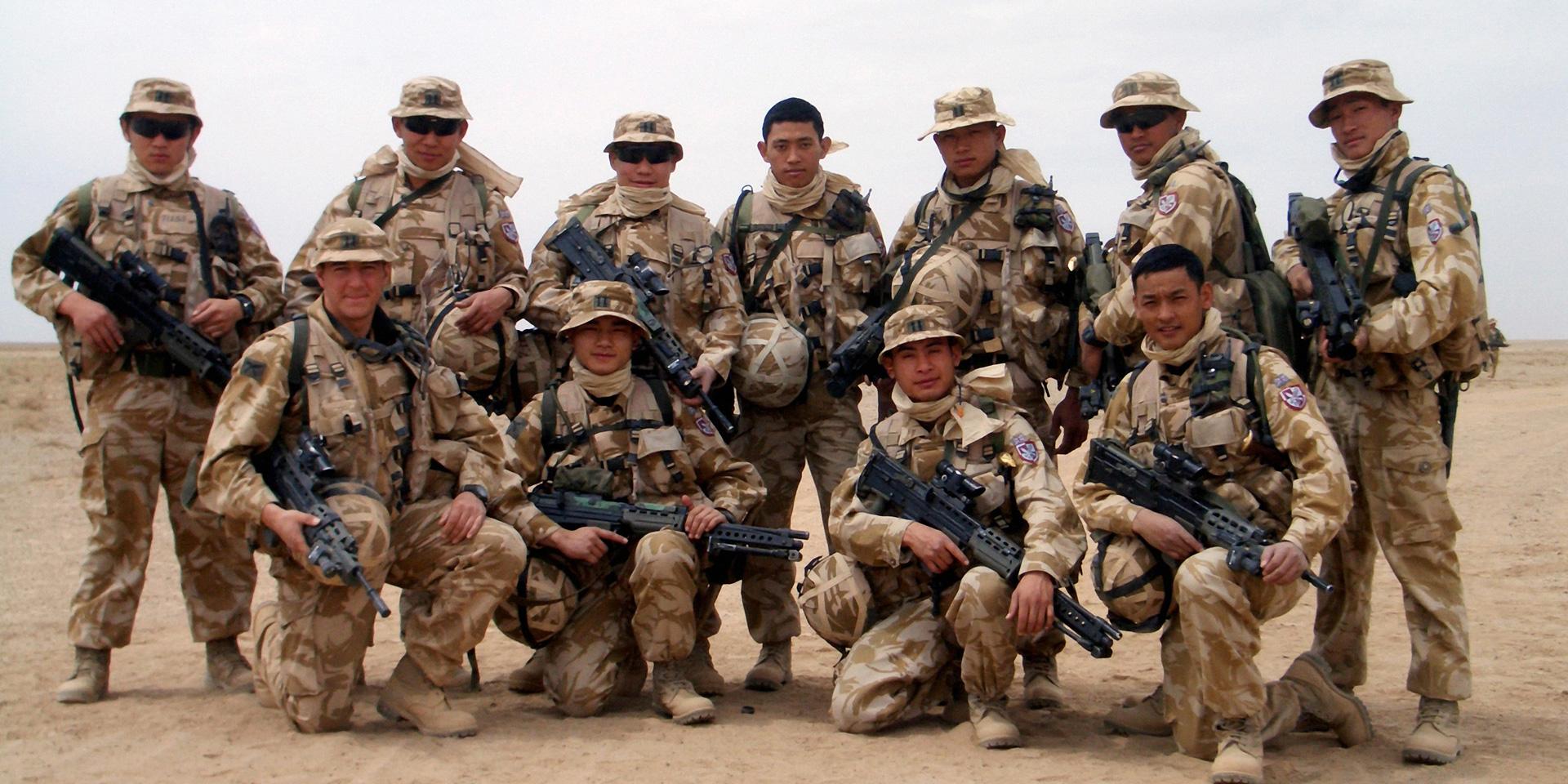 Originally, the only Gurkhas veterans allowed to remain in the UK were those who had retired since the Brigade headquarters moved to England in 1997.

In May 2009, after a long campaign supported by Dame Joanna Lumley and other advocates, around 36,000 members of the regiment who had retired before 1997 won the right to settle in Britain with their spouses and children. 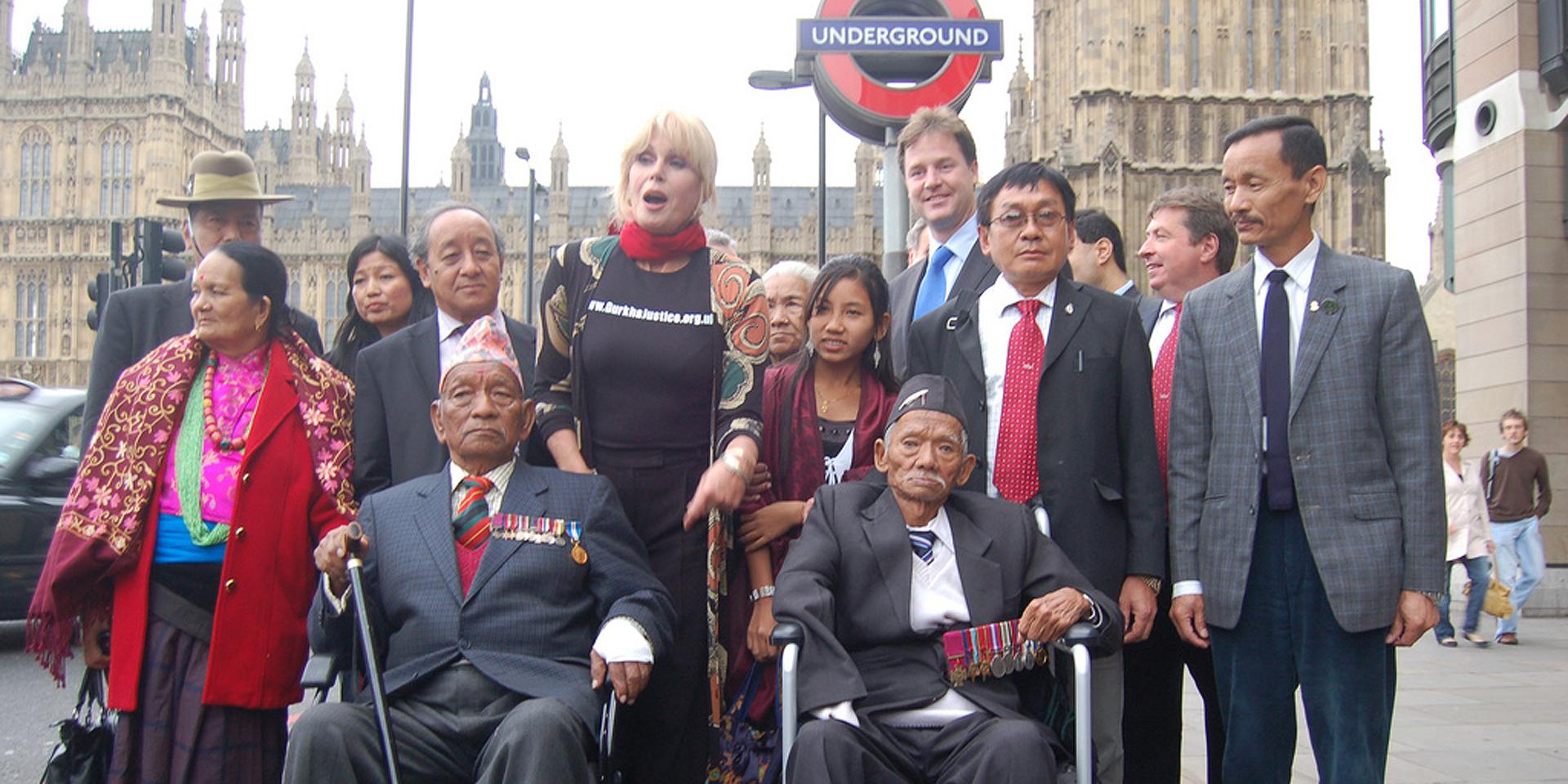 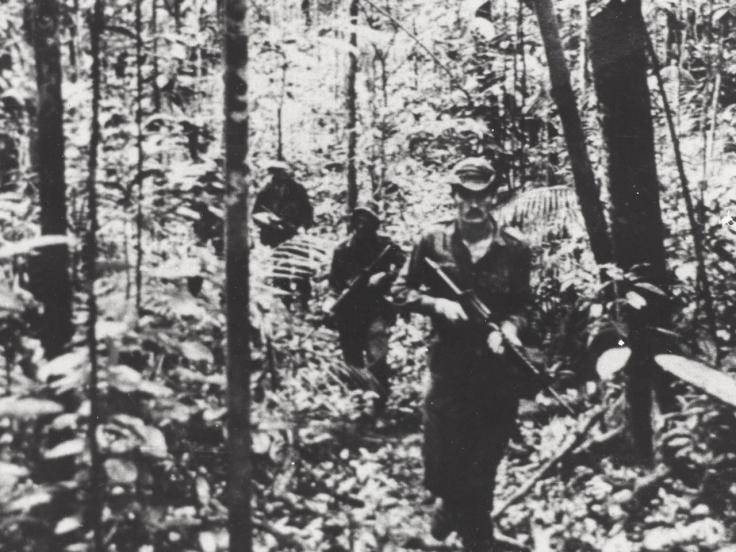