This infantry unit was raised in 1881 and recruited in the northern part of Staffordshire. It continued in British Army service until 1959, when it was merged into The Staffordshire Regiment (The Prince of Wales’s). 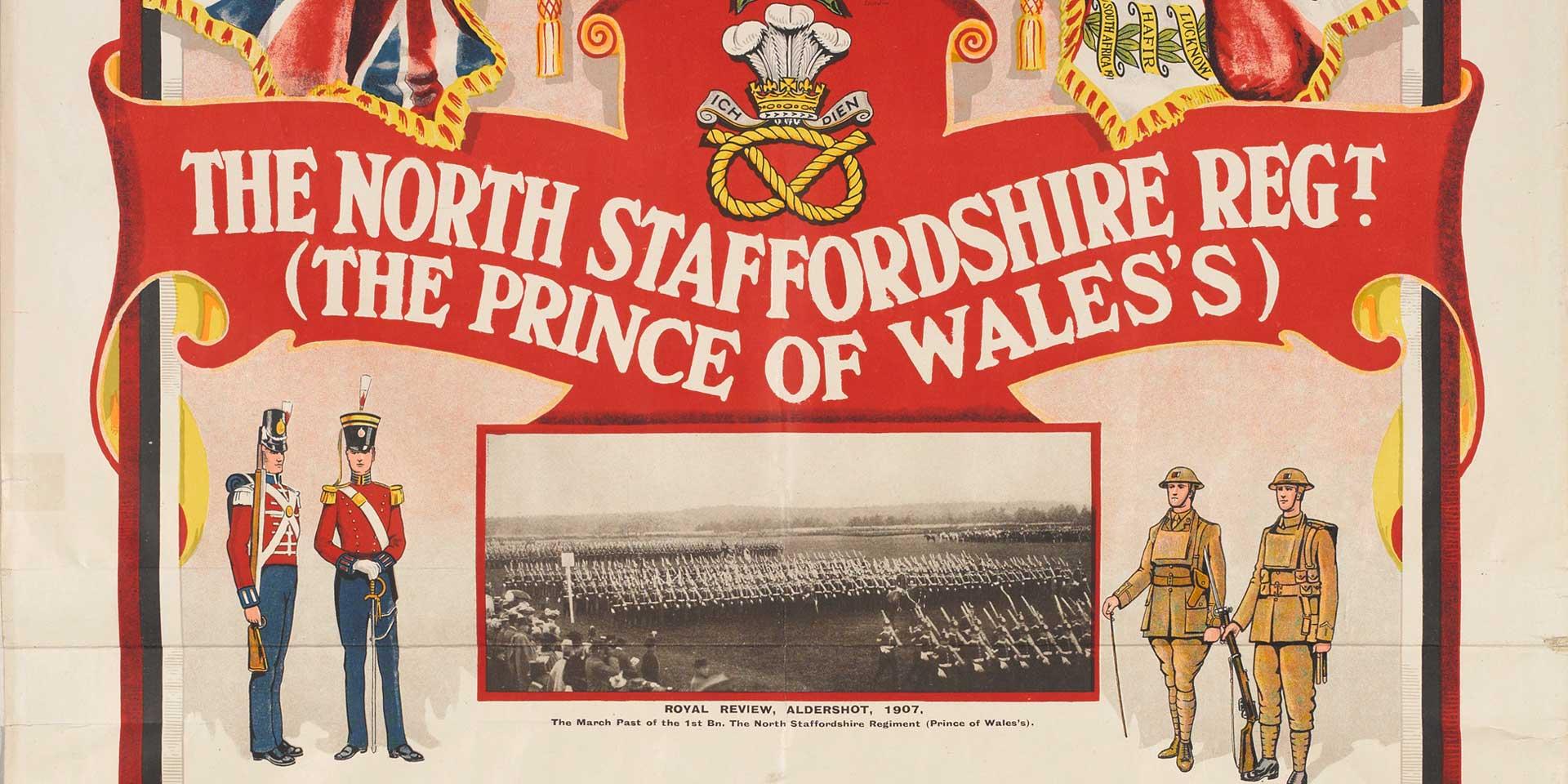 It inherited the 64th’s association with Staffordshire, and was made the regiment for the north of that county. Many of its recruits came from Burton upon Trent, Stafford, Stoke-on-Trent and Tamworth.

1st Battalion was in Ireland when the merger occurred. It moved to England two years later, and then to the West Indies in 1884. It was deployed to Natal in South Africa in 1887, remaining there until 1890, when it moved to Mauritius. By the end of the 19th century, it had also served in Malta, Egypt, Sudan and India.

2nd Battalion was in India at the time of the amalgamation. It only returned to Britain in 1888, having  fought in the Zhob Valley expedition in 1884. It also served in the Boer War (1899-1902), before another Indian posting from 1903 onwards.

Both regular battalions remained in the same theatre throughout the First World War (1914-18) - 1st Battalion on the Western Front and 2nd Battalion in India.

The regiment also raised 16 Reserve, Territorial and New Army battalions during the conflict. Of these, 7th Battalion was sent to Gallipoli in 1915, while the 2/5th helped suppress the Easter Rising in 1916.

In 1919, 1st Battalion was sent to Ireland during the Irish War of Independence (1919-22). Two years later, the regimental title changed to The North Staffordshire Regiment (Prince of Wales's).

1st Battalion then briefly served as occupation troops in Turkey, before arriving in India in 1923 for garrison duties. It remained on the sub-continent until Partition in 1947.

2nd Battalion fought in the Third Afghan War in 1919. It was mainly stationed in England and Northern Ireland during the remainder of the inter-war period, with the exception of several months in Palestine in 1936.

The Territorial 6th Battalion fought in Normandy in 1944, but in the autumn of that year was broken up to supply replacements to other units.

After the war, 2nd Battalion remained in Palestine until the British withdrawal in 1948. That year, the regiment’s two regular battalions moved to Egypt and merged.

The regiment served as occupation troops in Trieste in 1951 and Germany in 1957. It served in Korea at the end of the war there, before garrisoning Hong Kong. 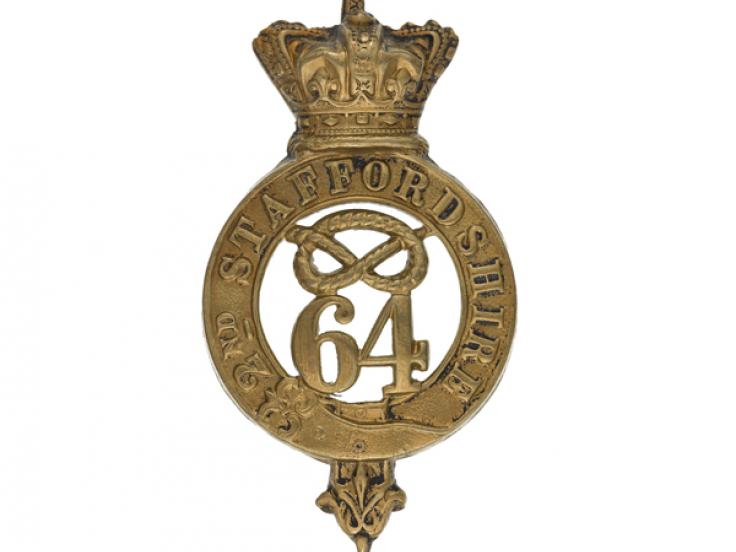 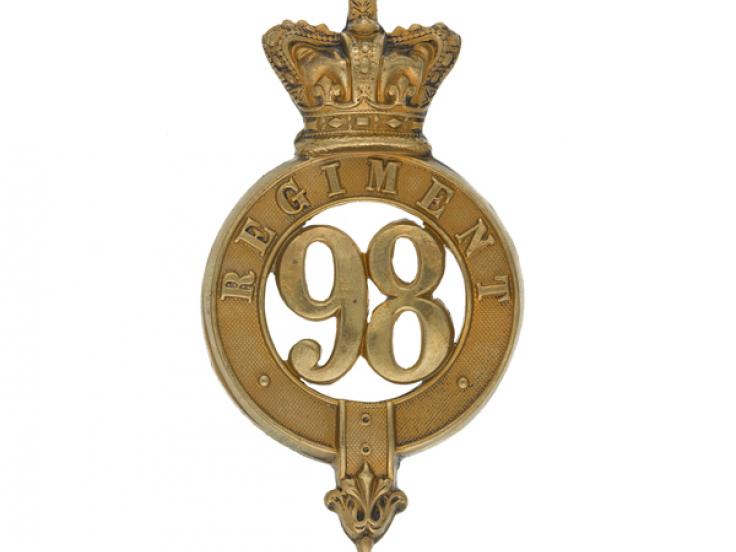 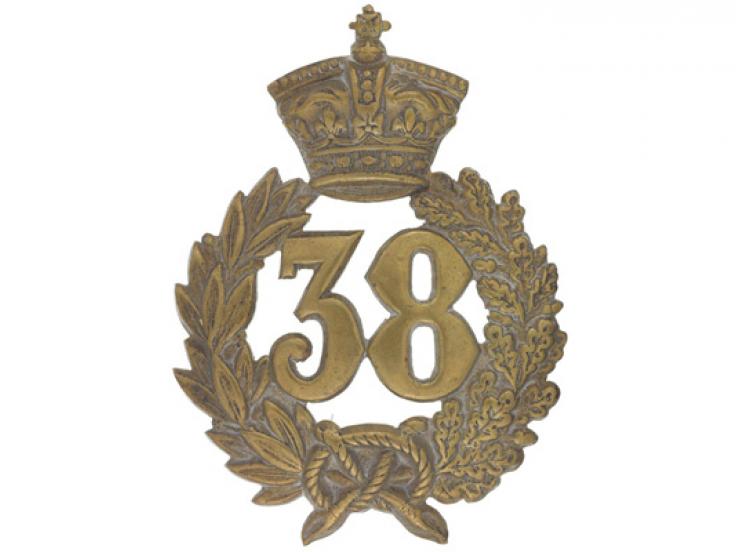 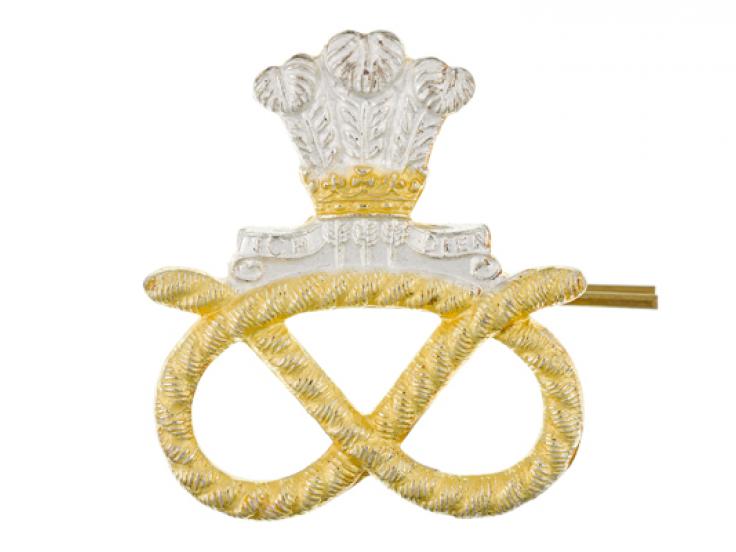 The Staffordshire Regiment (The Prince of Wales's)