This infantry regiment was formed during the 1881 Army reforms. After transferring from the Light Infantry Brigade to the Green Jackets Brigade in 1958, it merged with two other regiments to form The Royal Green Jackets in 1966.

One of the Horsa gliders used in the capture of Pegasus Bridge on D-Day, 1944 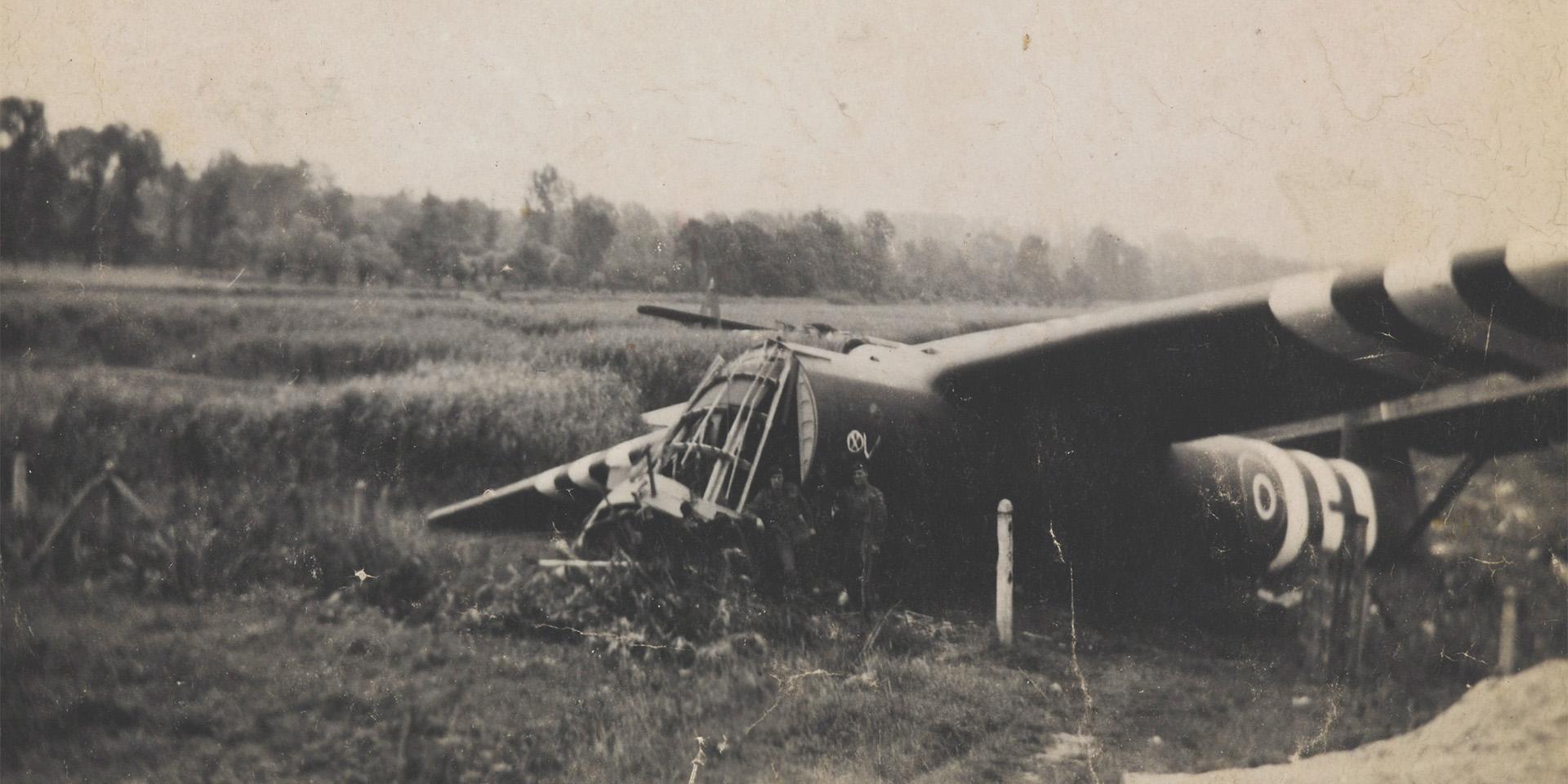 One of the Horsa gliders used in the capture of Pegasus Bridge on D-Day, 1944

As well as continuing the 52nd Foot's association with Oxfordshire, it was also affiliated with Buckinghamshire, although the latter county was only added to its title in 1908.

A private of the Oxford and Buckinghamshire Light Infantry, 1917

1st Battalion was in Burma at the time of the merger and only arrived back in Britain in 1887. Meanwhile, 2nd Battalion moved from England to Ireland in the year of the merger. It was then sent to India in 1884, spending two years in Gibraltar and Egypt en route.

1st Battalion began its own Irish posting in 1893. This lasted until 1899, when it deployed to the Boer War (1899-1902). The latter service included the relief of the besieged British garrison at Kimberley and the Battle of Paardeberg (1900).

2nd Battalion fought in the 1897 Tirah campaign on the North-West Frontier and only returned to Britain in 1903, with 1st Battalion replacing it in India.

2nd Battalion was in Britain on the outbreak of the First World War (1914-18). It deployed straight to the Western Front, where it remained throughout the conflict.

In November 1914, 1st Battalion was sent from India to Mesopotamia, but was captured by the Turks at Kut-al-Amara in April 1916. Reinforcements who had already set sail ended up forming a Provisional Battalion on arrival. This unit was renamed as 1st Battalion in July 1916 and fought on in Mesopotamia for the rest of the war.

The regiment also raised seven Territorial and five New Army battalions during the conflict. These served at home stations, and in Salonika and Egypt, as well as on the Western Front.

A Turkish print celebrating their victory at Kut-al-Amara, April 1916

In May 1919, 1st Battalion joined the British force assisting the White Russians against the Bolsheviks during the Russian Civil War. That same year, 2nd Battalion deployed to Ireland during the Irish War of Independence (1919-21). It was joined there by 1st Battalion in 1920.

Both battalions stayed in Ireland until 1922, when 2nd Battalion was sent back to India and 1st Battalion to England. 1st Battalion later joined the British occupation force in Germany (1925-27), but otherwise it remained on home soil.

On the outbreak of the Second World War (1939-45), 1st Battalion immediately deployed to France, but had to be evacuated from Dunkirk in June 1940. With a German invasion of Britain thought to be imminent, 2nd Battalion was recalled from India, arriving a month after Dunkirk.

Both regular battalions remained in Britain until the Normandy landings in 1944. Members of 2nd Battalion were the first British troops to land on D-Day (6 June 1944). They were dropped by Horsa glider in the early hours of the morning to secure road bridges across the River Orne and the Caen Canal.

Later that year, 1st Battalion took part in the ground advance during Operation Market Garden, while 2nd Battalion was again dropped by glider during the Rhine Crossings in 1945.

The regiment's Territorial battalions fought in Tunisia, Italy and the Far East. Two companies of its Buckinghamshire Battalion joined T-Force, the unit sent to capture German scientists late in the war.

Bofors gun guarding the bridges over the Caen Canal with Horsa gliders in the background, Normandy, 1944

'British Cross the Rhine: All eyes skywards as airborne troops go over', March 1945

The regiment's final independent deployments as the Oxfordshire and Buckinghamshire Light Infantry were to Egypt in 1951, Germany again in 1954, and Cyprus in 1956.

In 1958, it transferred from the Light Infantry Brigade to the Green Jackets Brigade, joining two rifle regiments, The King's Royal Rifle Corps and The Rifle Brigade (Prince Consort's Own). It was renamed the 1st Green Jackets (43rd and 52nd), officially switching from light infantry to rifles status in 1963.

The regiment continued to serve in Cyprus until 1959, before deploying to Borneo in 1962 and then returning to Germany in 1965.

On 1 January 1966, the three regiments of the Green Jackets Brigade were amalgamated to form The Royal Green Jackets.

Explore the history and collections of the The Oxfordshire and Buckinghamshire Light Infantry by visiting the Soldiers of Oxfordshire Museum in Woodstock. 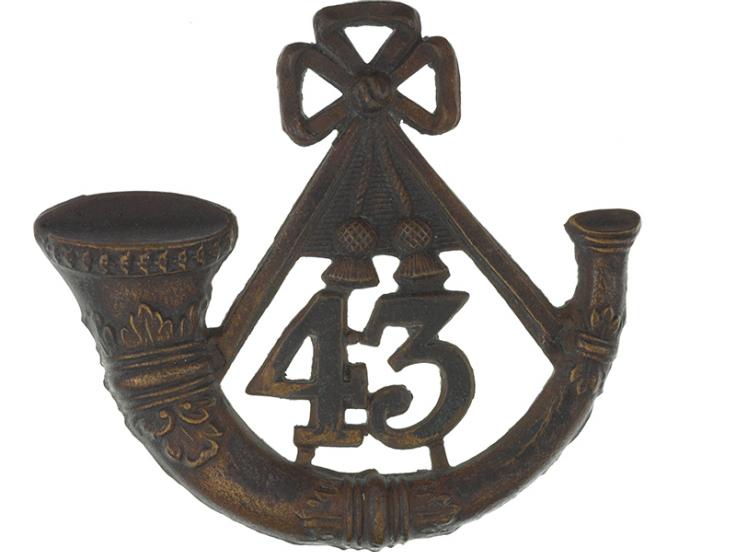 This infantry regiment was raised in 1741. It continued in British Army service until the 1881 reforms, when it was merged to form the Oxfordshire Light Infantry. 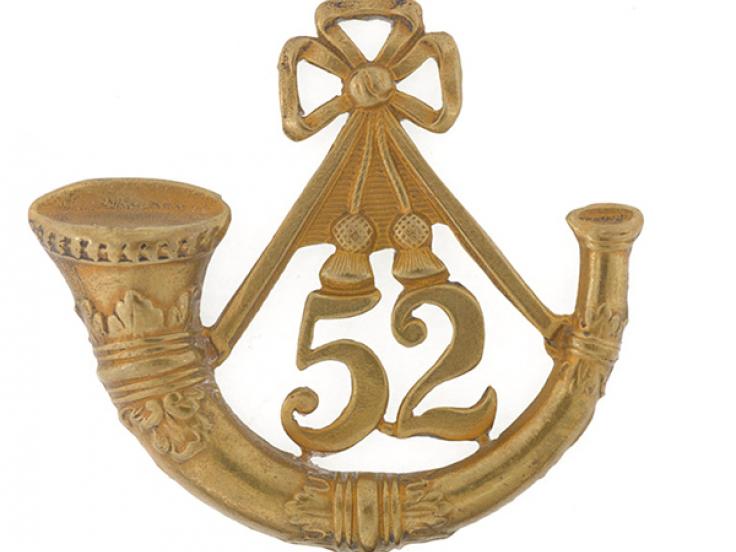 This infantry regiment was raised in 1755. It continued in British Army service until the 1881 reforms, when it was merged to form the Oxfordshire Light Infantry. 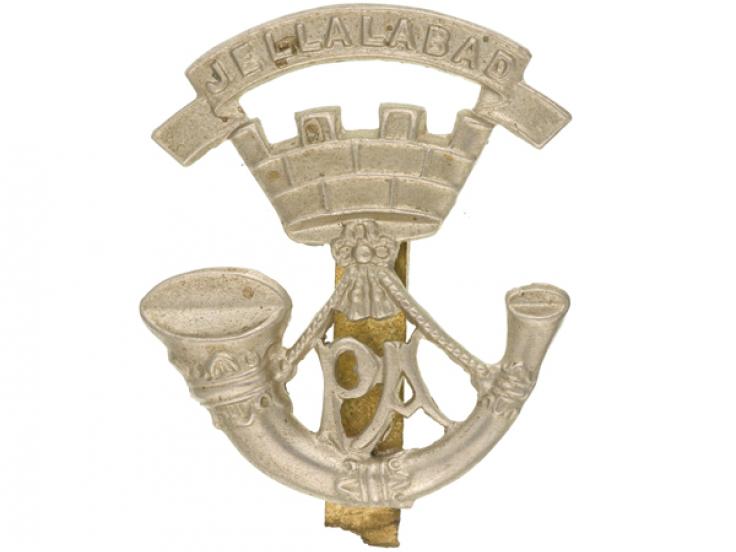