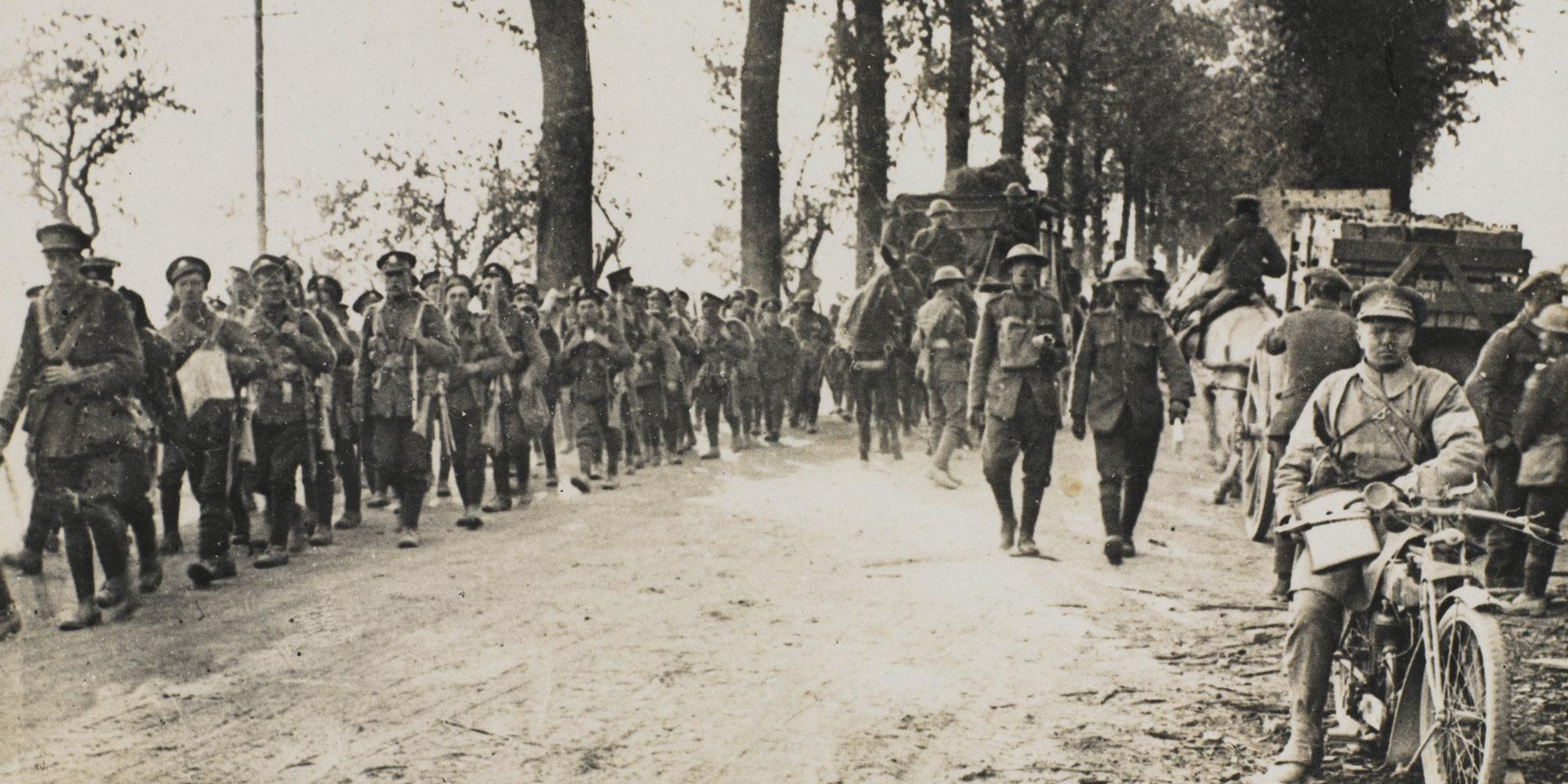 During the 1881 Army reforms, the 63rd (West Suffolk) Regiment and 96th Regiment were merged to become The Manchester Regiment. Unusually, this new unit perpetuated the territorial association from the junior regiment, not the senior. That junior regiment, the 96th Foot, became the new unit’s 2nd Battalion.

Both battalions saw action against Arabi Pasha’s revolt in Egypt in 1882 and also undertook garrison duties at various locations around the British Empire, including Malta, India, Aden, Gibraltar and Ireland in the following two decades. In 1897, 2nd Battalion also served on the North-West Frontier during the tribal uprising there.

During the Boer War, the regiment raised two more regular battalions, the 3rd and 4th. The former was stationed on St Helena and in South Africa, and the latter mainly in Ireland. They were both disbanded in 1906.

Troops from the 1st Manchester Regiment in Mesopotamia, c1917

On the outbreak of the First World War (1914-18), 2nd Battalion was still in Britain and so deployed straight to France in August 1914. It stayed on the Western Front throughout the conflict. In 1916, the poet Wilfred Owen was commissioned into it. Owen remained with the battalion until his death in 1918.

In August 1914, 1st Battalion left India for France, arriving in September. It served on the Western Front until December 1915, when it moved to Mesopotamia for two years. It transferred to Egypt in April 1918 and then Palestine two months later.

The regiment also raised 19 Territorial and 16 New Army battalions for the conflict. Some of these served at Gallipoli (1915) and Salonika (1915-18), as well as in France and Flanders, and at home stations.

After the war, in 1919, 2nd Battalion moved to India for a year, followed by two years in Iraq. It then returned to India until it deployed to the Sudan in 1932. Meanwhile, 1st Battalion saw action during the Irish War of Independence (1919-21), before serving as occupation troops in Germany during the 1920s and garrisoning the West Indies and Egypt in the 1930s.

Captain Michael Trotobas of The Manchester Regiment and SOE, c1942

On the outbreak of war in 1939, 2nd Battalion was stationed in Britain and deployed straight to France in September. It had to be evacuated from Dunkirk in June 1940 and remained in Britain recovering and re-equipping until June 1942, when it was sent to India and then Burma, seeing action at Imphal-Kohima in 1944.

1st Battalion had deployed to Singapore in 1938 and was captured by the Japanese in February 1942. A few months later, in May 1942, the regiment’s 6th Battalion was renumbered 1st Battalion to replace it.

The new 1st Battalion remained in Britain until June 1944, when it landed in Normandy. It went on to fight at Caen and Falaise (1944). From there, it fought its way across North-West Europe reaching Hamburg by the war’s end.

1st Battalion’s initial post-war role was as occupation troops in Germany. Meanwhile, 2nd Battalion returned to Britain on the partition of India in 1947. The following year, the two battalions were amalgamated.

Explore the history and collections of the Manchester Regiment by visiting the regimental museum at the Town Hall in Ashton-under-Lyne. 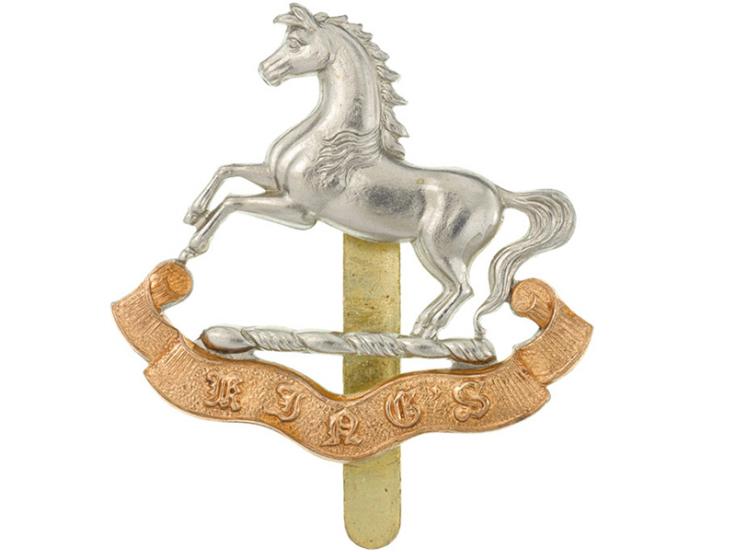 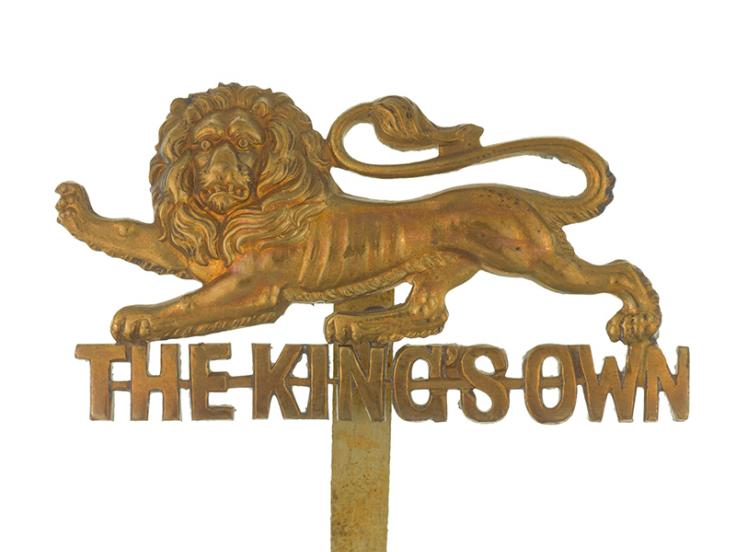