Formed in 1796, this corps provides religious and pastoral support to soldiers. Its officers, all ordained priests, have taken part in most British Army deployments. 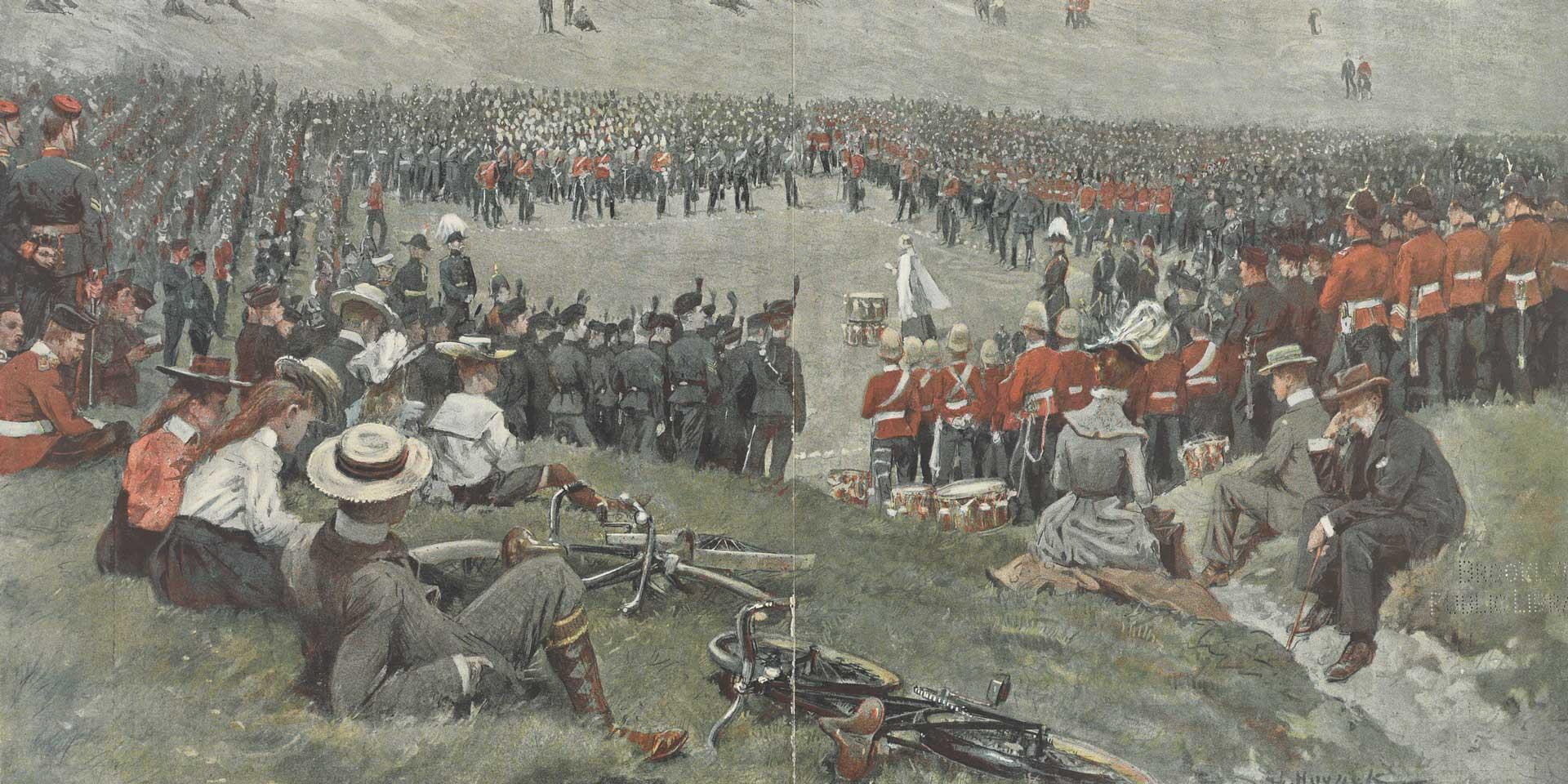 During the British Civil Wars (1639-51), many Parliamentarian army units had a strong religious element. But formal religious provision to soldiers only began in 1796, when the government formed the Army Chaplains’ Department. Its first Chaplain General was the Reverend John Gamble.

Ever since, the Department has provided spiritual support, pastoral care and moral guidance to soldiers. Its personnel are ordained in the church, but hold ranks equivalent to ordinary officer ranks. However, they are all referred to as ‘padre’, regardless of their equivalent rank.

Initially, only troops belonging to the Church of England received religious guidance. But in 1836, following Catholic emancipation, the Department took on its first Roman Catholic clergy.

Members of the Department took part in all of the Army’s campaigns in the 19th century. In the early stages of the Crimean War (1854-56), only one chaplain was available to minister for the entire British force deployed there. The subsequent public outcry led to 60 more being funded by the Society for the Propagation of the Gospel.

In 1858, the Department recruited its first official Presbyterian chaplains. It then began recruiting Methodist chaplains in 1881 and Jewish chaplains in 1892. The latter also had a separate Star of David cap badge.

Which of the following is the motto of the Royal Army Chaplains' Department?

God is with us
In god we trust
In this sign conquer
Did you know?

According to legend, the words 'In this sign conquer' were seen by Constantine, Rome’s first Christian emperor, in his vision of the cross before victory at the Battle of the Milvian Bridge in 312. The motto is displayed on Christian chaplains’ cap badges only.

Several chaplains were criticised for their jingoism during the First World War (1914-18). Father Bernard Vaughan, for example, stated that it was the soldiers’ ‘business to keep on killing Germans’.

Many others gained the respect of ordinary soldiers by serving alongside them in the trenches. Geoffrey Studdert Kennedy gained the nickname ‘Woodbine Willy’ by handing out cigarettes, while Neville Talbot and ‘Tubby’ Clayton founded the Talbot House social centre in Poperinghe in 1915.

Three chaplains were awarded VCs for their actions in the war. Many more were decorated, often for bringing in wounded men. Overall, 179 chaplains died during the conflict. To mark the Department's contribution, King George V granted it the ‘Royal’ prefix in 1919.

The Department continued its work throughout the Second World War (1939-45), introducing a ‘Padre’s Hour’ and training chaplains to meet the needs of new units with different roles, such as the Parachute Regiment. Altogether, 96 British and 38 Commonwealth Army Chaplains died during the war.

Chaplains are usually provided to bases or units, often in a set of three (Anglican, Catholic and Non-Conformist). They have non-combatant status and are banned from carrying weapons, even on parade.

All Army chaplains are expected to minister to and provide pastoral care to any soldier who needs it, no matter their denomination or faith, or lack of it. 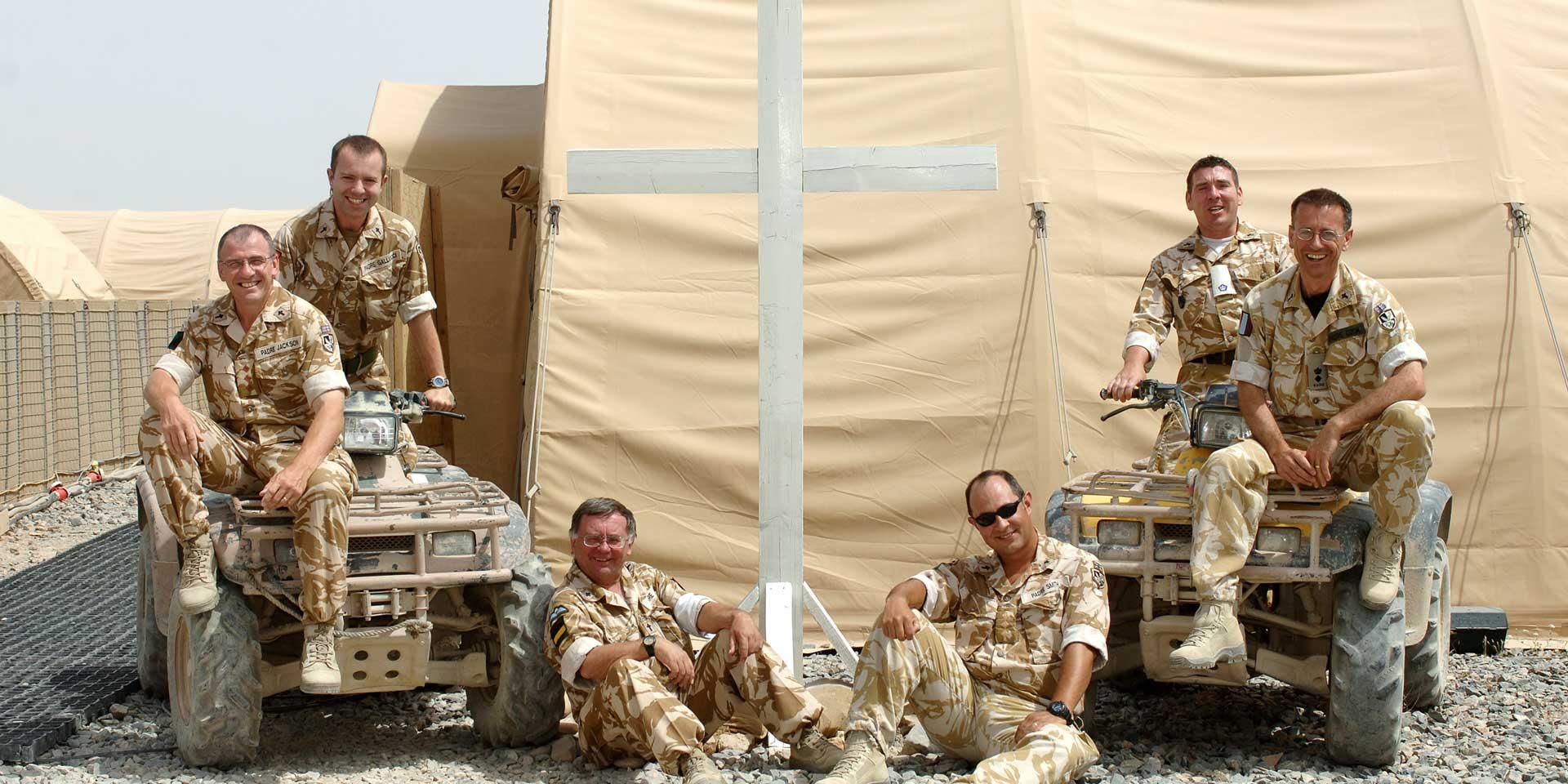 Explore the history and collections of the Royal Army Chaplains' Department by visiting The Museum of Army Chaplaincy at Shrivenham in Wiltshire.

The Museum of Army Chaplaincy