The Battle of Valenciennes, 1793

The Battle of Valenciennes, 1793

The unit was formed as the Earl of Peterborough’s Regiment of Horse in June 1685 by merging four of the independent troops of horse raised to fight for King James II against the Monmouth Rebellion. These had been raised in Hounslow, Edgware, London and Yorkshire respectively.

Three years later, the new unit went over to James's rival William III, fighting for him at the Battles of the Boyne (1690) and Aughrim (1691) in Ireland. At the latter, its charge alongside the Royal Horse Guards helped win the battle.

After a short period opposing highwaymen in what is now south London, the regiment then spent 1694 to 1698 fighting for William in the Low Countries.

During the War of the Spanish Succession (1701-14), it fought in Portugal and Spain, charging at Almanza (1707) and Almenar (1710), but being overwhelmed and captured by superior forces at Brihuega (1710). Soon after, it returned to Britain via a prisoner exchange.

The regiment fought against both the 1715 and 1745 Jacobite rebellions, becoming dragoon guards shortly after the latter campaign. This period also saw it renamed 'The Princess of Wales's' and then 'The Queen's Own' after Caroline, the wife of King George II. In 1751, the unit was retitled again as the 2nd (The Queen's) Regiment of Dragoon Guards.

In 1767, the regiment's custom of only riding bay-coloured horses was recognised in its title, becoming the 2nd Dragoon Guards (Queen's Bays).

It fought in Germany, the Low Countries and northern France during the first three years of the French Revolutionary Wars (1793-1802). This included the Battle of Valenciennes (1793) and service as infantry at the siege of Dunkirk in 1793, where the ground was too marshy to operate as cavalry. The regiment returned home at the end of 1795.

It returned to the Continent in the aftermath of Waterloo (1815), joining the Army of Occupation for three years.

Following a long period of policing and garrison duties at home, the unit next deployed to India after the outbreak of mutiny there in 1857. It went on to help capture Lucknow in 1858.

It then spent most of the remainder of the 19th century garrisoning India or on home service. It also deployed to the Boer War (1899-1902) in 1901, taking part in the anti-guerrilla operations there, and sustaining heavy losses at Leeuwkop in 1902.

The regiment was renamed the Queen's Bays (2nd Dragoon Guards) in 1921 and spent the inter-war period in Egypt, India and England, where it mechanised with light tanks in 1937. Two years later, it joined the Royal Armoured Corps.

It fought in northern France in May and June 1940, before evacuating from Brest. By November 1941, it had recovered and re-equipped, deploying to North Africa and fighting at Gazala and the First and Second Battles of Alamein in 1942. At one point in the campaign, it remained in action continuously for a record 19 days - longer than any other armoured regiment in that theatre.

After taking part in the Tunisian campaign in 1943, it moved to Italy in May 1944, fighting in several engagements including the Battle of Argenta Gap (1945).

The regiment remained in the Mediterranean until 1947. This was followed by six years in West Germany with the British Army of the Rhine from 1948, and three years in Libya and Jordan from 1954.

Explore the history and collections of the Queen’s Bays (2nd Dragoon Guards) by visiting Firing Line: Cardiff Castle Museum of the Welsh Soldier. 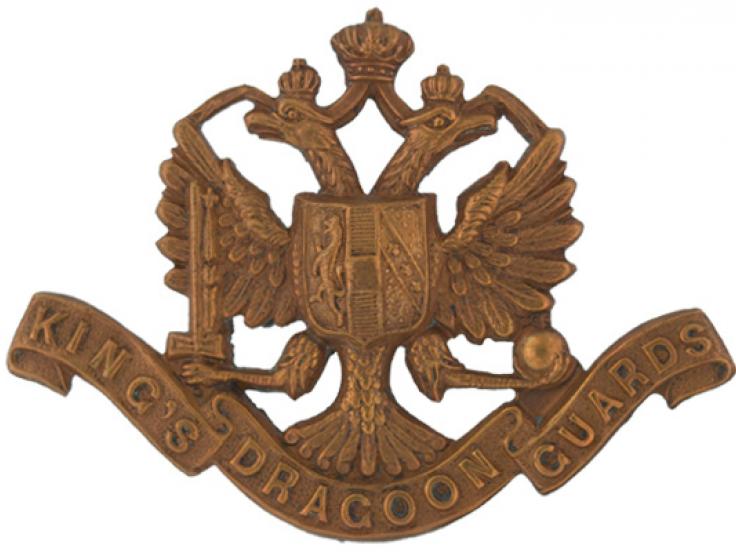