The 6th (1st Royal Warwickshire) Regiment on exercise while stationed at Portsmouth, 1843 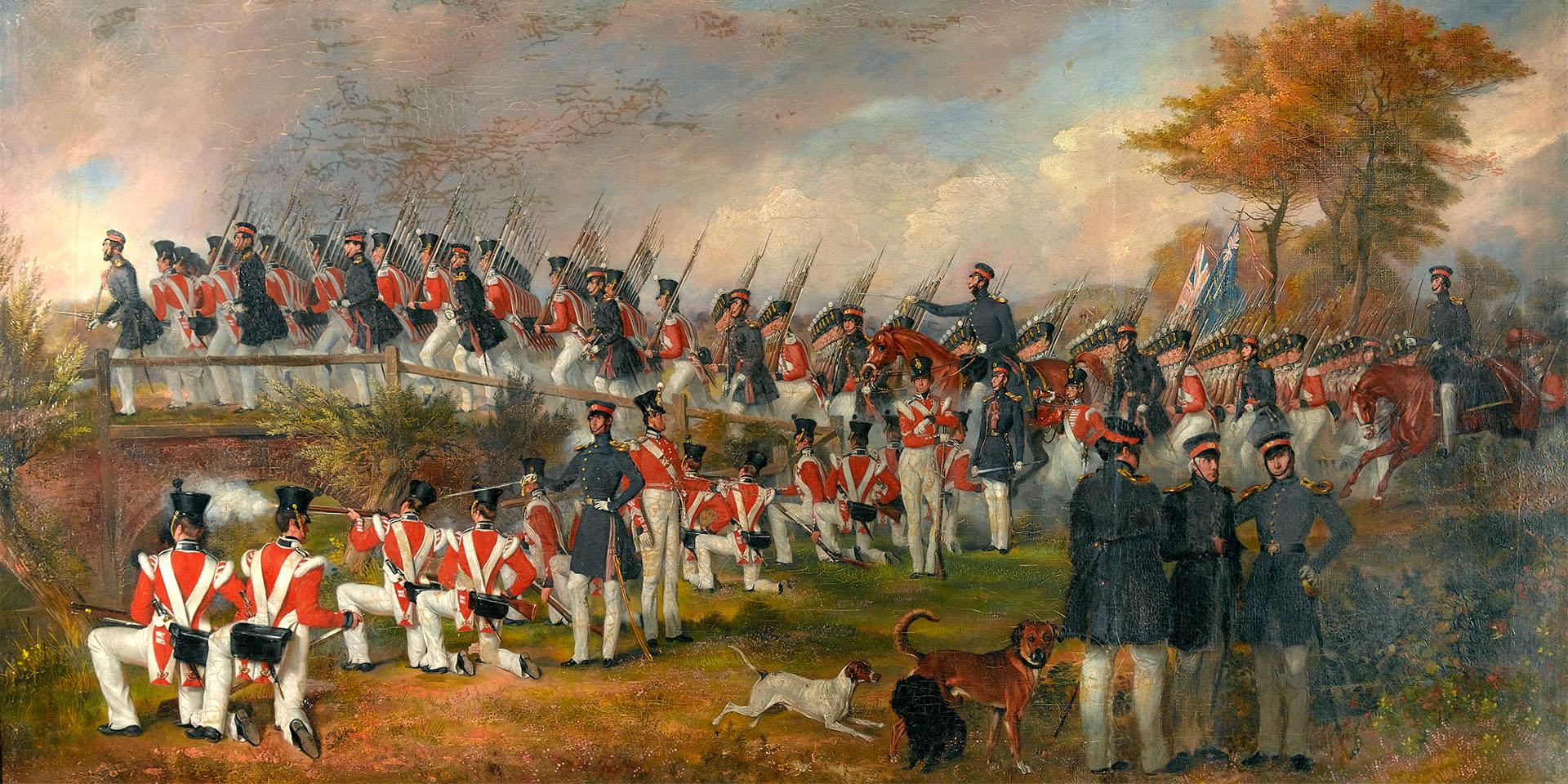 The 6th (1st Royal Warwickshire) Regiment on exercise while stationed at Portsmouth, 1843

In 1674, King Charles II signed the Treaty of Westminster bringing an end to three years of conflict with the Dutch Republic. As part of the settlement, four auxiliary regiments were raised and transferred to the Dutch army for service against the French. One of these was formed in England by Sir Walter Vane.

In 1685, the regiment briefly returned to England to help Charles’s brother and successor, James II, suppress the Monmouth Rebellion. Three years later, it accompanied William of Orange, leader of the Dutch Republic, on his successful invasion of England. Remembered as the ‘Glorious Revolution’, this resulted in William replacing James on the throne.

Now formally part of the English Army, the regiment continued to fight for William during the Nine Years War (1689-97).

First, it served in Ireland, fighting at the Boyne (1690) and Aughrim (1691), and taking part in the sieges of Athlone and Limerick. It then alternated between England and Flanders - including service at Steenkirk (1692) and the Siege of Namur (1695) - before returning to Ireland in 1698.

The regiment was involved in raids along the Spanish coast in the early years of the War of the Spanish Succession (1701-14). It subsequently saw action at the Siege of Barcelona (1705), the Battle of Almanza (1707) and the capture of Minorca (1708).

In 1741, the unit was in the West Indies and took part in the expedition to Cartagena de Indias, in what is now Colombia. It remained in the West Indies during the early part of the War of the Austrian Succession (1740-48), but was forced to return to England after suffering heavy losses to disease.

Legend has it that Hannah Snell enlisted in the regiment in 1745, disguised as a man. She is said to have deserted at Carlisle during the campaign to suppress the Jacobite Rebellion, before joining the Marines. She was later buried at the Royal Hospital Chelsea. During the rebellion, the regiment fought at Prestonpans (1745) and Culloden (1746).

In 1751, it was officially named the 6th Regiment of Foot, recognising its senior status in the line infantry order of precedence. Two years later it moved to Gibraltar where it stayed for the next 19 years.

After campaigning in New York in 1776, the regiment was so understrength that its remaining men were drafted to other units, while a cadre of officers returned to England to re-recruit.

The regiment was deployed to the West Indies once again during the French Revolutionary Wars (1793-1802), taking part in the invasions of Martinique and Guadeloupe (both 1794). It returned home in 1795 and was then sent to Ireland to face the rebellion of 1798.

The 6th Foot raised a 2nd Battalion in 1804. This was used mainly for home service until its disbandment in 1815.

It returned from North America in 1815 and served in the Army of Occupation in France following Napoleon’s final defeat at Waterloo (1815).

Miniature of an officer of the 6th Regiment, wearing a shoulder belt plate that features an antelope emblem, c1810

In 1832, King William IV granted the regiment a ‘Royal’ prefix. It was also around this time that the 6th Foot is thought to have started keeping an antelope as a mascot, inspired by the antelope emblem on its ‘ancient badge’.

This tradition continued until recent times through its successor unit, the Royal Regiment of Fusiliers. 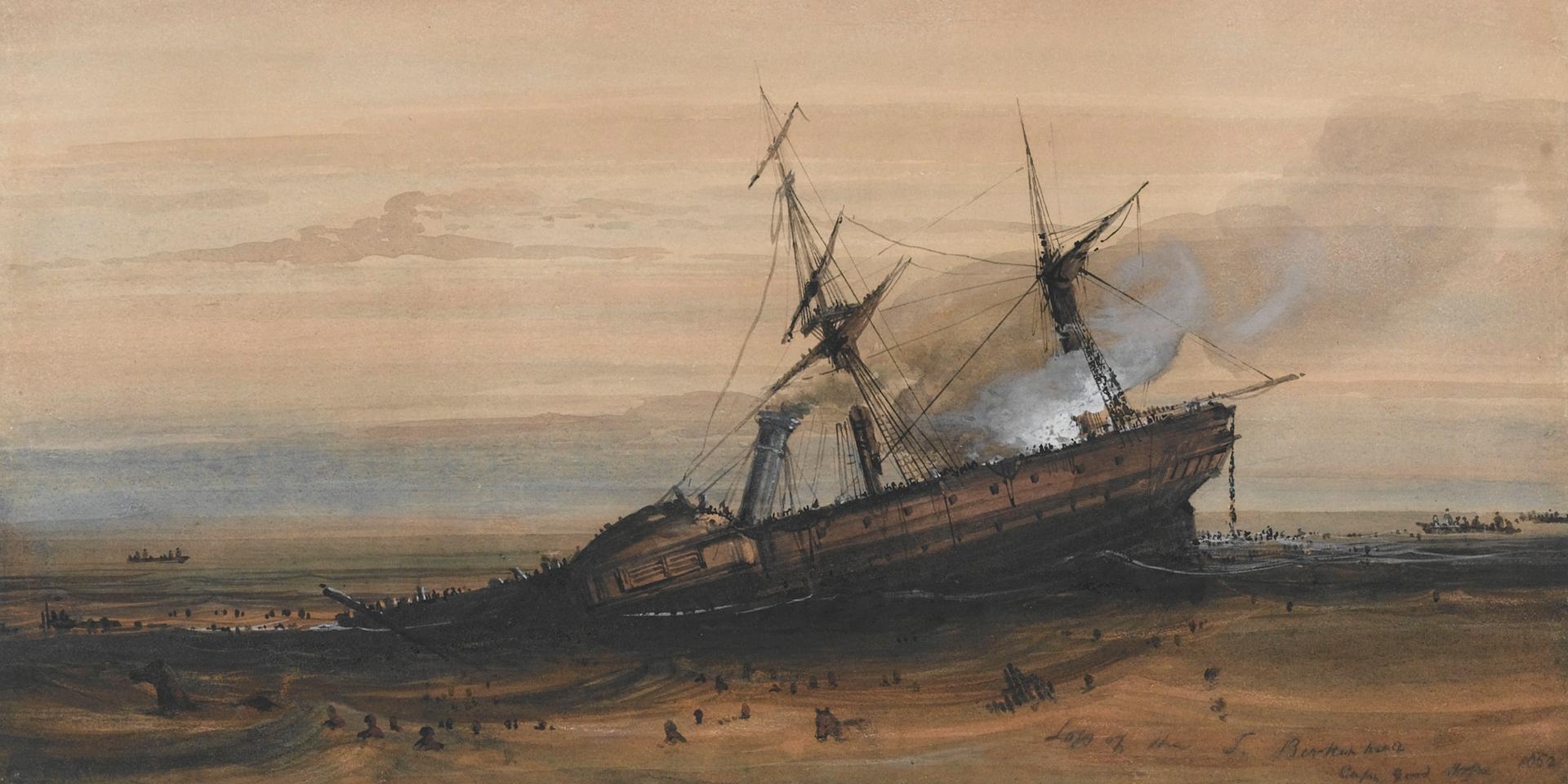 It moved to South Africa in the 1840s, where it served in the Seventh and Eighth Cape Frontier Wars (1846-47 and 1850-53). Reinforcements for the regiment were aboard the troop transport 'Birkenhead' when it sank off the Cape of Good Hope in 1852.

Its regimental depot was established at Warwick in 1873. At this time, 1st Battalion was in India again, where it had taken part in the Black Mountain Expedition on the North-West Frontier in 1868.

During the Army reforms of 1881, it was officially renamed the Royal Warwickshire Regiment, but it was otherwise unchanged.

2nd Battalion spent the next 15 years in India and Ceylon (now Sri Lanka), before deploying to the Boer War (1899-1902) in 1899. In South Africa it suffered heavy losses from disease so was transferred to guard Boer prisoners on Bermuda in 1901. It returned home in 1902

Meanwhile, 1st Battalion was on campaign in Egypt and Sudan from 1896 to 1898, fighting at Atbara and Omdurman (both 1898). It then replaced 2nd Battalion in India, a posting that included further service on the North-West Frontier in 1908.

‘The Warwicks skirmishing with Boers near Weppener, East of Bloemfontein’, c1901

During the First World War (1914-18), the regiment raised 31 Regular, Territorial, Reserve and New Army battalions consisting of 47,500 men. These served in France and Belgium, Italy, Gallipoli and Mesopotamia. The regiment lost about 11,000 men during the conflict.

Its officers included Bernard Montgomery, who was badly wounded on the Western Front in 1914, and William Slim who served at Gallipoli and in Mesopotamia.

Eleven battalions of The Royal Warwickshire Regiment served at home, in Europe, the Middle East and the Far East during the Second World War (1939-45). 1st Battalion spent most of the conflict on garrison duties in India, although it did fight in the final stages of the Burma campaign.

In 1940, the 2nd, 1/7th and 8th battalions fought in Belgium and France. They took part in the retreat to Dunkirk, holding the Germans on the Escaut Canal and at Wormhoudt where some were massacred by the SS. Later, the 2nd and 1/7th Battalions were part of the D-Day landings in 1944.

By 1948, both regular battalions were back in England, 1st Battalion from India and 2nd Battalion from Palestine. They merged to form a single-battalion regiment within the new Forester Brigade (originally known as the Midland Brigade).

Discover more about The Royal Warwickshire Regiment by visiting The Fusilier Museum in Warwick. 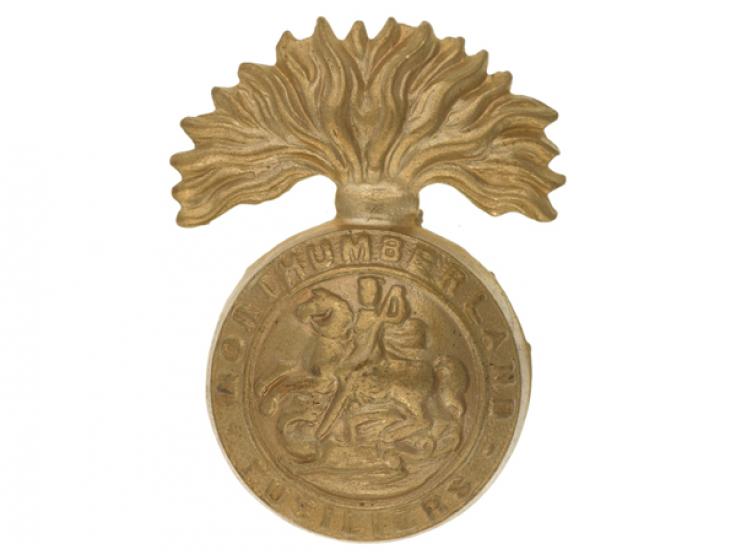 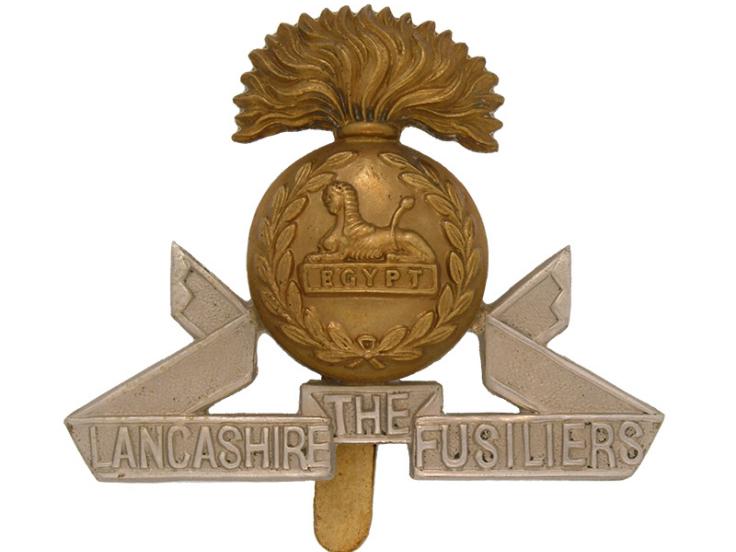 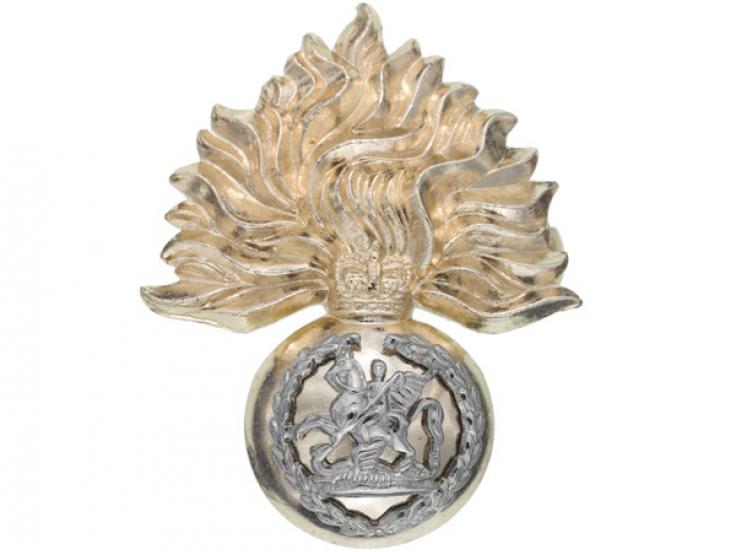 This infantry regiment was raised in 1678 and recruited in south-west Scotland. It fought in many British Army campaigns until 1959, when it was merged into The Royal Highland Fusiliers.